Consulting for The Toys That Made Us film

by Thita (admin) on February 7, 2018
in Community Articles

Back in 2016, theBrickBlogger was contacted by a production company looking to create a documentary about toys. To be more specific, they wanted to look at iconic toys that shaped the fans of today. The goal was to pick out eight major toy lines and focus in on their social impact. As you can imagine, LEGO was one of the toy brands at the top of their list. As I have experience with a wide range of media, along with extensive knowledge about LEGO, plus had some free time, I was selected to work with them. It sounded like an interesting project, so I was excited to have this opportunity. Today, I wanted to share with you about what it was like to consult for The Toys That Made Us documentary. 🙂 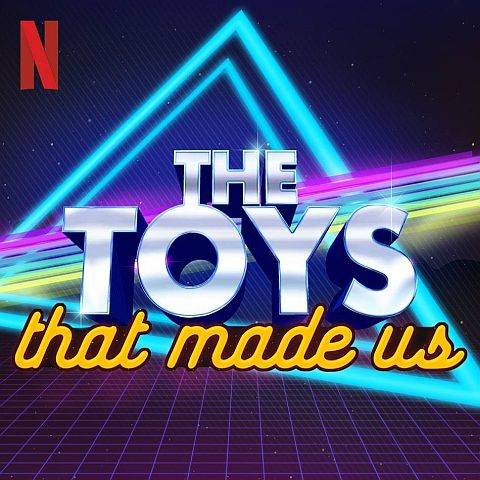 I guess the best place to start is to cover what was involved with this project and what I needed to do. First, I coordinated with one of their heads of production to set up a phone conference with them, their lead researcher, and myself. Fortunately, we all were in California so didn’t have a problem with time differences. The conversation lasted probably two to three hours. Once you get me started talking about LEGO, it’s kind of hard for me to stop! This was back in 2016, and their goal at that point was to get a baseline for directions to take the documentary.

The team was familiar with the various documentaries out there and wanted to make sure that they didn’t end up with a copy and paste on the history of LEGO. With most of the toys they had in mind, a history lesson would be perfectly fine, since those toys didn’t have that many documentaries about them. However, there has been so many films and publications on LEGO’s history, they wanted to produce something different. So their initial questions really centered on my opinion as a fan as well as other opinions I’ve noticed from other fans.

Some of the questions I remember were, “What’s the most ridiculous things LEGO has done in the minds of fans?” and “Are there any famous fans that might surprise someone?” Along with these were some solid historical questions that I hadn’t seen addressed in other documentaries like, “What holy grail sets are there?” and “Are there any myths about LEGO that have been mentioned by fans over the years?”

After the first phone call, I stayed loosely in touch with the lead researcher by sending him any interesting articles about LEGO that I thought he might find useful. I chose news pieces that related to various things we spoke about in our call.

Then in the middle of 2017, when the bulk of the research really got started, I had one more phone call with just the head researcher. This second conversation was somewhere between an hour and two hours. This time, they wanted to prepare themselves for a trip to Denmark. To make the experience as productive as possible, we discussed the best people to talk to, and we also bounced around some ideas about questions to ask.

At this point, my part in the making of the LEGO section of The Toys That Made Us was mostly over. But I also happened to be able to participate in another way, which came about by chance. During our previous conversations, I was asked if I didn’t mind being filmed. I said, “yes,” but turns out that they didn’t need me for that. They also mentioned that pictures might be asked for, but again they didn’t contact me.

Fast forward to January 2018. At my local LEGO User Group, one of our members was asked at a convention if he would like sharing photos of his collection for the LEGO episode of The Toys That Made Us documentary. He was given a business card, which, unfortunately, he lost. So not wanting to let this opportunity pass our club by, I reached out to my previous contacts to see if I could figure out who spoke with my friend.

Success was on my side, and I was able to track down the woman our club member met, and got her contact info. This gave an opportunity for our club members to send in pictures of their collection that, hopefully, will be included in the documentary. But I didn’t want to stop there. As I knew I was going to write this article, I also thought to let our readers on the opportunity to share their LEGO collections with the producers. Of course, this might break the lady’s email account, so I asked how this could be done. She suggested sharing photos at The Toys That Made Us Facebook page. 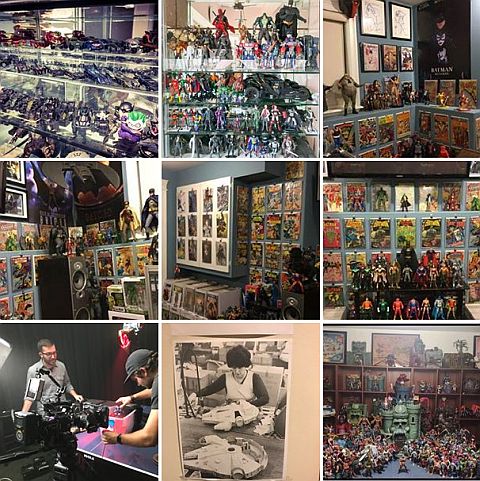 What they are looking for are pictures with as much of your collection as you can possibly squeeze into one shot. It doesn’t matter if it’s built official LEGO sets, custom creations, sets, or LEGO sets in boxes – as long as it’s LEGO, it’s good! However, if you’re like me, it might be hard to fit your entire LEGO collection in one shot, unless you back up really far. So, what I did was sending in a series of three pictures that covered a decent portion of my collection. If you would like to participate, keep in mind that the sooner you send in your pictures the better. I was told that although there is no set date yet at the time of this writing, the next wave of the episodes (which also includes the section on LEGO) is only a few months off.

And to go back to my discussions with the producers, you might be wondering what answers I gave to their questions. Keep in mind that my contributions in this regard may or may not be used in the documentary, but I thought it might be interesting to share them here.

For the holy grail set, I mentioned the #10179 LEGO Star Wars Ultimate Collector Series Millennium Falcon from 2007. At the time of the discussion, a re-release of the Falcon was rumored, but nothing was officially announced. I also mentioned that tastes vary and some good alternative answers are the iconic #375 LEGO Classic Yellow Castle 1978, the #3450 LEGO Statue of Liberty from the year 2000, the LEGO monorail sets, and I might have also mentioned the #1989 LEGO Pirates Black Seas Barracuda from 1989. 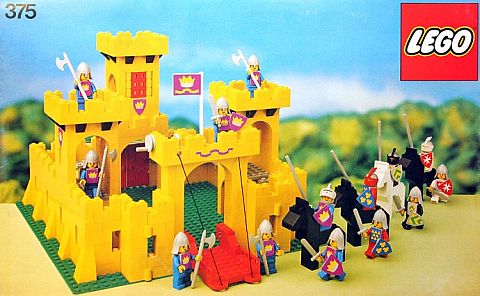 For myths about LEGO, I could only think of one. Rumor has it that all the old moulding trays that LEGO retired through the years are placed in an underground secret vault. However, during tours at LEGO’s headquarters at Billund, Denmark, the tour guides make it sound like the trays are mixed in with the concrete foundation of the buildings. This doesn’t make a whole lot of sense though, considering they would need to continuously re-pour concrete. So does this mean that LEGO really does have a secret vault where they keep the retired moulding trays? Well, that’s what rumors say…

As for famous people who like LEGO, I can remember mentioning two names during the discussions. The first was Ed Sheeran, who’s actually not too surprising since he did write the song The LEGO House. The other name I can recall was Finn Balor, who is a famous professional wrestler currently signed to World Wrestling Entertainment, Inc.

Oh, and if you were wondering, I was not compensated for my contributions to The Toys That Made Us documentary. That’s not to say I didn’t ask. As I told the producer, I’m always looking for more ways to buy LEGO. But compensation or not, participating in making the film was very fun. I even proceeded to convert the producer and the head researcher into becoming LEGO fans. And wouldn’t you know it, my last conversation with the head researcher revealed the producer did pick up one of the larger sets, which I believe was the #10247 LEGO Creator Ferris Wheel.

That’s all for now! Hopefully, you get a chance to share pictures of your own LEGO collection at The Toys That Made Us Facebook page. And like most of you, I can’t wait to check out the episode about LEGO! In case you are not familiar with the series, the first four episodes began streaming on Netflix at the end of last year focusing on Star Wars, He-Man, Barbie, and G.I. Joe toy lines. The remaining four episodes will cover LEGO, Transformers, Hello Kitty, and Star Trek. Below is the trailer for the series.

What do you think? Have you watched any of the previous episodes of The Toys That Made Us documentary? Which toys, besides LEGO, had an impact on your life? How would you have answered the questions they producers asked me? And are you planning to share your LEGO collection with the producers? Feel free to share your thoughts and discuss in the comment section below! 😉