by Thita (admin) on February 20, 2018
in Featured LEGO Creations

The SpaceX Falcon Heavy, carrying Elon Musk’s Tesla Roadster as a dummy payload, has captured the imagination and excitement of people all over the world. The Falcon Heavy’s maiden launch on February 6th of this year was a truly historic event, and adding Elon’s own personal vehicle only made it more fun and engaging to the general public. Many people were glued to their screens watching the YouTube live feed as the Roadster was drifting into space on its way to reach Mars’ orbit. The launch of the Falcon Heavy was to demonstrate that it can carry payloads (including humans) to the Moon and Mars, and while it may take a bit to make that happen, it is definitely a possibility. 🙂 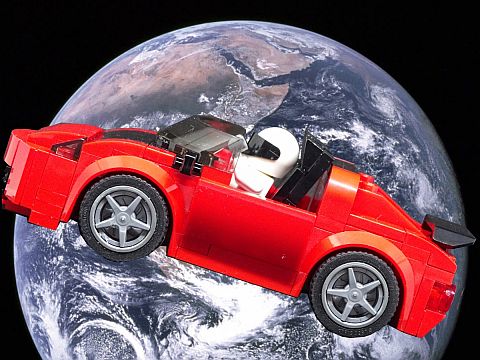 Sitting in the driver’s seat of the Roadster and wearing SpaceX’s pressure spacesuit is Starman, a full-scale human mannequin named after the David Bowie song. He is casually resting his left elbow on the open windowsill, while his right hand is on the steering wheel. The car’s sound system was looping the Bowie songs “Space Oddity” and “Life on Mars?” until the car’s battery ran out. There is also a copy of the Douglas Adams novel “The Hitchhiker’s Guide to the Galaxy” in the glovebox, along with a towel and a sign on the dashboard that reads “Don’t Panic!” – both references to the book (read more on Wikipedia here and here).

Shortly after the launch, the twitter account of the LEGO Worlds sandbox game tweeted the below image, with a virtual LEGO version of Starman in the driving seat of the Tesla Roadster, looking back at our beautiful blue planet. Since then, a number of LEGO fans recreated scenes from the launch. The first picture above with a brick-built Roadster and minifig Starman is by LEGO fan LuisPG, and is posted on LEGO Ideas as a project you can vote on for the potential to become an official LEGO set. 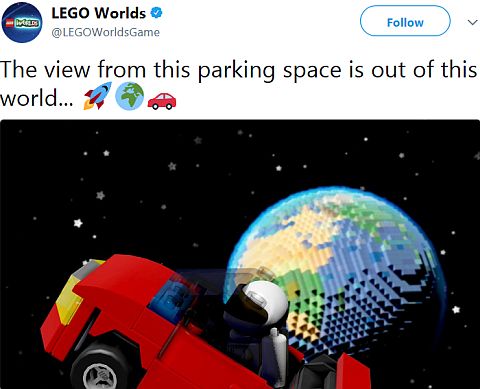 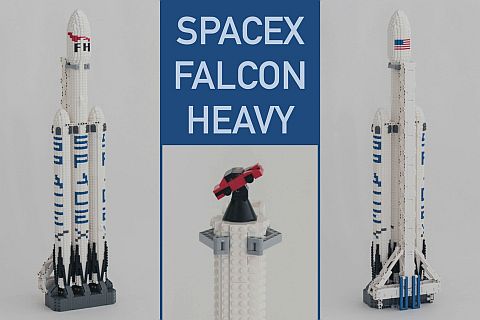 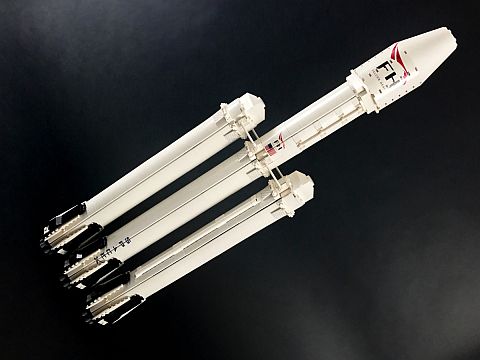 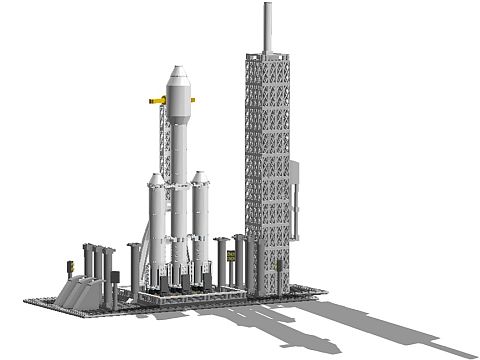 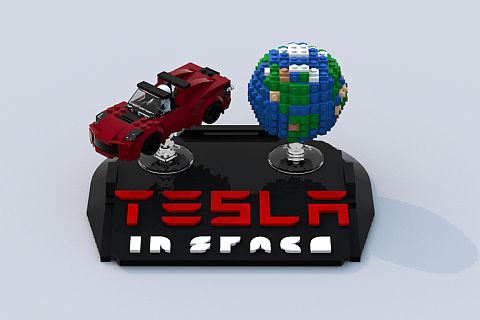 LEGO always had a great interest in space travel, as exemplified by their friendly relationship with NASA, and all the space travel inspired LEGO sets of the past and present. Currently, the #21309 LEGO Ideas NASA Apollo Saturn V, and the #21312 LEGO Ideas Women of NASA are two wonderful sets to celebrate space exploration, and I hope there will be many more in the future. Space travel and LEGO just fit together so well!

What do you think? Did you watch the launch of the SpaceX Falcon Heavy? And would you like to have a LEGO set to commemorate the event? Which one of the currently listed LEGO Ideas projects related to the launch do you like the most? Feel free to share your thought and discuss in the comment section below! 😉