Sometimes regular LEGO minifigures are just not enough to recreate badguys, especially when they are meant to represent bigger characters. If the badguy is really big, LEGO designers can build them up from smaller pieces, and use LEGO Technic-style elements to keep them sturdy enough for play. However, if the character needs to be just a bit larger than regular minifigs, it makes more sense to use larger moulds to make the figure recognizable and playable. Through the years, LEGO released a number of these large figures, usually referred to as giant minifigures, large minifigs, or simply big-figs. 🙂 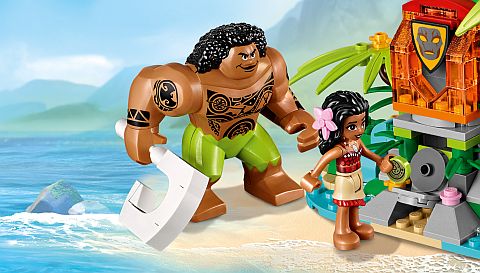 While regular LEGO minifigures are four bricks tall, most big-figs are about seven bricks tall, and usually have a hunched over appearance (which probably gives them bad neck pain – a good reason to be so grumpy). Although big-figs are less than twice as tall as regular minifigs, they are much wider – giving them a large and husky look. Most big-figs have torsos that are four studs wide, beefy arms, and feet that are 3-6 studs apart. The torso is a single moulded piece with holes to attach the arms via LEGO Technic pins. The hands have a LEGO Technic pin attachment to snap into the arms. Articulation is usually limited to rotating arms and wrists. Take a look at the picture below by LEGO fan Alex, who lined up a good variety of recently available big-figs. 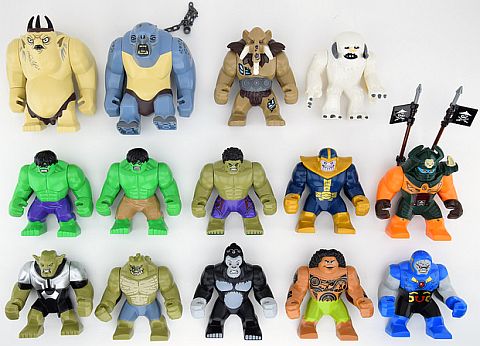 Overall, LEGO big-figs have the appearance of big brute dudes who may not be so bright, but can wipe out a whole row of minifigs with a single swing of their big arms. They look great in battle scenes, representing the scariest enemies little minifig heroes have to fight. LEGO big-figs are rare, as LEGO only includes them occasionally to represent the biggest badguys, but are highly desirable and collectible. So, I thought that it would be a good idea to take a look at all the big-figs released so far. 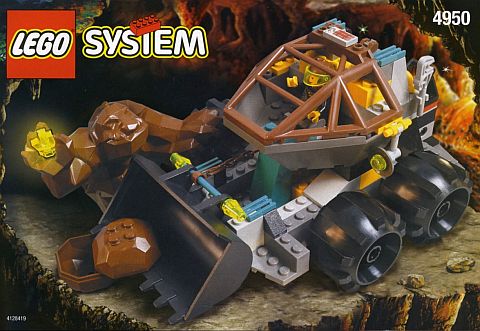 Some of the earliest LEGO big-figs looked different than the ones we have today. The first LEGO big-fig was the Rock Monster from the LEGO Rock Raiders line in 1999. This big guy was made of a single mould with no articulation. It doesn’t have much play-value, however it does look great hiding inside a cave in a LEGO display. In 2003, LEGO introduced big-figs with more articulation in the LEGO Adventurers Orient Expedition line. This included a Yeti, and a couple of stone guardian statues. 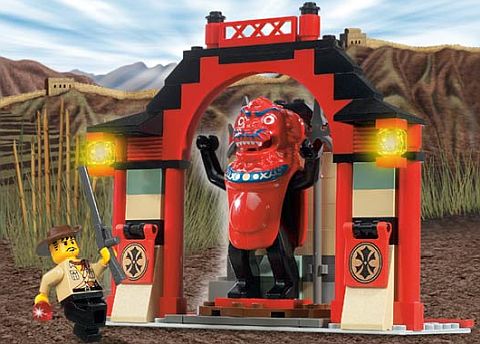 The #4712 LEGO Harry Potter Troll on the Loose set from 2002 included a very awkward looking troll with a regular minifig head, large body, and skinny arms, and fabric clothing. 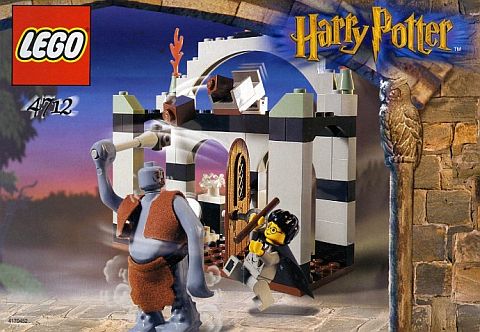 In 2008, a large troll figure was introduced in the LEGO Castle Fantasy Era sets. This big-fig pretty much sets the standard for all the large-figures we have today. The entire body is one moulded piece with no movable parts, but the arms and hands can rotate and are connected with LEGO Technic pins. There are a few studs here and there on the body for attaching smaller pieces for customization. The figure has a blocky but slightly rounded appearance, with feet that sit three studs apart. 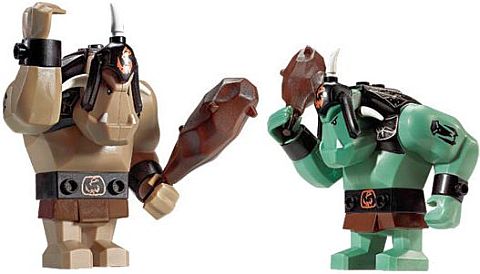 An updated version of the Rock Monster was released in 2009 in the LEGO Power Miners line. While this figure looks quite different from the LEGO Castle troll due to its unique shape, it does follow the same rules of one-piece body-mould, rotating arms, and studs for attachments. And, there is another noteworthy and highly popular feature of the new Rock Monsters; translucent body parts with somewhat rubbery prints. This paves the way of LEGO using more translucent pieces in minifigures, and overmoulding parts with other colors.

The LEGO Castle troll big-fig was further refined with the introduction of the LEGO Super Heroes large figures. The body is still one moulded piece, but the stance was widened to six studs. This gives the big-figs better balance and more sure footing even when they are not attached to studs. While the body moulds may slightly differ to match the character, they now all have the same basic look; widely set feet with one foot a stud ahead of the other, bulky torso, and the same arms/hands. 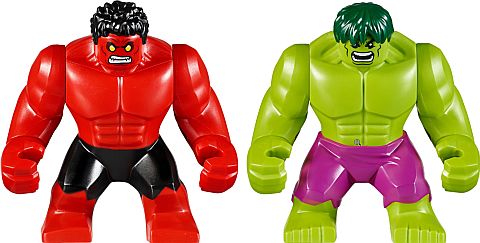 Most of the big-figs of the last few years come in the LEGO Super Heroes line, however they also occasionally appear in other themes like LEGO Star Wars, LEGO Lord of the Rings, LEGO Ninjago, LEGO Legends of Chima, and LEGO Disney. The big-fig from the #70642 LEGO Ninjago Killow vs. Samurai X set is particularly noteworthy because it comes with a standard minifig head attached to a standard neck stud, and then wears a regular minifig mask. The big-figs below are Dogshank on the left, and Killow on the right (the one with a regular minifig head), both from LEGO Ninjago. 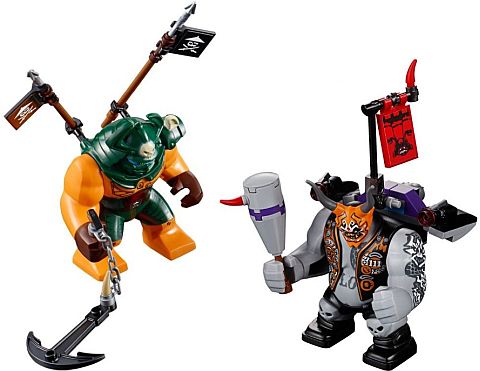 Amongst the LEGO Super Heroes big-figs so far we got six version of the Hulk, two versions of Killer Croc, Darkseid, the Green Goblin, Gorilla Grodd, Thanos, Cull Obsidian, and Bane. I especially like the Green Goblin and the armored Hulk, because they look super cool, and could be used as badguys in LEGO Castle and fantasy settings as well. 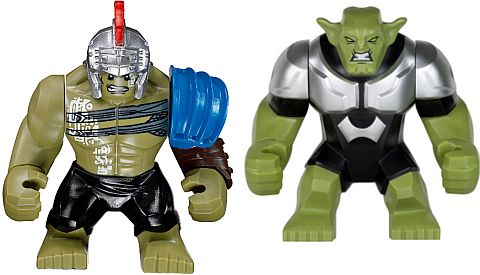 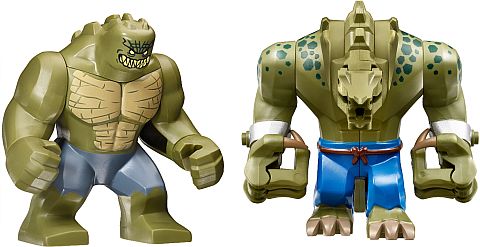 Two other important big-figs are the Cave Troll from the #9473 LEGO Lord of the Rings The Mines of Moria set, and the Goblin King from the #79010 LEGO The Hobbit The Goblin King Battle. Note that this two big guys are even larger than regular big-figs. 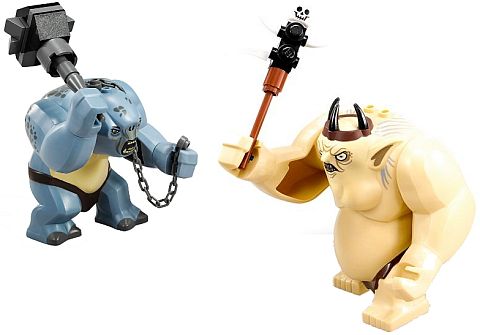 The LEGO Star Wars line also comes with two big-figs. The very large Rancor from the #75005 LEGO Star Wars Rancor Pit from 2013, and the Wampa from the  #8089 LEGO Star Wars Hoth Wampa Cave from 2010. Notice that Rancor has the same movable fingers as Killer Croc. 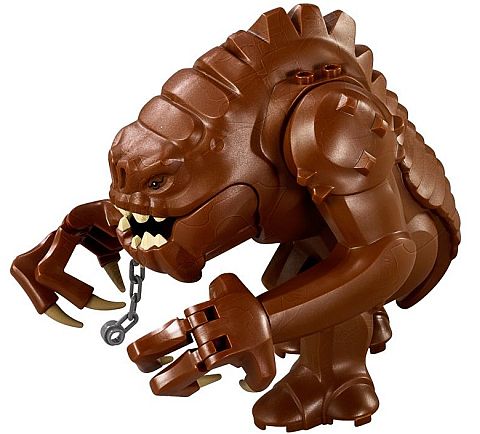 Two other interesting big-figs are Maui from the #41150 LEGO Disney Moana’s Ocean Voyage released in 2017, and Mungus from the #70144 LEGO Legends of Chima Laval’s Fire Lion set from 2014. Mungus’ headpiece is removable with a regular minifig head underneath. 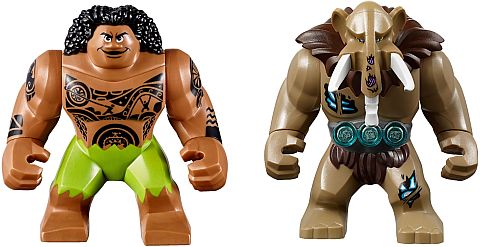 As you can see, there are plenty of large figures to chose from if you would like to add variety to your LEGO minifigure collection and battle scenes. One issue with big-figs is that LEGO usually only include one of them in a set, so they are harder to find in quantity. However, from my experience, you really only need a few big-figs, as their impressive size makes them stand out amongst regular LEGO minifigs. 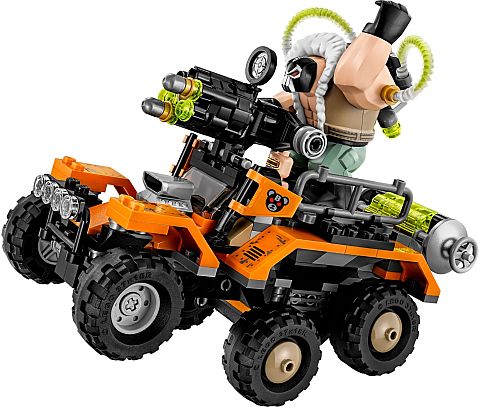 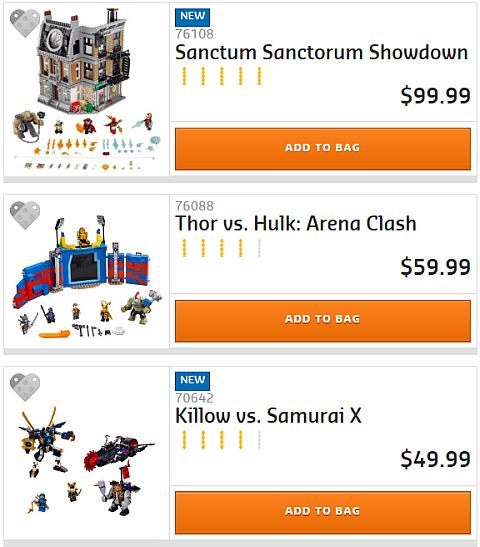 What do you think? How do you like the LEGO big-figs? Do you have any of them already? Are you collecting them? Which one is your favorite so far? Feel free to share and discuss in the comment section below! 😉