One of the most interesting LEGO sets released this month is the #41597 LEGO BrickHeadz Go Brick Me customizer kit, which allows you to build your own LEGO BrickHeadz characters. So, let’s take a closer look at what we got in this unusual set. 🙂 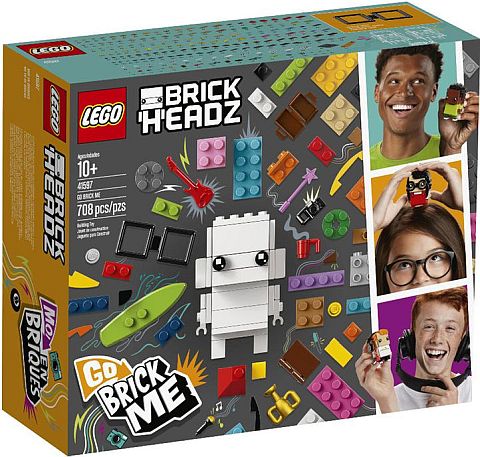 First, here is the official description to give you an idea what this set is about: Fuel your creativity by making a LEGO BrickHeadz version of yourself, friends, family, or colleagues with this fun set. Create two BrickHeadz construction characters using the specially selected LEGO bricks for different hairstyles and skin color, plus there are two kinds of glasses, a sticker sheet to personalize your builds, and a brick separator. Display your creations on the buildable baseplates in your home, office or anywhere you like. Includes 708 pieces. Recommended for ages 10 and up. 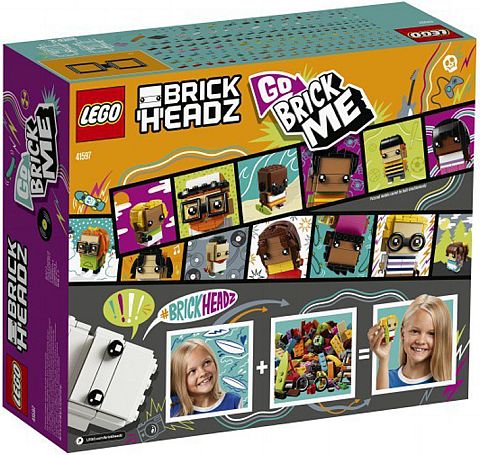 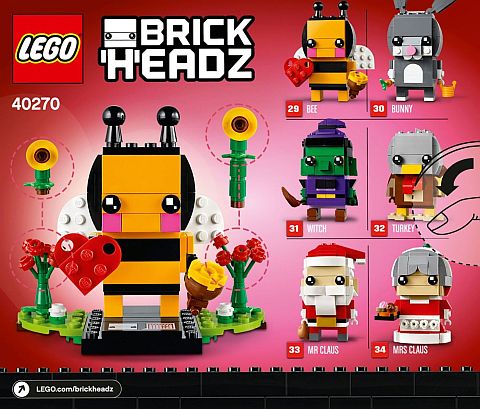 The LEGO BrickHeadz line has been very popular with both collectors and customizers. Collectors like to get BrickHeadz versions of their favorite heroes and villains from movies and comics – just like how they may collect other action figure and collectible brands. And customizers are enthusiastically building their own BrickHeadz around the same core structure. In fact, BrickHeadz are perfect for those who are new to customizing. Build an official LEGO BrickHeadz set, then swap out some plates and tiles, and voila, you got your own custom BrickHeadz! It’s a fun and addicting hobby that got many LEGO fans hooked on designing more and more BrickHeadz. Looks like LEGO noticed the trend, and decided to release the #41597 LEGO BrickHeadz Go Brick Me kit, which is all about customization. 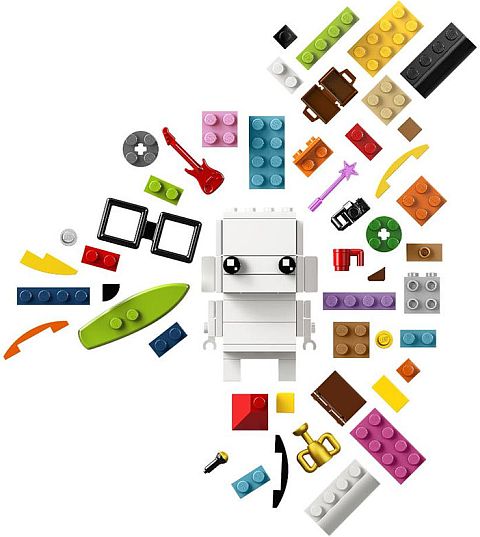 Inside the box, there are pieces to build Nonnie, the plain white mascot of the LEGO BrickHeadz line. For those who are new to LEGO BrickHeadz building concepts and techniques, Nonnie is a great introduction. The instruction booklet also includes lots of different ideas and suggestions for building other characters. You can choose clothing designs and colors, skin color, hair color and style, and more. In addition, there is a sticker-sheet with stickers to decorate your characters, and lots of different accessories. 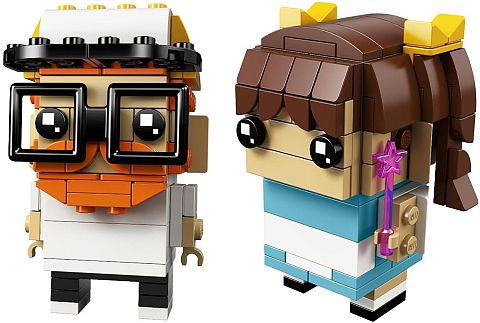 The box and description suggests that you can build two fully customized BrickHeadz figures at the same time. Although there are plenty of pieces left over once you build them, LEGO only includes two core builds and two sets of eyes. If you want to build other characters, you can certainly use the extra decorative pieces, but you will need to build additional cores from parts you already have. In the video below, JANGBRiCKS will show you in more details what comes in the box, and what it’s like to use the instruction booklet to begin building your own characters.

LEGO also suggests that you can mash up your own LEGO BrickHeadz persona with other famous BrickHeadz characters, to create a super-cool hybrid version of yourself. So, if you want to be a superhero, take one of the LEGO Super Heroes BrickHeadz, and combine it with the character you built from the #41597 LEGO BrickHeadz Go Brick Me customizer kit, using the techniques in the instruction booklet (swapping bodies, skin colors, hairstyles, accessories, etc.). Once you build your BrickHeadz characters, you can share a selfie with your friends, family, or colleagues. 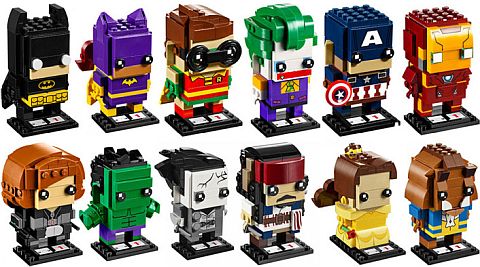 I have to say that I absolutely love this set! LEGO has been releasing free-building and customizing sets in the LEGO Classic and LEGO Minecraft line, but they are more targeted towards young children. The  #41597 LEGO BrickHeadz Go Brick Me is the first recently released customizer set that appeals to older kids, teens and even adult builders. There is so much potential for customizing in a way older LEGO fans tend to build and play with LEGO. In addition, I could easily see this set used as a fun party game.

While I really like this set, there are a few things I thought could have been done better. The set should have come in a box with a flip-up lid, so the packaging can double as a storage container for the loose pieces. And an inside sorting tray would have been nice to separate different colors and parts. Also, there really should be some extra printed eyes included. Those little 1×1 round tiles are easy to loose, and they are essential to bring the BrickHeadz characters to life.

Other than that, this is one of the most interesting and creative sets LEGO released in recent years. It appeals to creative LEGO fans who are already comfortable with building custom LEGO creations, but not too In addition, the price is insanely good! 708 pieces for a price of $29.99 is only 4 cents a piece! That’s practically unheard of in a newly released LEGO set! If you are interested to check it out, and other LEGO BrickHeadz sets, visit the LEGO BrickHeadz section of the Online LEGO Shop. 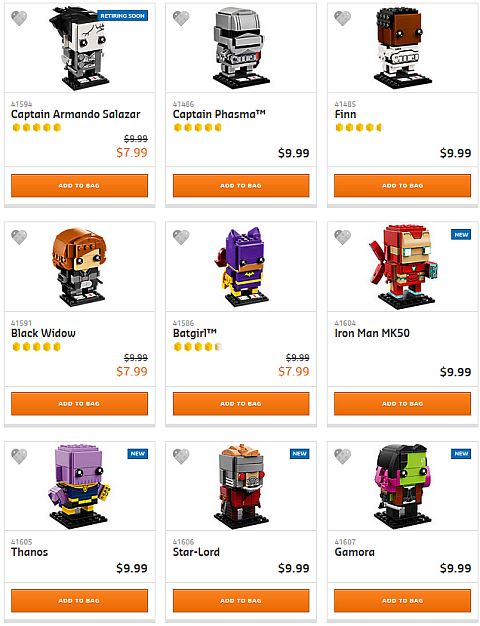