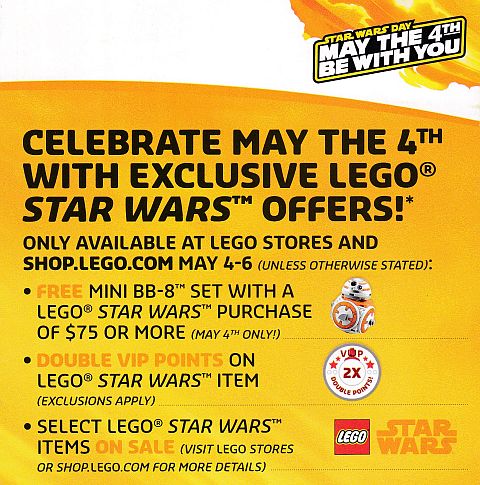 The #40288 LEGO Star Wars BB-8 set comes with 48 pieces to build a larger-than-minifig-scale version of the popular droid. The highlight of the set is the five identical 4×4 dishes and the 4×4 dome piece on top – all beautifully printed with fine details including metallic-silver. 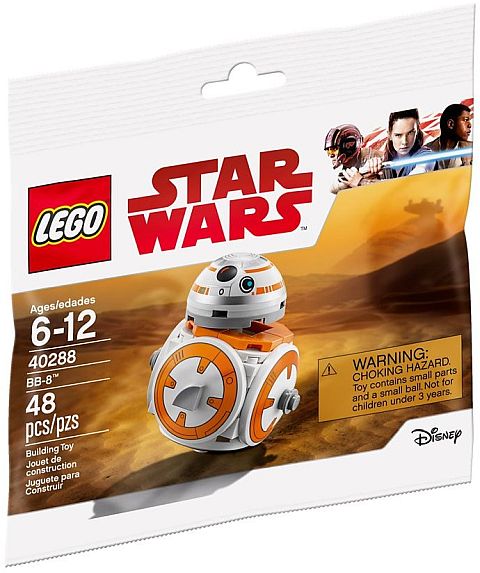 The build itself is easy and straightforward. There is a rectangular core with studs facing the top and the four sides. Four of the dishes are simply attached to the studs on the four sides. The dish at the bottom is connected via a short LEGO Technic axle in yellow going through the assembly of three round plates. 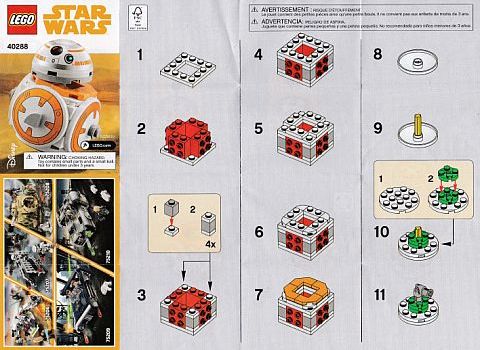 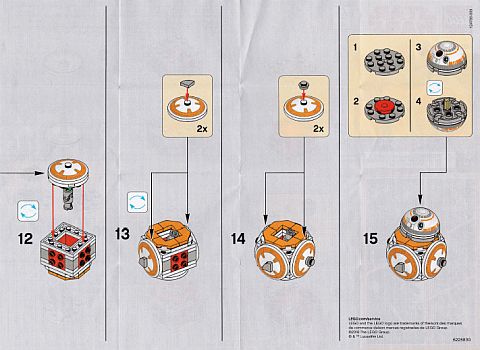 The end result is an cute little droid that can sort of roll around on your desk. I say, sort of, because BB-8 is having some issues. Because there is a stud at the bottom, you can never sit up the droid straight. This is not a problem in itself, as BB-8 is supposed to be roll-y, however, because the head is too big, and it sits too far up over the body, the whole model tends to just topple over. Basically, it’s a drunk version of BB-8. 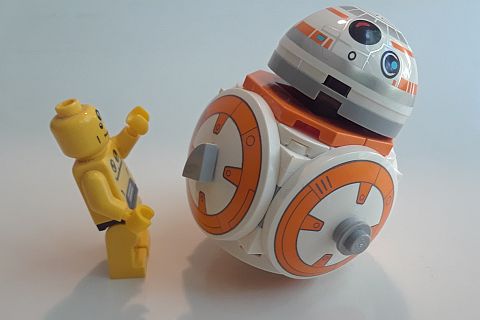 I tinkered with the model some and came up with a simple solution to remedy some of the problems. Basically, all I did was replace a couple of the parts, and thus allow the head to sit closer to the body, and make the model less top heavy. 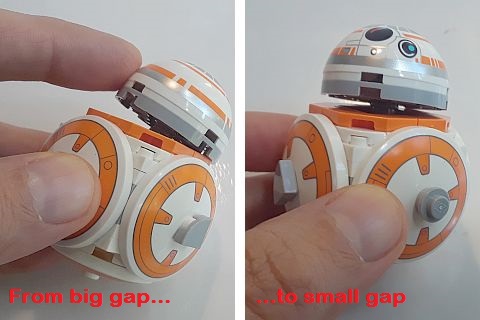 If you would like to do the same, you just need to remove the tan LEGO Technic axle pin and the red 2×2 round tile, and replace it with a short LEGO Technic axle (same size as the yellow axle at the bottom – I only had one in light-gray), and a standard LEGO Technic bush. This allows you to push the head as close to the body as possible while still allowing the head to bobble. The result is that the BB-8 is much less likely to roll over and fall on its head. 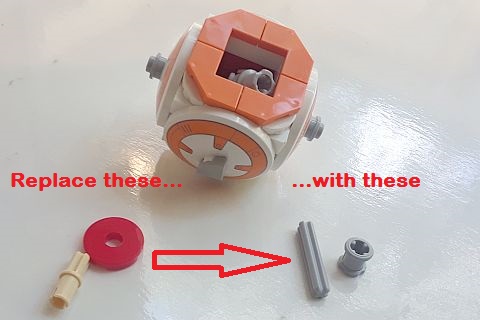 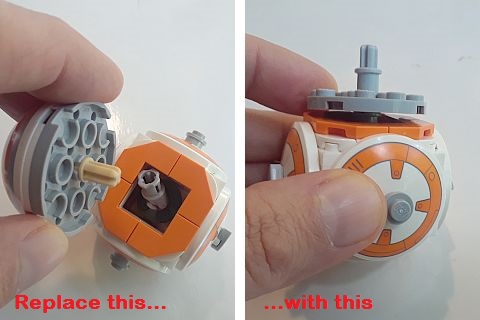 As a bonus, if you want to make BB-8 stationary and stand up straight, you can use the leftover 2×2 round tile in red and attach it to the bottom stud. 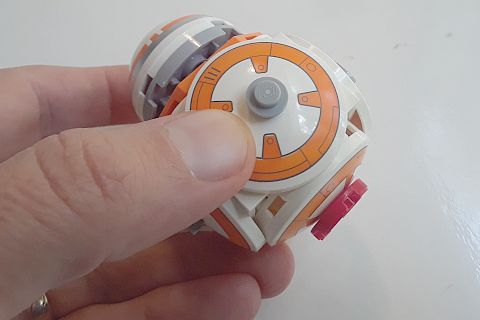 All in all, this version of BB-8 is adorable and a perfect match with the brick-built #30611 LEGO Star Wars R2-D2 from last year. In addition, the printed pieces are excellent, and could be used for adding details to spaceships and futuristic machinery and buildings as radar dishes, vents, doors, wheels, or whatever else you might come up with. 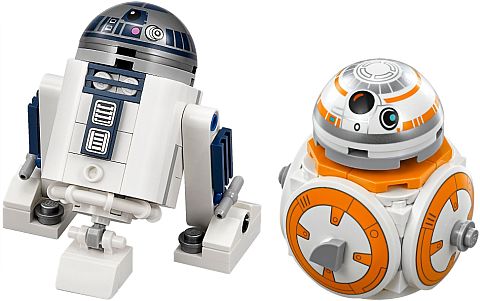 What do you think? Are you looking forward to Star Wars Day? And are you planning to get any new LEGO Star Wars sets? What do you think of BB-8 and the other promotions? Feel free to share your thoughts and discuss in the comment section below! 😉 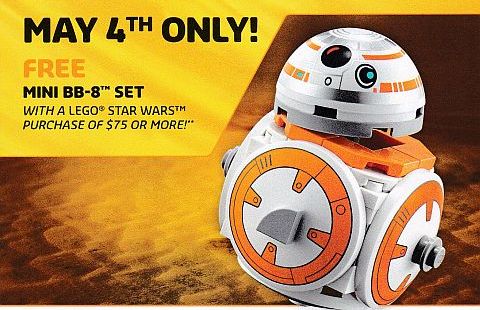 Previous post: LEGO BrickHeadz Back to the Future & more!