There are a couple of fun LEGO mobile apps that were recently released and you might want to try out. I have played around with some of them and they are quite engaging and challenging. Below are the details as well as trailers for both of the apps. 🙂 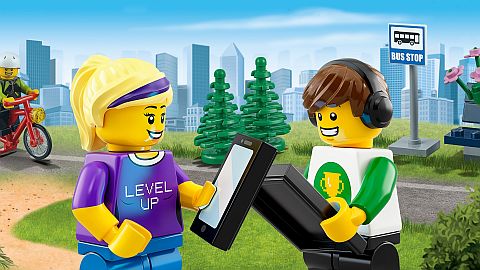 ➡ LEGO NINJAGO: RIDE NINJA APP: This app uses motion-sensing tilt control to move the bike around, which is a new feature for LEGO games. Here is the official description: Battle the bad guys through Ninjago City in the free new ninja race combat game – LEGO Ninjago: Ride Ninja. Zane has gone undercover and infiltrated the Sons of Garmadon – a dangerous criminal organization and biker gang in Ninjago City. The Titanium Ninja is on a mission to find out what the gang is up to, and has almost earned their trust but needs to pass one final test to become one of them – survive their dangerous initiation race, the Street Race of Snake Jaguar! Playing as Zane, LEGO Ninjago: Ride Ninja sits you on the seat of his super-cool bike, equipped with a Ninjago sword and shuriken, for an all-action ninja combat racing game. Zane knows this race is going to be tough as there are no rules, and the bikers like to play dirty. The Sons of Garmadon give chase – some ride motorbikes, Ultra Violet rides her Stone Booster bike and Mr. E’s devilish Oni Bike has deadly chopping blades with spikes! Below is the trailer for the game, and you can download it at Google Play (should be coming to the App Store soon also).

➡ LEGO BRICKHEADZ BUILDER VR APP: This app was released some time back, but it has been updated with some additional cool features, allowing you to build pretty much anything not just BrickHeadz characters. The app works with the Google Daydream virtual reality viewer. Here is the official description: Have fun discovering new characters and objects by solving the play formulas in the magic book. Explore building virtual LEGO models and toying with playful and crazy LEGO BrickHeadz characters, changing their looks and behaviors. The game allows you to design your own LEGO BrickHeadz characters and bring them to life. You can play with your creations, and special combinations will unlock new characters and items. You can download the app at Google Play. 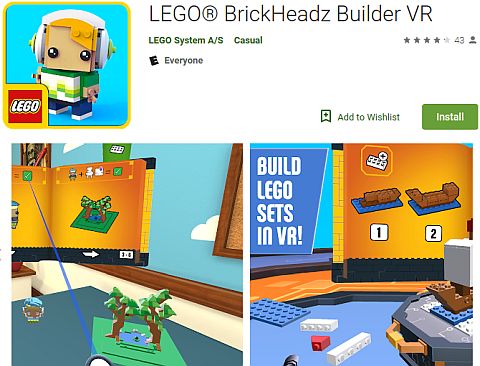 There are a number of other LEGO mobile app games as well, so make sure you check them out at Google Play or the App Store. They are fun to play when you have a little free time. Please note that all games developed by LEGO are appropriate and safe for younger players with no third-party adds or other content. And, of course, they are fun for older players too. 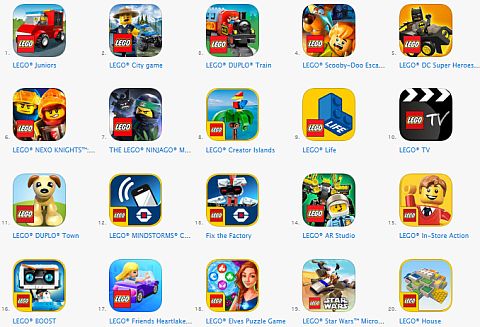 What do you think? Do you play any LEGO game apps? Which one is your favorite? Feel free to share your thoughts and own reviews in the comment section below! 😉

Previous post: LEGO contests for every interest and style!