As we briefly mentioned in our review of the LEGO Incredibles 2 sets (see: LEGO Incredibles 2 Sets Available Now!), there is a new LEGO Incredibles video-game, which was released just a few days ago. The game covers both the original film material and the sequel, and is available for PC, Playstation 4, Xbox One, and Nintendo Switch. Below are the details and the latest trailer and links to purchase the game. 🙂

Experience the thrilling adventures of the Parr family as they conquer crime and family life through both Disney-Pixar films The Incredibles and The Incredibles 2, in a LEGO world full of fun and humor. LEGO The Incredibles allows players to explore action-packed story levels and an epic hub world – including Municiberg and New Urbem, as they use their unique “Super” abilities to bring the city’s Super Villains to justice. Gamers can also team up with family and friends in 2 player co-op to assemble incredible LEGO builds! 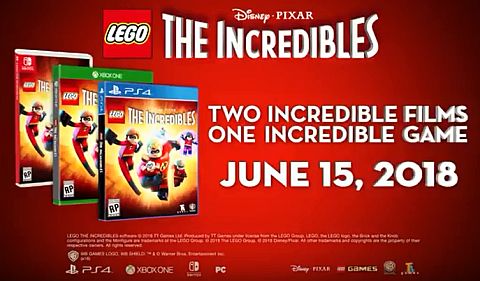 LEGO The Incredibles takes players on an extraordinary fun-filled adventure where they’ll control their favorite Incredibles characters and team up as a family to conquer crime and family life. Reimagined in LEGO form and featuring TT Games’ signature LEGO humor, the game recreates unforgettable scenes and breathtaking action sequences from both Incredibles movies.

Looks fun, isn’t it? Feedback on the game has been very positive so far from LEGO fans who tried it out already. If you would like to give the game a try, it is available PC, Playstation 4, Xbox One, and Nintendo Switch at various game retailers and also on Amazon. Here is the link to all versions of the game: LEGO INCDREDIBLES GAME ON AMAZON 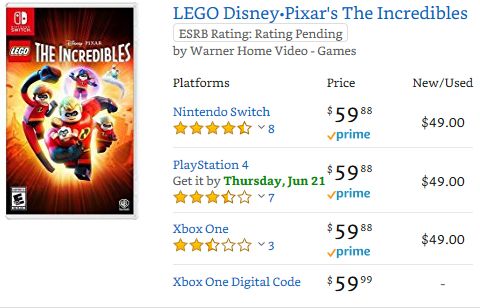 Also, remember that there are three new LEGO Incredibles sets under the LEGO Juniors line, and there is also a LEGO BrickHeadz set with Mr. Incredible and Frozone. We talked about all of the set in our previous review (see: LEGO Incredibles 2 Sets Available Now!). All four of the sets are available at the Online LEGO Shop. 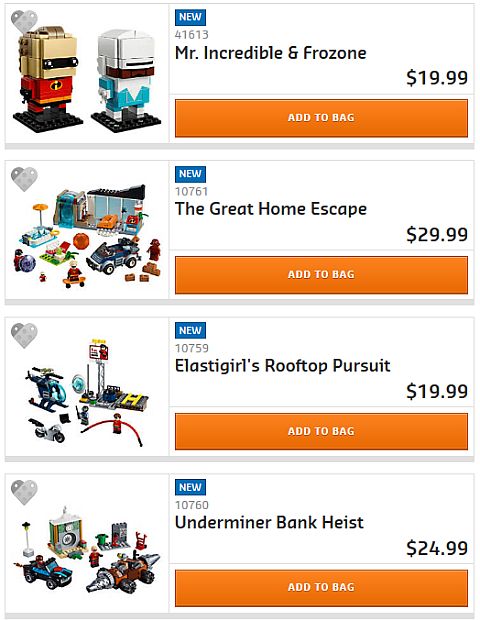 What do you think? Have you seen the Incredibles 2 movie yet? How did you like it? And do you have any of the LEGO Incredibles 2 sets? Are you planning to get the game? Feel free to share your thoughts and discuss in the comment section below! 😉