Yesterday, LEGO took social media platforms by storm by releasing the trailer to the sequel of The LEGO Movie, titled The LEGO Movie 2: The Second Part. Everything about this trailer is awesome, and it lifted the spirits of LEGO fans who were a bit doubtful about the possibility of duplicating the success of The LEGO Movie. Especially since The LEGO Batman Movie and The LEGO Ninjago Movie weren’t as successful as the first film. But, here we are, with a trailer that brings back not just our favorite characters from The LEGO Movie, but also the freshness, humor, fast-paced action, and imaginative settings that made the previous film so successful. Watch the trailer below, and let’s discuss! 🙂 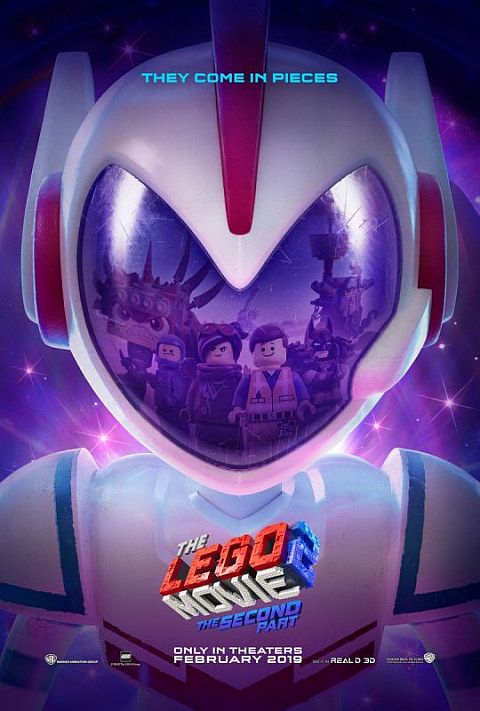 The day before the release of the trailer, LEGO posted a teaser image (see above) with an interesting character wearing a spacesuit, with the reflection of Emmet, Wyldstyle, Benny, Batman, Unikitty, and MetalBeard in a post-apocalyptic setting. It turns out that this mysterious character is Sweet Mayhem, a mini-doll who ends up kidnapping Emmet’s friends.

Here is the synopsis of The LEGO Movie 2 from Wikipedia: “It’s been five years since the events of Taco Tuesday, and the DUPLO invaders have made Bricksburg into a post-apocalyptic wasteland. Emmet pretends everything is still awesome, unlike everyone else. When a new invader, Sweet Mayhem comes and kidnaps all his friends including Wyldstyle, Emmet must go into space and rescue them.”

While this teaser-trailer is short, there are so many things to see and discover! Emmet is still his old self, but the others have been hardened by the tough times of the past five years. There are cyborgs, and sewer babies, and people wearing all kinds of post-apocalyptic gear. Even Larry the barista is wearing a breathing apparatus! Unikitty is ready for battle, Benny got a cyborg arm, and Emmet’s house can turn into a spaceship. And, there is the dreaded Sis Star System full of glitter and hearts. Looks like this is going to be an epic clash between Finn’s favorite minifigs, and the mini-dolls of his sister.

The LEGO Movie 2: The Second Part is scheduled for release on February 8, 2019 in 2D, 3D, RealD 3D, and IMAX 3D by Warner Bros. Pictures. And, of course, there are also going to be accompanying LEGO sets. Looking at the trailer, I can see so much potential for some amazing sets, minifigs and mini-dolls. I want a whole army of the spacesuit-wearing mini-doll, and lots of sewer babies – all hopping around on unmovable legs.

What do you think? How do you like the trailer for The LEGO Movie 2? What interesting details have you noticed? And, what scenes, vehicles, and characters would you like to see in upcoming LEGO sets? Feel free to share and discuss in the comment section below! 😉