If you like to watch videos of massive machinery in action, you likely ran across the Chinese bridge builder machine. Rather than using a stationary or crawler crane to lift the girder of a bridge off the ground and drop it into place, this monster machine drives the girder onto the previously placed girder, slowly extends to the next support platform where it puts down its support legs, pushes the girder towards the front of the machine, and then lowers it into place. According to Wikipedia, this machine is also called launching gantry, beam launcher, girder launcher, or bridge building crane. It is definitely an engineering feat! 🙂 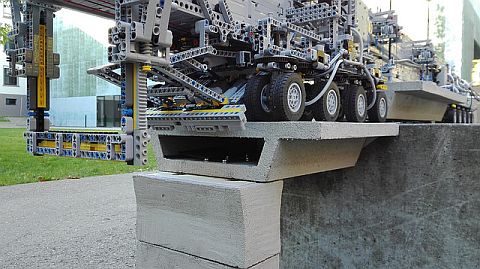 The most impressive example of a large launching gantry is the SLJ900/32 designed in China by the Shijiazhuang Railway Design Institute and manufactured by the Beijing Wowjoint Machinery Company. Wikipedia says the following about it: “This launching gantry is 91 meters long, 7 meters wide, and weighs 580 tons. When driving, the machine is supported by 64 wheels, in four sections of 16 wheels each (forming two trucks, one at each end). When launching, the forward end of the machine is supported (on sliding rails) by a strut lowered onto a bridge support column, while the truck for that end hangs off the gantry backbone with no support from beneath. Once the gantry straddles the open span, the work piece is lowered onto the bridge support, and the process reverses to retract the launching gantry.” Here is a video of how this massive machine operates.

Many LEGO fans, especially LEGO Technic fans, love to recreate big machinery in LEGO. In fact, LEGO themselves regularly release large machines and construction vehicles under the LEGO Technic line (such as the #42055 LEGO Technic Bucket Wheel Excavator). However, taking up the task of recreating a bridge builder machine is LEGO is no small task even for experienced LEGO Technic fans. I have been following the project of a German LEGO fan who goes by the name Wolf Zip, patiently and carefully working on building a LEGO Technic bridge builder machine for well over a year. It is actually really interesting to watch all the videos and see all the pictures of the progress of this model (see links below), but here, I will only include the final video, demonstrating all the functions and capabilities of the LEGO bridge maker machine.

Wolf Zipp shares that his LEGO version of the bridge builder machine is approximately 1:25 scale compared to the original, but with half the number of wheels (to reduce length). The model is 2 meters long, 30 cm wide, and weight 10.5 kilograms, and can pick up, carry, and put in place a replica of a bridge section, which is 60 x 36 x 8 centimeters and weights 2.56 kilograms. The machine includes 13 motors that run the wheels, wheel turns, the sliding of the beam, the lifting and folding of the support legs, and the winches. The control box and cables are custom-made to operate all the motors from one location. While most of the model is built from LEGO Technic elements, there are a few metal parts included to add additional strength to the beam and reduce sagging when the bridge section is lifted. 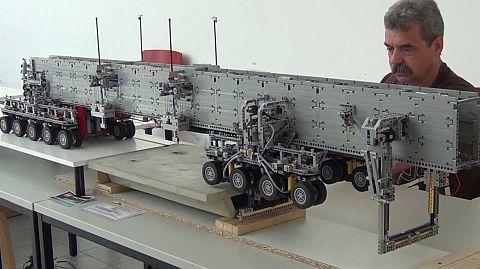 Pretty amazing, isn’t it? If you would like to learn more about this model, I recommend checking out the other videos at Wolf Zipp’s YouTube channel. You can also see more pictures in this flickr gallery, and there is also an interesting discussion at Eurobricks where Wolf Zipp shares more details and answers questions. 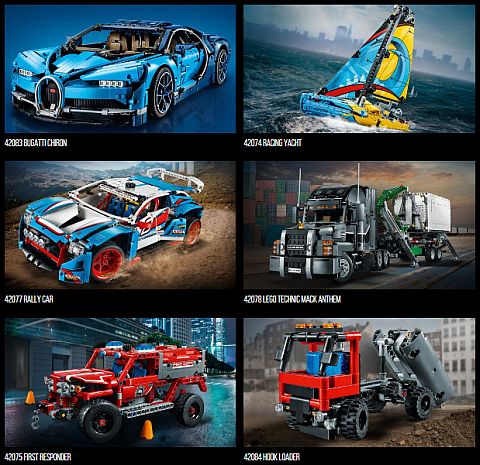 If you are interested to build impressive machines with LEGO, but don’t know where to start, I highly recommend getting some of the larger LEGO Technic sets. They will introduce you to the components and building techniques to construct functional machinery, and eventually, you will be able to start to build your own. You can choose from race cars, construction and mining vehicles, planes, helicopters, ships, and more. See the full selection at the LEGO Technic section of the Online LEGO Shop. 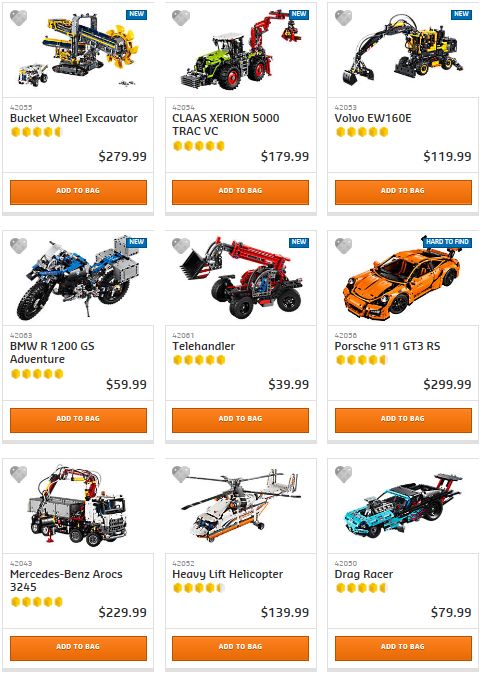 What do you think? How do you like the LEGO bridge builder machine? Do you build with LEGO Technic? Which is your favorite set? And have you built any of your own models? Feel free to share and discuss in the comment section below! 😉