Building up the excitement for San Diego Comic-Con next week (July 19-22), LEGO has been teasing about some of the upcoming sets that will be on display, as well as the exclusives that lucky LEGO fans will be able to get at Comic-Con. Below, we will take a look at all the new sets and exclusives revealed so far, and there could likely be even more. 🙂

With The LEGO Movie 2: The Second Part coming early next year, a lot of the focus is going to be on the new film. The Ultrakatty sculpture below was built with almost 56,000 LEGO elements, and will be on display at SDCC. Angry Unikitty in battle gear is just the best! 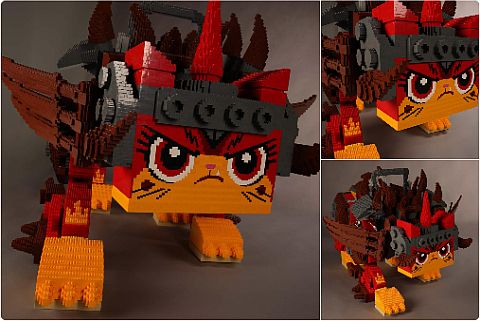 LEGO also released images of three of the upcoming LEGO Movie 2 sets, featuring characters and vehicles we have seen in The LEGO Movie 2: The Second Part Trailer (click the link to watch the trailer). The #70827 LEGO Movie 2 Ultrakatty & Warrior Lucy ($29.99) features a large brick-built and highly articulated version of Ultrakatty in her super angry form with sharp claws and spiky armor pieces. Included minifigs are Wyldstyle with new gear, and good old Emmet. Also, notice the brick-built DUPLO brick! The #70829 LEGO Movie 2 Emmet and Lucy’s Escape Buggy ($49.99) includes the post-apocalyptic gateway vehicle we have seen in the trailer, with big tires, pipes, chains, full suspension… what is there not to like? Both Emmet and Wyldstyle are included, along with Metalbeard (or, what’s left of him) and a new character named Sharkia. There are also a couple of those Sweet Mayhem hearts and starts that are used as missiles in the trailer. The #70830 LEGO Movie 2 Sweet Mayhem’s Systar Starship! ($69.99) features the Sweet Mayhem’s Systar Starship with more of the heart and star missiles, along with Sweet Mayhem herself, Emmet and Wyldstyle. This is the first time LEGO mini-dolls and minifigs appear in the same set! 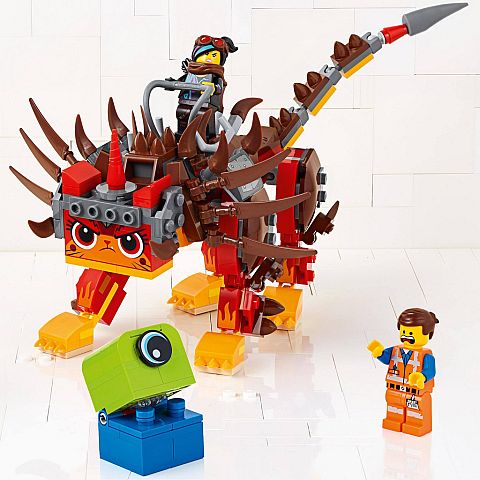 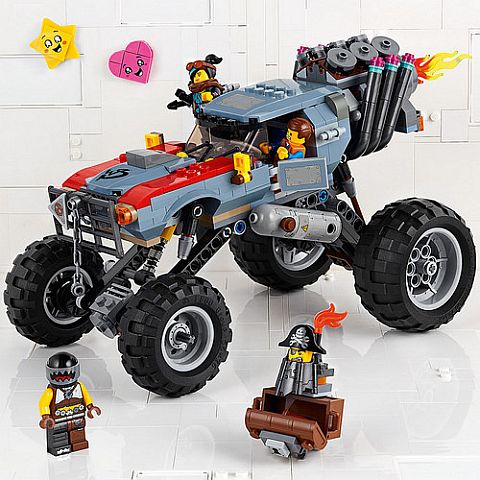 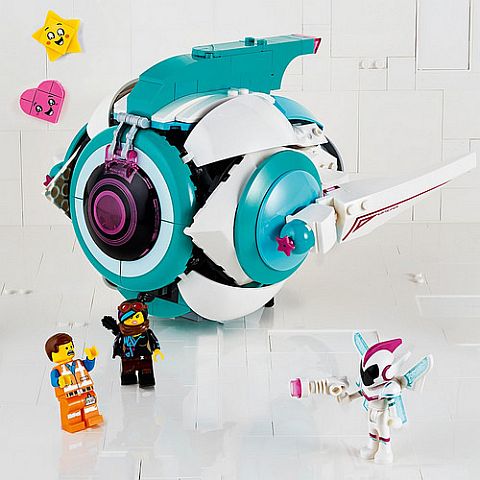 The LEGO Movie 2 goodness doesn’t stop there! One of the San Diego Comic-Con exclusive giveaways is Apocalypseburg Unikitty. She comes with a spiked tail and two facial expressions; Angry Kitty and Rage Kitty. I hope that a same or similar version of Unikitty will be available in an upcoming retail set as well, and she won’t be just an SDCC exclusive. 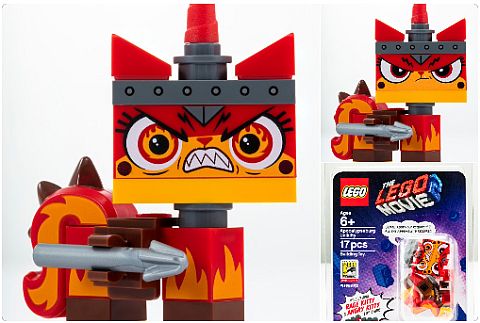 Two other exclusive minifigure giveaways that will be available at San Diego Comic Con are LEGO Marvel Super Heroes Sheriff Deadpool, and LEGO DC Super Heroes Black Lightning. These minifigures are extremely rare, and you need quite a bit of luck to win them through a lottery system. You will also be able to find them on eBay after the event where they go for hundreds of dollars. 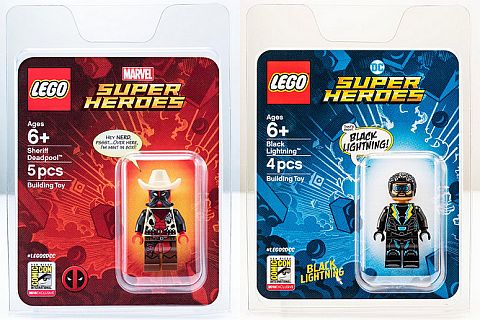 According to TheBrickFan.com, there is also a free exclusive Jessica Cruz minifig, which will be available at the early screening of the LEGO DC Super Heroes Aquaman: Rage of Atlantis film at San Diego Comic-Con, while supplies last. 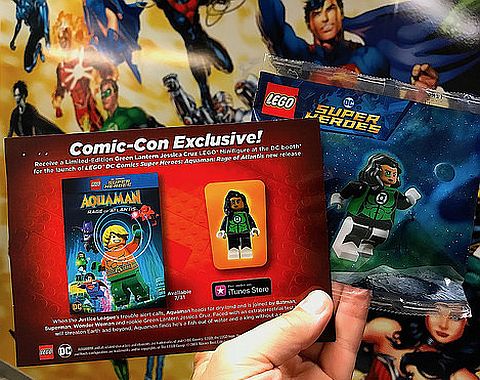 Three exclusive set for purchase that will be available at SDCC are the #75512 LEGO Star Wars Solo Millennium Falcon Cockpit, the #75996 LEGO DC Comics Super Heroes Aquaman and Storm set, and the #75997 LEGO Marvel Super Heroes Ant-Man and the Wasp set. All three sets are just around 200 pieces, and they will retail at the event for $40 each. Please note that LEGO is using a lottery system at SDCC, and only those who win the lottery will have a chance to purchase the sets. 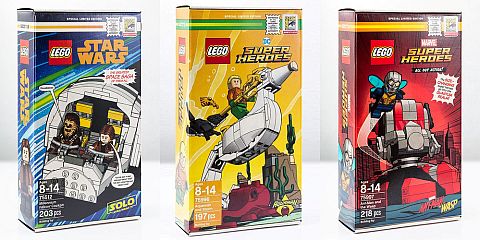 A regular retail set that will be available next year, and will be displayed at SDCC is the #76117 LEGO DC Comics Super Heroes Batman Mech vs. Poison Ivy Mech, featuring Firefly, Batman, Poison Ivy, and The Flash, along with the two mechs. The set is 375 pieces and will retail for $39.99 in January 2019. 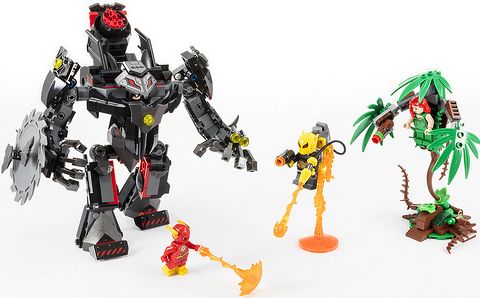 As usual, LEGO has a large presence at San Diego Comic-Con, and there will be several discussion panels, screenings, question and answer periods, new set reveals, etc. If you are interested to learn more, check out the comic-con.org website. Also, Alan from TheBrickFan.com is participating at the event, and he will be regularly updating LEGO fans via Twitter.

What do you think? How do you like The LEGO Movie 2 sets? And what do you think of the SDCC exclusives? Feel free to share your thoughts and discuss in the comment section below! 😉