The LEGO hobby is so satisfying and absorbing that LEGO fans can sometimes get a bit isolated from what’s happening in the rest of the toy world. This is especially true for adult LEGO fans who mostly consider LEGO as a creative medium rather than a toy. However, in my experience, it’s a good idea to occasionally walk down the toy aisle of your favorite department store, just to see what other toys are popular. 🙂

While LEGO is clearly the leader in the construction toy industry, they still have to compete with other toy brands to get the attention of children. Knowing trends in the toy industry can help LEGO fans understand some of the decisions the LEGO Group makes that otherwise may seem random. For example, notice the similarities between the new Polly Pocket animated characters (see image above) and the LEGO Friends characters redesigned for 2018 (see image below). 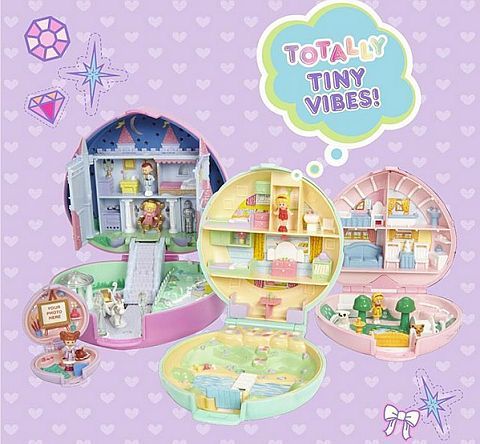 In case you are not familiar with Polly Pocket, the tiny, less than one-inch dolls and their equally tiny dwellings were originally designed by Chris Wiggs for his daughter Kate in the early 1980s. By the late 1980s, Bluebird toys licensed the concept, and the first Polly Pocket sets appeared in stores. Polly Pocket became immensely popular with girls growing up in the 1990s, and those early dolls are now highly valued collectibles (see image above). In 1998, Mattel bought Bluebird Toys, and they gradually replaced the original tiny dolls with larger versions of the Polly Pocket characters. These 3 3⁄4-inch dolls came with special “Polly Stretch” rubbery plastic clothes that could be put on and removed. The Polly Pocket craze eventually died down, and the line was discontinued in the USA by 2012, and the rest of the world by 2015. 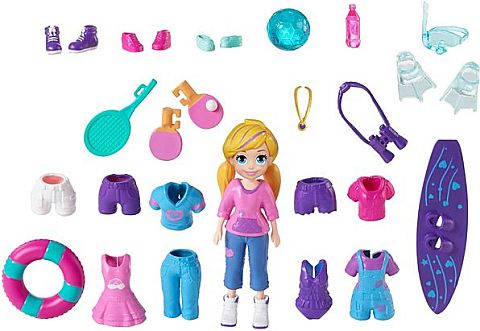 But now, Polly Pocket is back! And, interestingly, Mattel re-released both the larger 3 3⁄4-inch Polly Pocket dolls, and the original micro Polly Pocket dolls (they are now just a tad over an inch tall). This news has been taking social-media by storm, as moms who grew up with Polly Pocket in the 1990s are excited to introduce the dolls to their own children. Below is an introduction of the new Polly Pocket line from the toy fair earlier this year.

The story of Polly Pocket is that she got a special amulet from her grandma, which can make her and her friends shrink. Having both the larger and smaller versions of each character, allows kids to play out the transformation. In fact, some of the sets include both the larger dolls and the micro Polly Pocket dolls at the same time.

Just like previously, the large dolls can be dressed in rubbery garments (they work surprisingly well), and they also come with various accessories. Their articulation is pretty basic; head can turn, arms can go up and down and in and out, and legs can move independently back and forth. The knees and elbows do not bend, the hands can’t hold anything, and the dolls can’t stand very well without leaning against something. The faces of all the dolls are super cute. So far, sets include Polly and her friends, Shani, Lila, and Nicolas. It seems from the official Polly Pocket website that there are plans to also release Polly’s big brother Pierce, little brother Paxton, their parents, their grandma, and the baddies Gwen and Griselle. 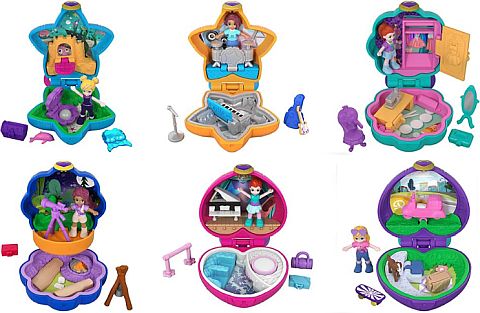 While the larger Polly Pocket dolls are adorable, the real excitement is for the micro versions of the same characters. As I mentioned, they are just a bit over an inch tall. Their torso, arms, and head are made of hard plastic, while their legs, feet, and hair are a soft rubbery plastic. This allows the dolls to bend their legs in any direction, cross their legs, and even sit in a chair (sort of). The bottom of their feet suppose to be sticky (because of the rubbery material), which is advertised as a special feature, but it doesn’t really work. The dolls can stand pretty well on their own though, so this is not a big deal. They all come with an amulet that includes their dwelling – just like how the original dolls were packaged. While the dolls have been updated with modern clothing and accessories, the shapes and colors of the amulets have a real retro feel to them. The faces of the small Polly Pockets are ridiculously cute, which is an impressive achievement on such tiny dolls. 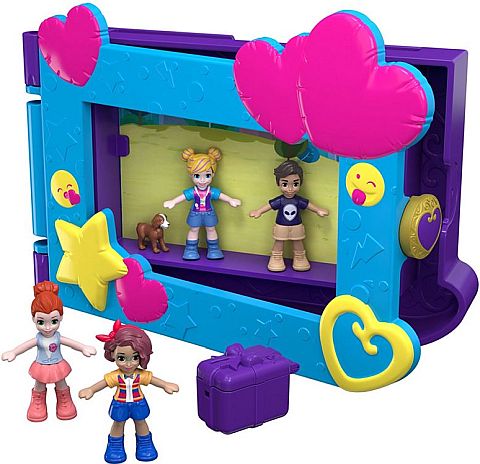 If you are Polly Pocket fan, and you are interested to check out the new Polly Pocket sets, they are currently available at Wal-Mart exclusively, but I have also seen them listed on Amazon. Packets with individual large figures, or tiny figures and an amulet are less than $5. There are also larger combo sets, which are priced accordingly. You can see the listings on Amazon here: 2018 POLLY POCKET SETS ON AMAZON

As far as what the return of Polly Pocket means to LEGO, there could be some competition with the LEGO Friends and similar LEGO mini-doll based sets. I expect that the two brands will cover similar topics and interests. It’s also possible that LEGO will introduce a small child version of the mini-doll, just to compete with the adorable size and cuteness of the micro Polly Pockets. The micro Polly Pockets actually do make pretty good younger brothers and sisters for LEGO Friends mini-dolls. Below is a comparison picture for those who are curious. 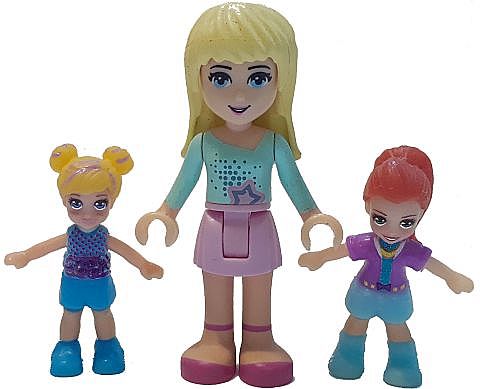 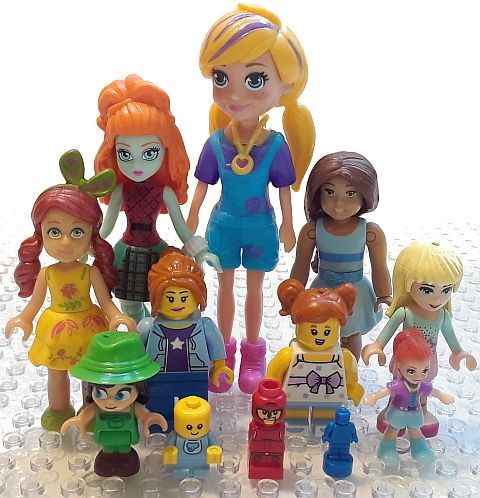 What do you think? Are you a fan of the original Polly Pocket micros, or the later larger versions? And are you excited about their re-release? Do you think Polly Pocket will have an influence on LEGO mini-doll sets? Feel free to share your thoughts and discuss in the comment section below! 😉

Previous post: A little corner of Italy and more in LEGO!