by Thita (admin) on August 7, 2018
in Featured LEGO Creations

Are you ready for the safety video with the smallest cast ever assembled? A couple of days ago, Turkish Airlines uploaded their new safety video to their YouTube channel, featuring Emmet, Wyldstyle, and Batman from The LEGO Movie. I thought to share the video here with you as it’s really fun. So, fasten your seatbelt and enjoy a safe flight. The LEGO Movie characters are here to give you the best in-flight safety video of all time! 🙂 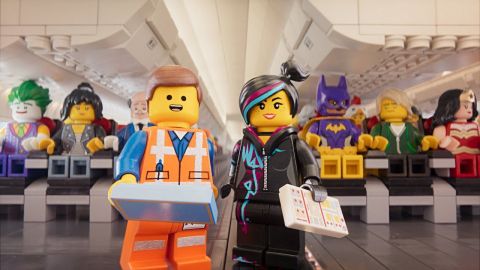 Practically no one watches those airline safety videos, so to spice things up and make people pay attention, Turkish airlines teamed up with LEGO and Warner Bros. to make the most entertaining safety video of all time, using the entire cast from The LEGO Movie. Besides Emmet, Wyldstyle and Batman, you will also see Princess Unikitty, Benny, Metalbeard, Superman, Wonder Woman, Green Lantern, and The Flash. Robin and The Joker from The LEGO Batman Movie, and Lloyd Garmadon, and Lord Garmadon also joins the cast from The LEGO Ninjago Movie. Watch out from that song by Unikitty, because it is going to get stuck in your head!

What do you think? How did you like this fun safety video with all the characters from The LEGO Movie? Did you pay more attention to the information? And are you looking forward to The LEGO Movie 2: The Second Part? Feel free to share and discuss in the comment section below! 😉

Previous post: The Build a LEGO Lab contest is back!