For many years, the LEGO Club Magazine was a favorite of young LEGO fans. Children of all ages eagerly awaited new issues in their mailbox. Thus, it was very sad news when the magazine was discontinued and was replaced by the LEGO Life app. While the app is okay, it is not the same experience as flipping through the pages of a real magazine. Also, many parents try to restrict their kids’ usage of electric devices. It looks like LEGO got enough complaints from both kids and parents that they decided to bring back the magazine! 🙂 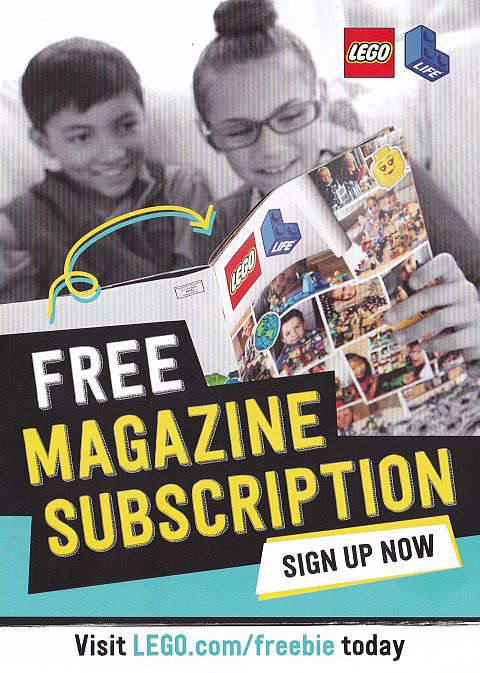 How do I know this? Well, a couple of days ago I got the above flyer in my mailbox. The flyer offers free subscription to the LEGO Life Magazine, featuring cool fan creations, exclusive builds, fun activities, posters and puzzles, awesome comics, and much more. So, yes, this is basically the exact same thing as the LEGO Club Magazine used to be, but now under the LEGO Life Magazine name. 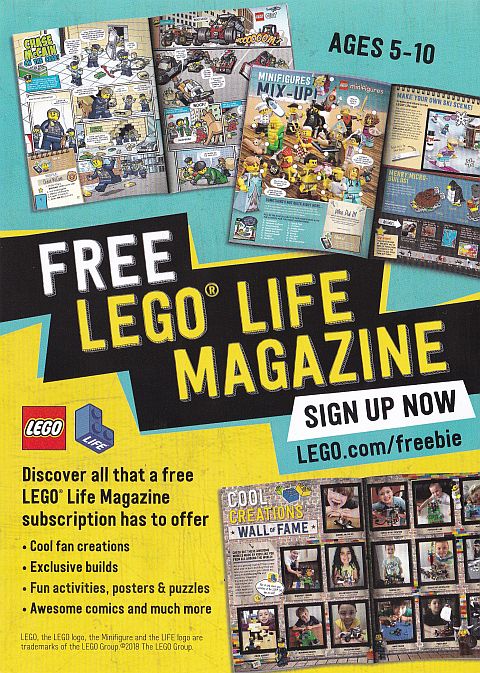 I quickly checked out LEGO.com/freebie to see other details on the new magazine. Just like with the LEGO Club Magazine, the LEGO Life Magazine is for kids between the ages of 5 and 10, living in the USA and Canada. Children need have their own LEGO ID to sign up for the magazine. If a child already has a LEGO ID, then just go to LEGO.com/freebie or LEGO.com/life/magazine to subscribe them to the magazine. If a child does not have a LEGO ID yet, a parent can register them at the same pages. Registration basically just asks for the child’s name, age, and mailing address. 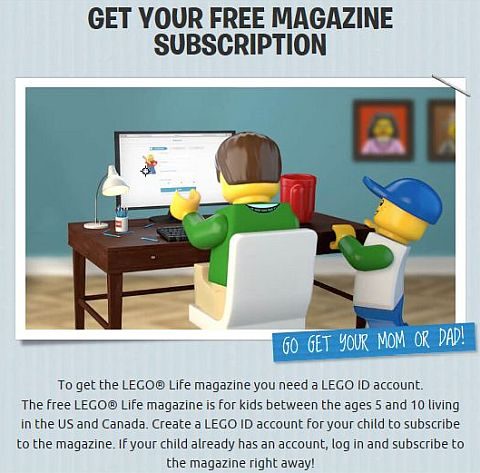 The LEGO Life Magazine is delivered 5 times a year. Please note that if you register your child to receive the magazine before September 24th, they will receive the holiday special edition as their first issue of the magazine. 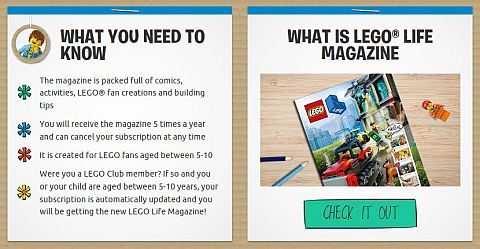 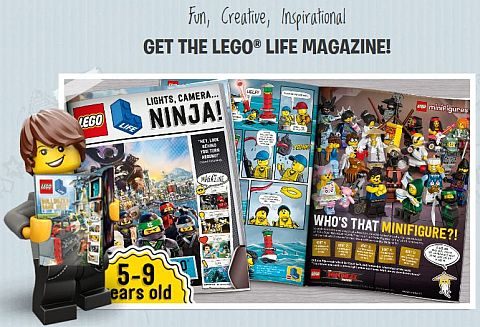 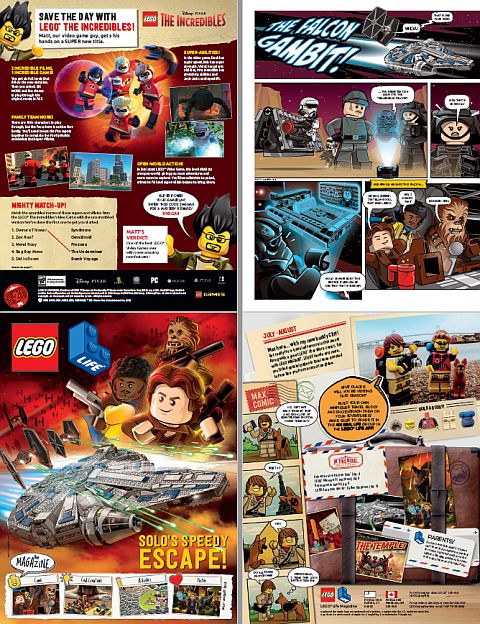 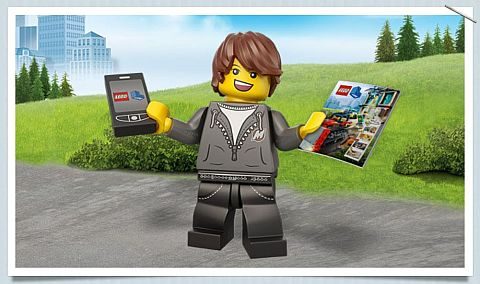 What do you think? Are you excited for the LEGO Life Magazine? Did you register to receive it already? And did you check out the PDF version of the July-August issue? What interesting tidbits did you find? Feel free to share and discuss in the comment section below! 😉