We already talked about the newly released LEGO sets for September (see: September 2018 – New LEGO Sets & Promotions), but there is one interesting set that sneaked in after the beginning of the month. The #40198 LEGO Ludo Game joins other LEGO board game sets like the #40161 LEGO What Am I? game, and the #40174 LEGO Iconic Chess Set. 🙂 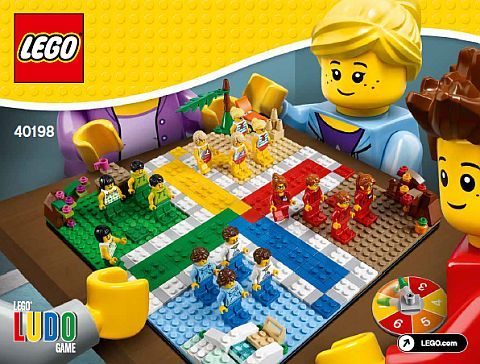 If you are familiar with Ludo (also referred to as Parcheesi, Pachisi, etc.), you know it’s a super fun game that involves both luck and strategy, and can be played by two to four people. If you are not familiar with the game, the building instructions for the set also include the rules of the game. LEGO also puts a bit of their own spin on the traditional game, so let’s take a closer look.

Here is the official description of the set: Create a classic board game from LEGO bricks, then bring on the minifigure teams and let the game begin! This fun LEGO game comes with 16 minifigure players divided into 4 teams, and a colorful play area with 4 team bases, each depicting a different season, plus a buildable number spinner. Board measures over 9” (25cm) square. 389 pieces. Price: $39.99 – BUY HERE 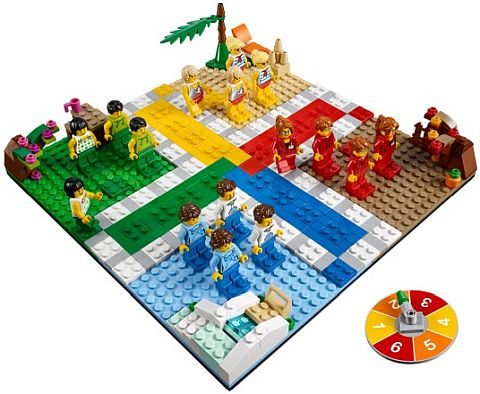 The game-board for the LEGO version of Ludo uses the traditional colors of yellow, red, blue and green for the four quadrants, however, LEGO decided to dress up each area with additional accessories, and by making the quadrant represent one of the four seasons: green for spring, yellow for summer, red for fall, and blue for winter. This adds even more playability to the already fun game, by allowing players to build up their area either before or during the game.

Following the seasonal themes and colors, the minifigs, representing the Ludo game’s playing pieces, are also dressed appropriately. So, minifigs in the green quadrant wear colors and clothing for spring, minifigs in the yellow quadrant are dressed for the beach, minifigs in the red quadrant are (strangely) all office workers with the ladies wearing red pantsuits and the guys casual checkered shirts, and minifigs in the blue quadrants wear bluish hues for winter (they are not dressed very warm though). Also notice that you get two male and two female minifigs in each quadrant. The pairs are identical, and they all have the same hair color to easily identify them from above while playing the game. 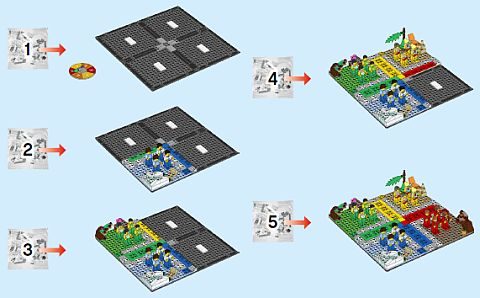 Another difference for the LEGO version of the Ludo game is that instead of using a die, LEGO choose to include a buildable number spinner. The colors and numbers on the spinner are printed. Frankly, I’m not convinced that a spinner works as well as a traditional die, but you can try it out on your own and see which you like better. You can always just use a regular die if you don’t like the spinner. 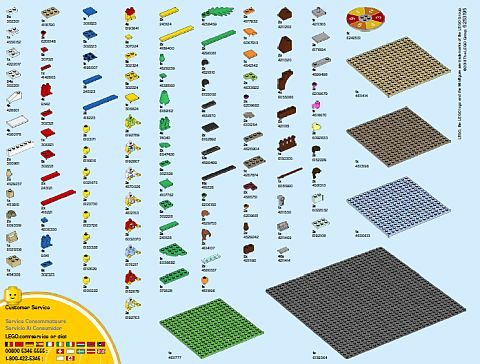 The #40198 LEGO Ludo Game comes with five numbered bags and a 32×32 stud baseplate. From the first bag you build some of the parameters of the board, from the second bag you build the blue quadrant, from the third bag the green quadrant, from the fourth bag the yellow quadrants, and from the fifth bag the red quadrant. Each bag includes the corresponding minifigs for the quadrant, a 16×16 stud plate (in tan, dark-tan, bright-green, and bright-light-blue) to provide the base color for the quadrant, and additional pieces to build up the landscape. Of course, you can also add your own pieces from other sets to build up each quadrant even more! None of the minifigs parts and other pieces is new, but they are all useful elements. 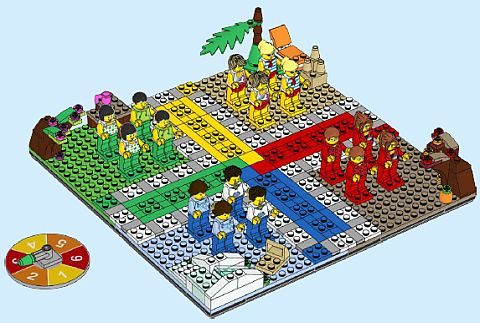 Once you are done building the game-board, and all the minifigs are lined up in their corresponding home base, it’s time to play the game! Spin the number spinner, and whoever gets 6 first can start moving one of their minifigs. Then, you just follow the board clockwise based on your subsequent spins, until you come back to your own colored aisle. The object of the game is to circle all four of your minifigs around the board, and move them to your home isle. Whoever gets all their minifigs lined up first in the home isle is the winner. During the game, each player spins the spinner once, however, a spin of 6 gives another turn, which the player can use to either advance one of their players already on the board, or add another minifig to the board. Another rule is that if a minifig lands on the same square as one already occupied by an opposing team’s minifig, the newly landed minifig is returned back to their home base. All of these rules are explained in the instructions in both written and picture form. 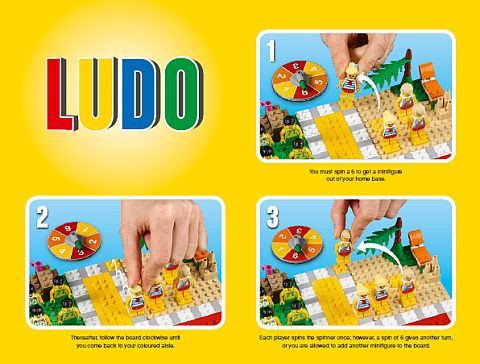 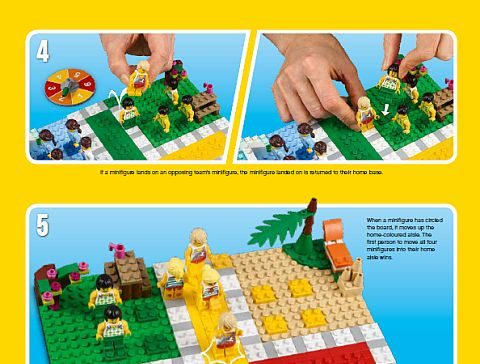 LEGO board games are sometimes fun, and other times they feel a little bit contrived and impractical. Thus, LEGO fans often view game sets as nothing more than packs for interesting parts and minifigures. However, I would say that #40198 LEGO Ludo Game is actually a well-designed and fully functional board game. The board is a good size, giving the quadrants their own design was a great idea that could be expanded on even further, the minifigs are nice, and moving the figures on the board works well. The only thing I’m not convinced about is the spinner. It can easily be manipulated, and it is often not clear what number the dial points to. Personally, I would just replace it with a regular die. LEGO used to make their own dies, but my guess is that they retired the mould and didn’t want to make a new one just for this game.

In summary, I would recommend the #40198 LEGO Ludo Game for both kids and adults who like the original board game. If you would like to give it a try, it is available at the Online LEGO Shop. Two of the earlier games – the #40161 LEGO What Am I? game, and the #40174 LEGO Iconic Chess Set – are also available at the extras section of the Online LEGO Shop. 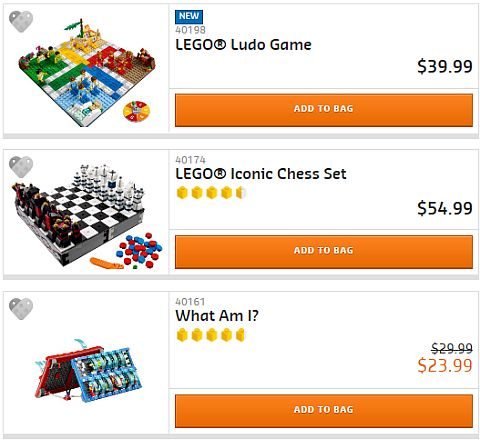 What do you think? Are you familiar with the Ludo board game? How do you like it? And what do you think of the LEGO version of the game? What is your favorite LEGO game so far? Feel free to share your thoughts and discuss in the comment section below! 😉