An interesting announcement that was made at the LEGO Ambassador Forum a few days ago is that the LEGO Group is opening some temporary brand stores (also referred to as pop-up stores) in six different locations around the U.S. for the 2018 holiday season. If this model is successful, stores in other locations might open as well. Below is the full announcement with more details. 🙂 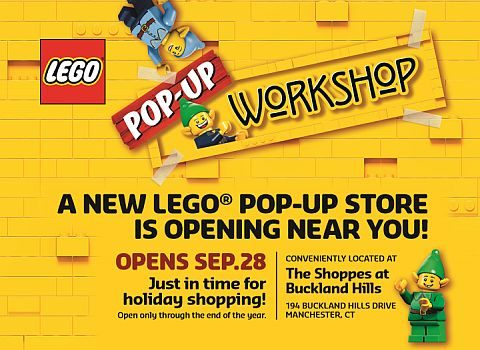 The LEGO Group is testing a new shopping experience for their customers by bringing temporary LEGO Brand stores to additional markets. While this initiative is being tested in just six U.S. markets this year, the LEGO retail team is very excited to see if this business model can grow to support additional markets in following years.

LEGO retail has shared some preliminary design images for these six stores, as well as insights on the two new concepts they will be testing. The stores will not be set up in the same manner as any of the existing LEGO brand stores. Half of the stores will have their products sorted by age, and the other half will sort their products by price. This will allow the LEGO retail insights team to test concepts that have been shared in focus groups to determine best practices.

Each pop-up store will feature a play area, interactive play stations, and displays. The stores with products separated by age will feature four key sections with 1+, 5+, 7+, and 10+, while the stores separating products by price have sections for under $20, under $30, under $50, under $100, and big builds.

Every pop-up store will be 100% unique in shape, as each of these stores is filling an empty store within a mall that have not yet been restructured. Some of the stores will be carpeted while others tiled, and some will have multiple LEGO statues while others just one.

LEGO retail designers will attempt to make these pop-up stores a unique experience rather than just a store. Kids with an eye for detail might notice the trademark red 2×4 LEGO brick dropped in cracks on the floor – just like how the store dropped into their mall. They will also see a countdown calendar until the store disappears. 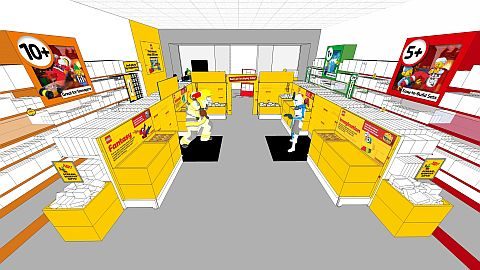 ➡ Why is there a need for pop-up stores? – While many LEGO fans live near a LEGO store, there are more kids in the world that have never even seen a LEGO branded store, or had the chance to experience the joy that comes from stepping inside. Some kids received a portion of this joy from visiting their local Toys’R’Us, but with Toys’R’Us closing in many locations, LEGO pop-up stores will allow kids and adults to get the true LEGO experience. Many families will be surprised by walking through the mall and all of sudden see a LEGO store. Some kids close to the six pop-up store locations could even be getting their first piece of LEGO mail inviting them to come to come and visit.

➡ What does the future hold for pop-up stores? – There are some malls and markets that are unlikely to get a LEGO brand retail store due to the size of the market and other factors. If this pilot program is successful, the LEGO retail team will have more options. The initial six pop-up stores are located in areas with existing LEGO brand stores in order to leverage experienced personnel and distribution routes. With feedback gathered during the 2018 holiday season, there can be a case made to have increased pop-up stores in more markets. LEGO pop-up stores will unlikely come to the scale of such stores as Halloween Spirit, but experiences from this holiday season will at least provide a conversation starter for this new initiative within the LEGO Group.

➡ What can you do? – The LEGO retail team wants your feedback! It is likely that the most common request will be to do more markets, or markets closer to the person making the request. Your enthusiasm is appreciated! And, if you live or visit a city with a LEGO pop-up store within the next few months, talk to the staff to give them feedback, post pictures on social media about your experience, and have fun looking around! Below are the locations and official opening dates for the six-pop-up stores: 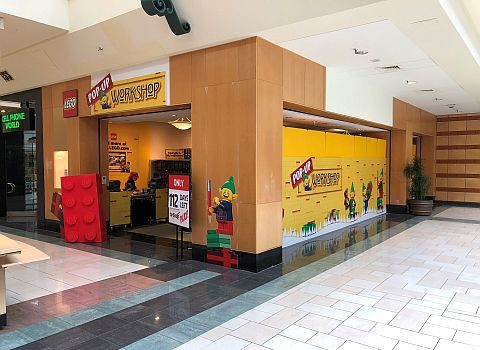 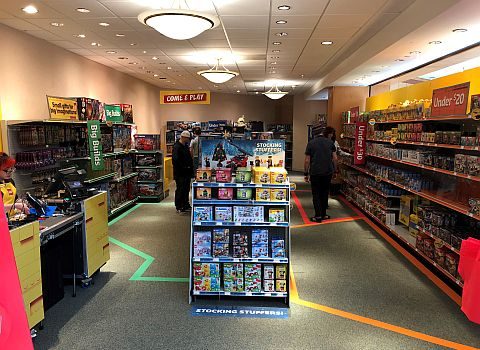 One of the best features of official LEGO stores is that many of the larger sets are built and on display, so you can check them out fully. Another great feature is the Pick-A-Brick wall and various build and play areas. Pop-up stores won’t be able to incorporate all the features of a dedicated LEGO store, but it seems like LEGO trying to make the experience as close as possible in a temporary location. I hope some of our readers will have a chance to visit a pop-up store and report back how they liked it. And if you don’t have an official LEGO store or pop-up store near you, you can always visit the Online LEGO Shop. 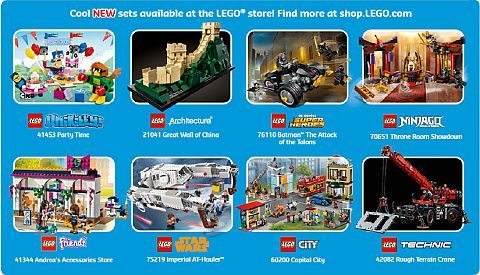 What do you think? How do you like the idea of temporary LEGO stores during the holiday season? Are any of the stores opening near you? Are you planning to visit? Have you ever been to an official LEGO store? Feel free to share your thoughts and discuss in the comment section below! 😉