Awesome news for those of you who have been waiting for the release of LEGO Overwatch! Blizzard Entertainment is offering Overwatch fans around the world early access to the Blizzard-exclusive #75987 LEGO Overwatch Omnic Bastion set directly from  BlizzardGearStore.com! The Blizzard-exclusive set was designed by LEGO designers Woon Tze and Raphaël (pictured below), who took inspiration directly from the art and designs of Arnold Tsang, the assistant art director for Overwatch and concept artist behind Bastion. Tsang even joined the LEGO design team in Denmark to assist with packaging-design and model approval. 🙂 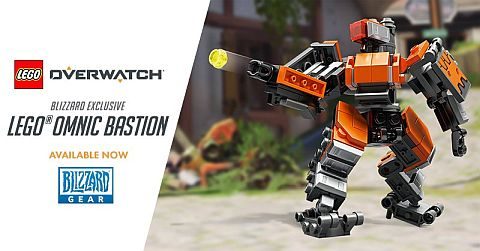 Bastion is a fan-favorite hero with a rich storyline, including its friendship with a bird named Ganymede. Through their friendship, Bastion was able to break its original programming and set out to explore its surroundings to discover its new purpose. This set delivers Bastion and Cardinal (Ganymede’s name in this skin) in an exclusive Omnic skin. This also lays the groundwork for numerous challenges for the LEGO fan community to create additional variations of these characters. Whether you get this exclusive from the Blizzard gear store—or at BlizzCon 2018—be sure to share any variants of Bastion and Ganymede that you create! 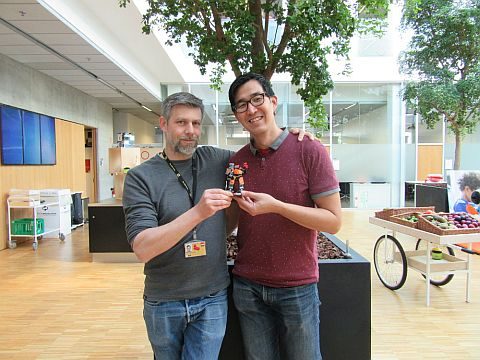 Here is the official description of this Blizzard-exclusive set: Overwatch fans will want to build and collect this exclusive Bastion figure in Omnic Crisis orange skin. This Overwatch toy can swivel at the waist, move its arms and features a small sub machine gun in the right arm. Fans will also appreciate Bastion’s friendly bird sidekick, Ganymede, also in the unique Omnic Crisis orange skin. This Overwatch buildable toy is a Blizzard exclusive and only available in limited quantities. Bastion building toy stands over 4” (12cm) tall. Includes 182 pieces. Price: $25. You can order it at BlizzardGearStore.com. 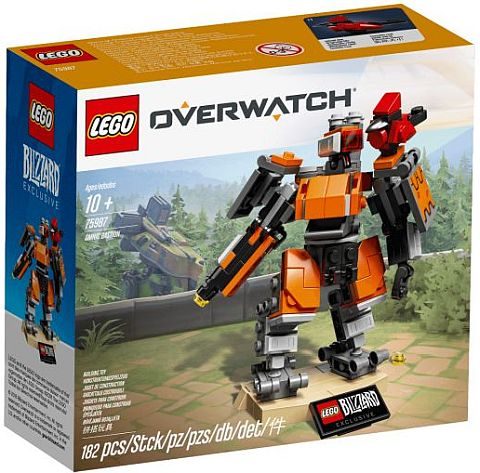 I know this exclusive is a bit on the high side as far as price (14 cents per piece), but I couldn’t help myself and already ordered it. I love orange robots! If you plan to order one yourself, keep in mind that Blizzard has a very high minimum for free shipping ($100), so you will either have to order multiple sets (this will be a great set for resellers) or other items from Blizzard (they do have lots of cool stuff for gamers). If you only order one, the shipping options offered when I placed the order were $6.33 ground and $9.30 priority (this likely differs by your location). 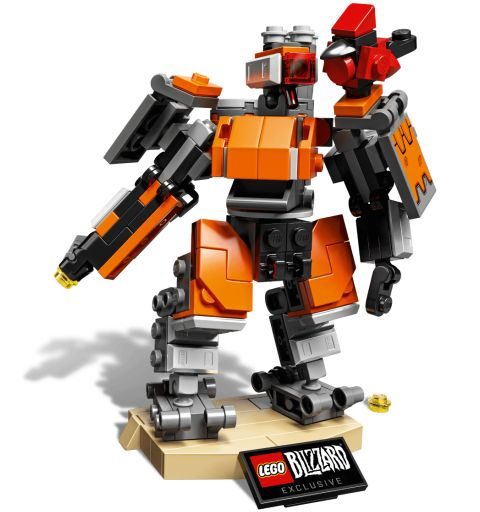 In case you are not familiar with the Overwatch game, here is an image of Bastion and Cardinal together from the game. It’s a good reference to how the LEGO version looks compared to the original. 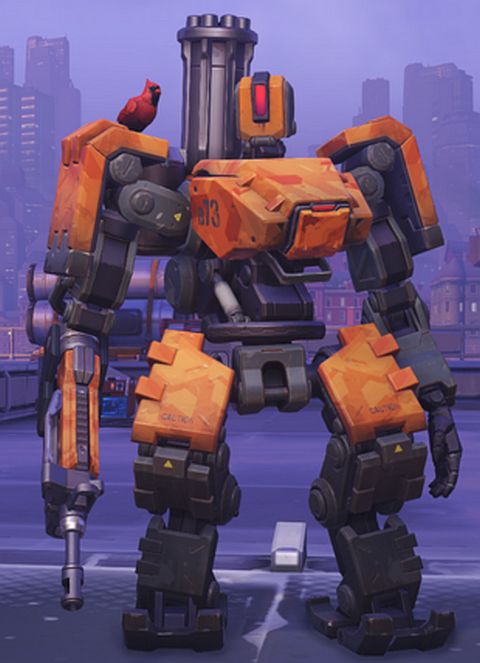 If you don’t plan to get the Blizzard-exclusive set, and you don’t mind the wait, I’m sure Bastion will be available in regular LEGO Overwatch sets as well, so we just need to be patient a bit longer. In the meantime, you can join our previous discussions on LEGO Overwatch. 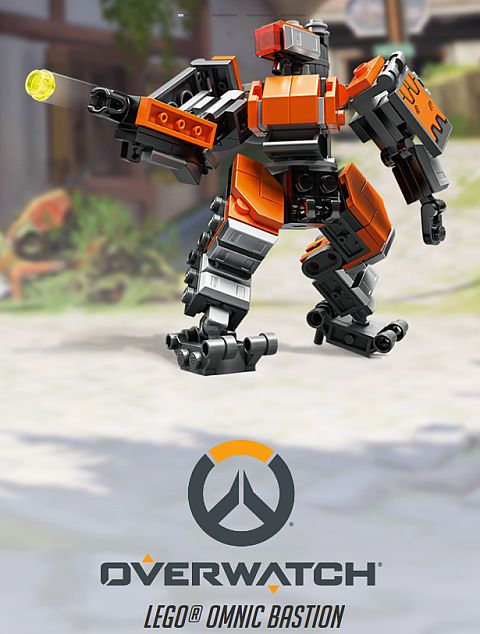 What do you think? How do you like the first and exclusive LEGO Overwatch set? Are you planning to get it? Feel free to share your thoughts and discuss in the comment section below! 😉