Back in May, it was revealed that LEGO will be making sets based on the Overwatch video game by Activision Blizzard. You can read the original announcement and discussion here: LEGO Overwatch Building Sets Coming! There has been speculations about what type of sets LEGO might be releasing, as Overwatch characters don’t naturally lend themselves to be made into traditional minifigs due to their diverse sizes and shapes. Finally, yesterday, a short teaser-video was released featuring Jeff Kaplan, the Game Director and Vice President at Blizzard Entertainment , playing with a minifig version of Tracer . 🙂 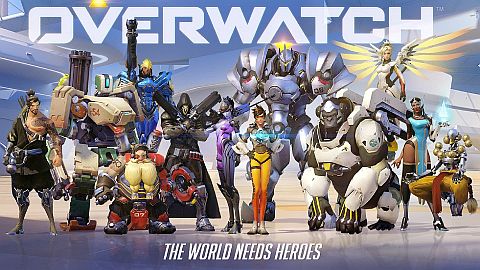 The teaser confirms that at least the lead characters in the LEGO Overwatch sets will be regular minifigures, which comes as happy news for Overwatch fans. You can watch the teaser below. Enjoy!

In addition to the teaser above, LEGO released another short teaser featuring just the holograms of six characters, as well as some of the locations. The six figures from left to right are Widowmaker, Reinhardt, Genji, Soldier 76, Mercy and McCree. In the video below, SolidBrixStudios analyses this earlier trailer, looking at what could be coming and when.

Another LEGO Overwatch character is teased at the official LEGO Overwatch website, which was recently updated with a new image featuring bananas and peanut butter and the phrase; “Imagination is the essence of discovery”. This is, of course, a reference to Winston, the super-intelligent, genetically engineered gorilla, and a favorite character from the game. Can’t wait to see him in LEGO form! 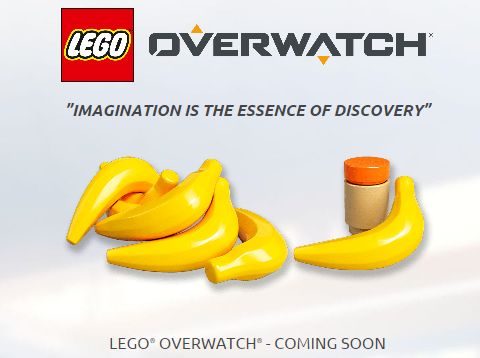 What do you think? Do you play Overwatch? How do you like the game? And what do you think of the characters and locations LEGO revealed or teased so far? What kinds of sets do you think LEGO will release? Feel free to share your thoughts and discuss in the comment section below! 😉

Next post: The story of the LEGO minifigure – Part 5