A couple of interesting pieces of news came out a few days ago, both related to LEGO’s presence in China. The LEGO Group has been making great effort to expand into the Chinese market, as it is a mostly untapped territory with the potential of a millions of new customers. Back in 2016, LEGO opened a new factory in Jiaxing, China, with the intention of providing their products across Asia. LEGO also has a couple of official LEGO stores in China, with more on the way, as well as several certified stores. And, there is already a LEGOLAND Discovery Center, plus two LEGOLAND parks currently under construction. In addition, back in October, we talked about LEGO introducing a new sandbox game to the Chinese market (see: LEGO Cube Sandbox Game Coming to China!). 🙂 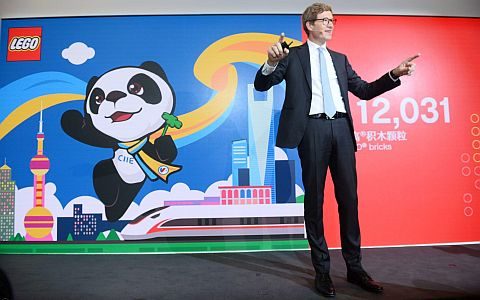 While all of this is good news for the company, there are also challenges to face. Like many other Western companies, LEGO has some serious issues with Chinese counterfeiters copying their products and selling them in their own countries as well as abroad. LEGO had a win against BELA about a year ago (see: More LEGO Trademark Rulings in China), and now they had another win against LEPIN, one of the most aggressive counterfeiters shamelessly copying LEGO’s own products. Details of this second ruling were posted in the LEGO newsroom on November 6th. See copy below image. 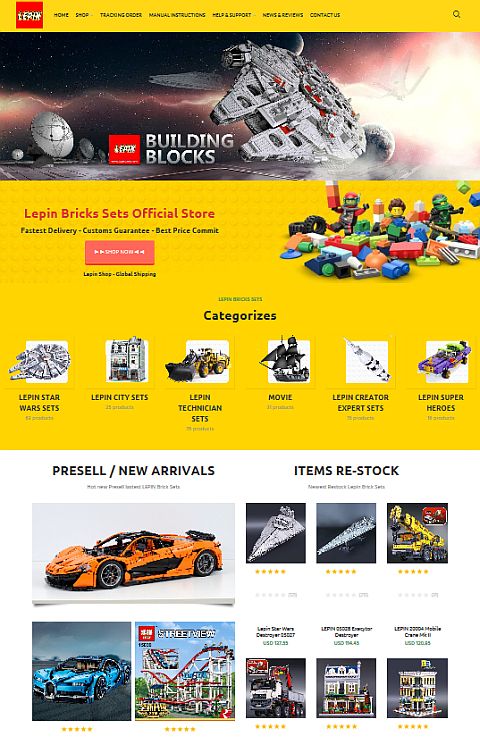 The LEGO Group today received a favorable decision from the Guangzhou Yuexiu District Court against four companies who infringed multiple copyrights of the LEGO Group and conducted acts of unfair competition by producing and distributing LEPIN building sets. It is another significant legal victory in China for the LEGO Group in its battle against imitators over the past two years.

According to the decisions issued by the court, the four defendants, Shantou Meizhi Model Co., Ltd., et al, are liable for copying the 3-dimensional artworks of 18 LEGO sets, multiple LEGO Minifigures, as well as for carrying out unfair competition acts. The court ordered, among other things, that the four defendants shall immediately cease producing, selling, exhibiting or in any way promoting the infringing products, and shall pay the LEGO Group approximately RMB 4.5 million as damages.

Niels B. Christiansen, Chief Executive Officer of the LEGO Group said: “We welcome the court’s ruling. We believe these decisions are well-founded in the facts and the law, and clearly demonstrate the continued efforts of Chinese authorities to protect intellectual property. It also shows the authorities’ commitment to creating a fair business environment for all companies operating in China. The court’s decisions state that the LEPIN manufacturer and sellers must immediately cease copying the 18 LEGO sets that have been found protectable by the court. These rulings send a clear warning message to other companies who may be copying LEGO products. We will continue to take all necessary legal actions to protect our intellectual property rights. When children and shoppers choose a LEGO product, they expect the highest quality and the safest play experience. We cannot have them being misled in any way. While we welcome fair competition, if someone misuses our intellectual property and seeks to take advantage of consumers’ trust, we will take action.”

Over the past two years, the LEGO Group has obtained positive outcomes in its intellectual property enforcement actions in China. In October 2017, the LEGO Group won a case at Shantou Intermediate Court against BELA, a Chinese toy manufacturer, for infringing the copyrights of the LEGO Group and for unfair competition. In another case decided earlier in July 2017, the LEGO logo and the LEGO word mark were recognized by the Beijing Higher Court as “well-known” trademarks in China.

While I’m sure this legal battle is not over, and counterfeiters will try other methods to continue their illegal business activities, with the courts standing behind LEGO in protecting their intellectual property, the company can breath a bit easier and focus on delivering positive experiences to new fans. In another press-release, LEGO talks about some of the new projects they have been working on. 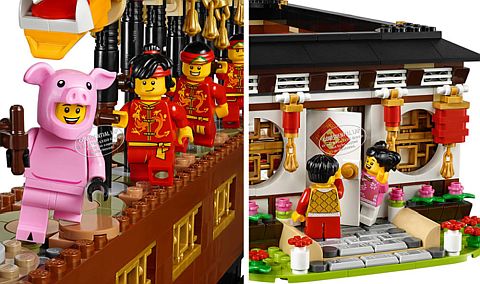 The LEGO Group announced at the first China International Import Expo (CIIE) that it will launch its first elementary school STEAM courses for Chinese students from next year, enabling local students to become active, collaborative learners and build 21st century skills. The Danish family-owned business also announced that its first-ever sets inspired by traditional new year festivals will be available in China and Asia Pacific markets from January 1st, 2019.

Niels B. Christiansen, Chief Executive Officer of the LEGO Group, said: “As a mission-driven business, we are committed to inspiring and developing children through creative play and learning. We are excited to announce these major launches for China at the CIIE, and our commitment to this strategic growth market and goals to provide the creative LEGO play experience to the hands of more Chinese children remain unchanged.”

The elementary school STEAM courses are the result of close collaboration between East China Normal University Press (ECNUP), LEGO Education and Chinese STEAM experts to ensure it complements existing courses. LEGO Education products including Simple Machines Set, Creative Suitcase, Space and Airport Set and Creative LEGO Brick Set are used in the courses to support teaching in an inspiring, engaging and effective way. Scheduled for test in primary schools in Shanghai later this month, the STEAM courses with consist of student textbooks and teacher guidebooks. It is be officially available from April 2019.

Christiansen said: “We believe in the power of play to develop essential life-long skills to succeed in the 21st century. We are proud of the close collaborations with local educators as we combine our global experiences and the local insights together to ensure that our first STEAM courses for Chinese students can contribute to the Chinese society’s growing needs of innovative talents with creative skills.”

The new sets celebrate iconic New Year traditions. Chinese New Year’s Eve Dinner shows a Chinese family reuniting to celebrate the lunar New Year in a traditional home. Often performed during Chinese New Year, Dragon Dance is a symbol of the Chinese culture and is believed to bring good luck to people. The Dragon Dance set features a team of dragon dancers, with a minifigure dressed as a cute pig celebrating the coming Chinese New Year of the Pig. Christiansen said: “These sets are special. They are the first sets we’ve created to celebrate Lunar New Year and the first time we’ve made sets for a specific country or region. We hope they bring a lot of joy to children and the young at heart during new year.”

While most LEGO fans are happy to hear that the company is doing well in China by winning court cases and expanding their presence, there has also been disappointment over the exclusive sets. Both sets look excellent, and LEGO fans feel that there is no reason why they couldn’t be distributed worldwide. Even if they are not made available via retailers, they should at least be offered through the Online LEGO Shop. I believe this request is reasonable, given that we live in a well-connected global economy and exclusive sets only benefit resellers, but we will have to see how LEGO responds to the request.

What do you think about all these news? Feel free to share and discuss in the comment section below! 😉