The recently released LEGO Ninjago Legacy sets are particularly noteworthy as they are re-imagined and updated versions of some of the earliest LEGO Ninjago sets, like Nya’s Samurai Mech, Lloyd’s Golden Dragon, Kai’s Blade Cycle, Zane’s Snowmobile, Jay’s Storm Fighter, Cole’s Earth Driller, the massive Ultra Dragon, the beautiful Spinjitzu Monastery, and even the Spinjiztu spinners. This brings up so much nostalgia for Ninjago fans that grew up with the TV show and the original Ninjago sets! It’s also interesting to see the changes that were made to the various vehicles with the introduction of new parts and building techniques. So, let’s take a closer look at the new sets! 🙂

➡ #70665 LEGO NINJAGO LEGACY SAMURAI MECH: The first samurai mech was introduced in 2012 in the #9448 LEGO Ninjago Samurai Mech set. I remember there was a lot of excitement about this set, as there was so much mystery surrounding this mech and its driver, Nya (disguised as Samurai X). The set looked great with the elegant red, dark-red, gold and black color-scheme and samurai-inspired details and decorations. The new set is much smaller and less imposing than the original. This isn’t necessarily a bad thing though, as it makes the set more affordable and play-friendly. All the features and functions work well, as you will see in the video-review below, and the minifigs are fantastic! Mech measures over 5” (14cm) high, 1” (4cm) long and 4” (11cm) wide. Includes 3 minifigures: Nya (as Samurai X), Kruncha and Nuckal. 154 pieces. Price: $14.99 – BUY HERE 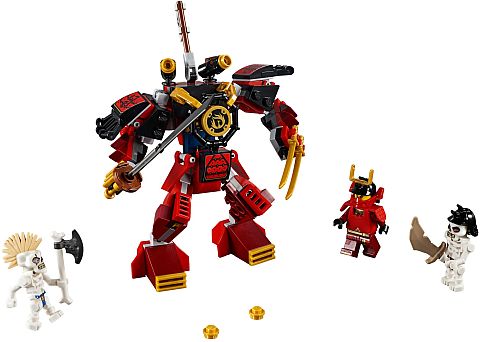 ➡ #70666 LEGO NINJAGO LEGACY GOLDEN DRAGON: This set is very close to the original #70503 LEGO Ninjago Golden Dragon from 2013. The size of the dragon is about the same, although some of the details are different due the use of newer pieces. Also, both the old and the new set comes with three minifigs. Lloyd and the Stone Army Scout are about the same, however the Overlord has been significantly updated. Dragon measures over 2” (6cm) high, 9” (24cm) long and 10” (26cm) wide. 171 pieces. Price: $19.99 – BUY HERE 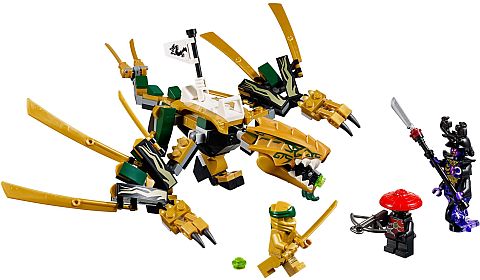 ➡ #70667 LEGO NINJAGO LEGACY KAI’S BLADE CYCLE & ZANE’S SNOWMOBILE: This set includes two vehicles, based on the #9441 LEGO Ninjago Kai’s Blade Cycle from 2012, and Zane’s snowmobile from the #9445 LEGO Ninjago Fangpyre Truck Ambush set also from 2012. It’s really interesting to see the differences between the new and old version of the vehicles. LEGO has been getting really good at making motorcycle type vehicles by taking advantage of all the recently released small decorative elements. It’s also nice to see the Venomari badguys (I mean, badsnakes) back! 376 pieces. Price: $29.99 – BUY HERE 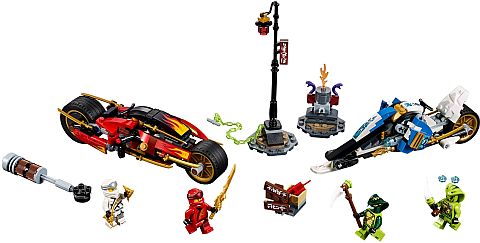 ➡ #70668 LEGO NINJAGO LEGACY JAY’S STORM FIGHTER: Another remake of a highly popular set, the #9442 LEGO Ninjago Jay’s Storm Fighter from 2012. Compared to the new version, the original Storm Fighter had a lot more studs exposed. Again, this set can be a study of the evolution of LEGO building techniques. Remember Pythor? Yes, Pythor is back! Along with Lasha, Nya, and Jay. Jay’s Storm Fighter jet action toy measures over 3” (8cm) high, 11” (28cm) long and 11” (30cm) wide. 490 pieces. Price: $39.99 – BUY HERE 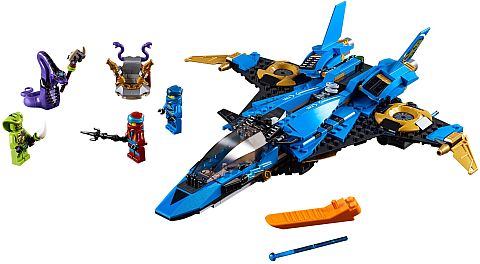 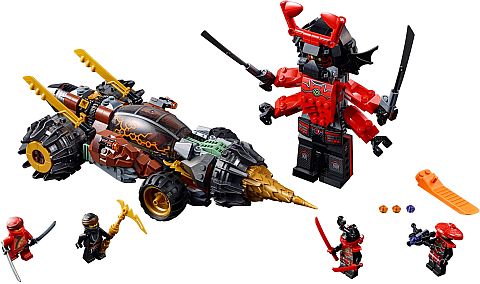 ➡ #70670 LEGO NINJAGO LEGACY MONASTERY OF SPINJITZU: While the #70751 LEGO Ninjago Temple of Airjitzu is considered the most beautiful LEGO Ninjago set by many LEGO fans, the Ninjago Legacy Monastery of Spinjitzu is not far behind. It gives us a beautifully detailed and quite authentic looking monastery. I really like how the model can open up to create a larger play-area, or pushed together for display. The set also includes all four collectible Golden Weapons; The Sword of Fire, The Nunchucks of Lightning, The Scythe of Quakes, and The Shurikens of Ice. The eight minifigures are Sensei Wu, Jay, Nya, Zane, Cole, Lloyd, Kai and Wyplash. LEGO was very generous with this set both in what is included and the price. You can learn more about it in the video-review below. The monastery measures over 11” (29cm) high, 12” (32cm) wide and 8” (21cm) deep when closed. 1070 pieces. Price: $79.99 – BUY HERE 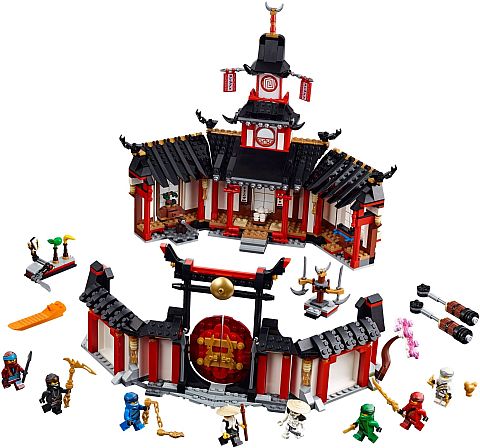 ➡ #70679 LEGO NINJAGO LEGACY ULTRA DRAGON: The original four-headed Ultra Dragon from the #9450 LEGO Ninjago Epic Dragon Battle was another extremely popular and sought after creature. I remember when the set was first revealed Ninjago fans were practically fainting with excitement. The Ultra Dragon is a combination of the four elemental dragons, as well as the dragon of Lloyd Garmadon. The legacy version of the Ultra Dragon is completely redesigned with brick-built heads (instead of moulded ones), and vinyl wings. The wing-flapping mechanism works really well, as you can see in the video-review below. The included minifigs are Lloyd and Sensei Wu, Lord Garmadon, Spitta, Lasha and Pythor. The Ultra Dragon measures over 7” (20cm) high, 21” (55cm) long and 17” (44cm) wide. 951 pieces. Price: $84.99 – BUY HERE

➡ #70680 LEGO NINJAGO LEGACY MONASTERY TRAINING: This is just a small add-on set within the LEGO Ninjago Legacy line with Kai, Nya, some training equipment, Samurai X training armor, and weapons. If you get the other sets, I probably won’t bother with this one. 122 pieces. Price: $9.99 – BUY HERE 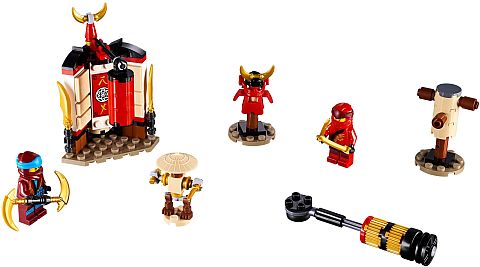 In the video player below, JANGBRiCKS will show you most of the sets in more detail. You can use the drop-down list in the upper left corner of the player to select the reviews you would like to watch, or just let them play one after another.

What do you think? How do you like the LEGO Ninjago Legacy sets? Do you have any of them already? Which one is your favorite? Are you planning to collect them all? And how do you think they compare to the original sets? Feel free to share your thoughts and discuss in the comment section below! 😉

Next post: LEGO FORMA shipping delay for US backers