LEGO Speed Champions has been a very successful line with minifig-scale versions of real-life racecars. Of course, on such a small scale, it is hard to build realistic vehicles, but LEGO designers have been doing an awesome job! A great number of small elements have been released in the past couple of years, including small tiles, corner pieces, angled tiles, small slopes, etc., which makes it possible to create more subtle shapes. In addition, LEGO designers also use stickers to make the cars recognizable. The LEGO Speed Champions line has an enthusiastic following, with fans collecting their favorite cars, or even the entire series. Some of the cars with few or no stickers and more generic shaping can also work as LEGO City vehicles, or the parts can be used to build custom cars. For this year, we got five new LEGO Speed Champions cars, so let’s take a look. 🙂 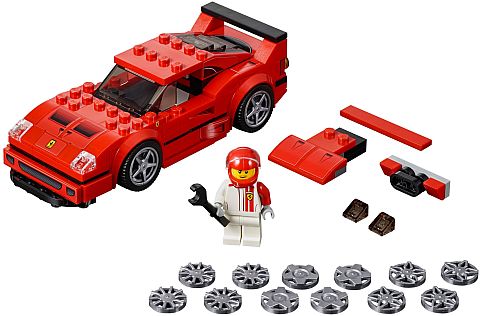 ➡ #75890 LEGO SPEED CHAMPIONS FERRARI F40 COMPETIZIONE: This is one of those LEGO Speed Champions cars that could be used in a LEGO City setting. It comes with few essential stickers, and the shape resembles a generic sports car. A unique feature of this model is that it can be transformed into a classic F40 road car – the last car that Enzo Ferrari oversaw in his lifetime. It comes with interchangeable hood and spoiler and four sets of hubcaps! Now, that’s amazing! The set also pairs up well as the smaller version of the large #10248 LEGO Creator Ferrari F40 released in 2015. This is a solid little set overall, and could even be considered one of the best LEGO Speed Champions sets due to its versatility and great parts selection. A minifig driver is also included. You can check out further details at the video-review below. 198 pieces. Price: $14.99 – BUY HERE 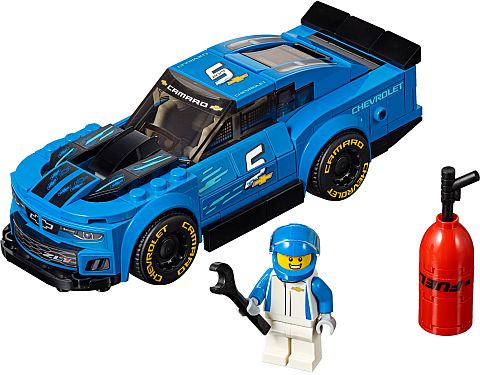 ➡ #75891 LEGO SPEED CHAMPIONS CHEVROLET CAMARO ZL1 RACE CAR: This is one handsome racecar! It comes with an adjustable roll cage, and wheels with exclusive printed Chevrolet Camaro-branded rims. There are a couple of more printed pieces towards the back of the car with Chevrolet print, and the rest of the decorations are stickers. JANGBRiCKS’ video-review on this set is particularly educational as he compares the car to the real life version. This is another very nice addition to the LEGO Speed Champions line-up. A minifig driver, and fuel canister are also included. 198 pieces. Price: $14.99 – BUY HERE 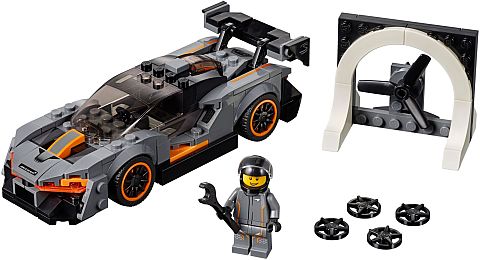 ➡ #75892 LEGO SPEED CHAMPIONS MCLAREN SENNA: The Senna is a seriously difficult car to replicate in LEGO, especially at this scale. LEGO designers used some very tricky and unusual techniques here, and thus putting the set together is full of delightful surprises. JANGBRiCKS has a lot to say about this set, so you might want to take a look at the video-review below. A minifig driver and a buildable wind tunnel with rotating fan are also included. 219 pieces. Price: $14.99 – BUY HERE 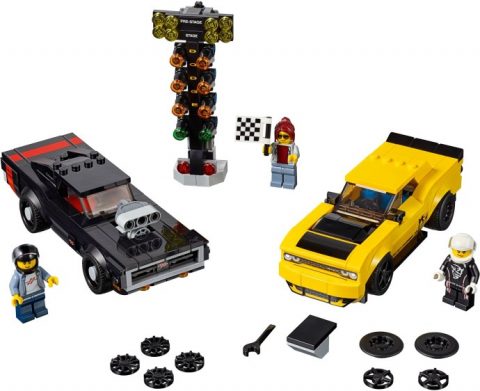 ➡ #75893 LEGO SPEED CHAMPIONS 2018 DODGE CHALLENGER SRT DEMON & 1970 DODGE CHARGER R/T: This is a larger set with two vehicles, three minifigures, and a lever-operated start light. The Dodge Challenger features two sets of wheel rims, and the Dodge Charger – an iconic American muscle car – has a removable supercharger and alternate engine cover. Both of these cars can be used in a LEGO City setting, which makes them extra versatile. 478 pieces. Price: $29.99 – BUY HERE 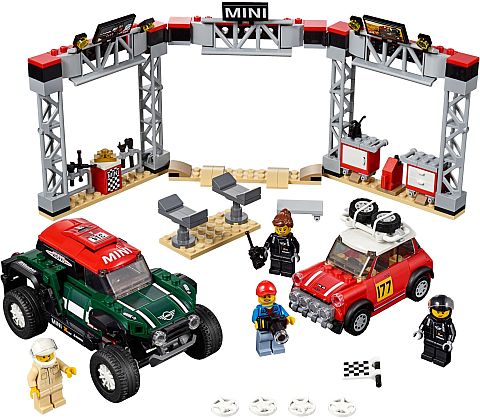 ➡ #75894 LEGO SPEED CHAMPIONS 1967 MINI COOPER S RALLY & 2018 MINI JOHN COOPER WORKS BUGGY: This is the largest of the 2019 LEGO Speed Champions cars with two vehicles, four minifigures and a fully equipped pit stop station with car jack stand, mechanic’s creeper, tool racks, and tools. The 1967 MINI Cooper S Rally features a roof rack with 2 spare tires (just like the original car), while the 2018 MINI John Cooper Works Buggy has suspension to drive over rough terrain. The little red MINI has been an instant favorite with many LEGO fans, even those who are otherwise not interested in LEGO Speed Champions. It is probably the cutest car LEGO ever released. The dark-green MINI looks kind of cartoonish, but that’s how the real vehicle looks like as well (as JANGBRiCKS points out in his video-review, this is actually some mix-up in the naming of this vehicle). 481 pieces. Price: $49.99 – BUY HERE

And that wraps up the 2019 LEGO Speed Champions sets. The collection is not too large, so even if you want to get all the vehicles, the price is not too overwhelming. And if you are just looking for certain vehicles for your city, or parts for your own models, you can just get the set(s) you like the most. All in all, this is a very well designed wave of LEGO Speed Champions cars. There is a good variety of vehicles, interesting designs, pieces, and colors, and the prices are not bad. You can find all the new sets (along with some of the previous releases) at the LEGO Speed Champions section of the Online LEGO Shop.

What do you think? How do you like the 2019 LEGO Speed Champions sets? Do you have any of them already? Feel free to share your thoughts and own reviews in the comment section below! 😉