The kitchen is considered the heart of the home. It is where the family cooks, gathers for meals, have discussions, and even play together. In fact, the kitchen table is often a favorite place to play board games and work on large LEGO models. Kitchens also have lots of interesting appliances and accessories that aren’t found anywhere else. All of these characteristics make kitchens great candidates for LEGO projects. 🙂 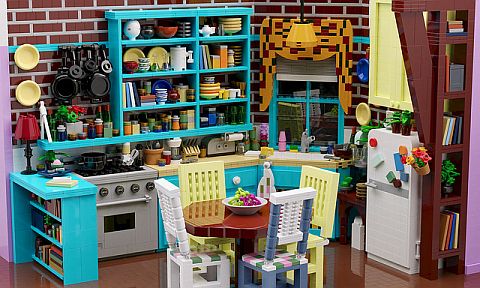 Designing and building kitchens allows LEGO fans to display their building skills (appliances, cabinets, utensils, etc.), decor skills (choosing coordinating colors and interesting shapes), and their collection of interesting LEGO accessories. Below, I will show you some of my favorite LEGO kitchens. But, before we begin, let’s explore a little bit of LEGO history to get a better understanding why stocking a LEGO kitchen takes so much diligence and devotion. 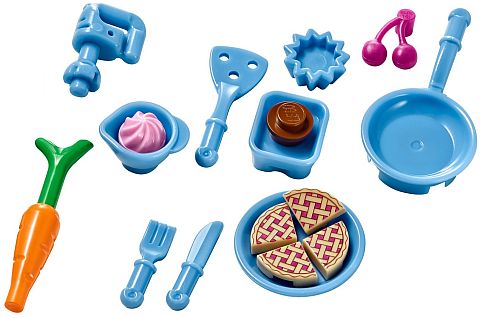 LEGO has been quite minimalist when it comes to providing a variety of tools and accessories. This is especially true for kitchen utensils. The LEGO fork wasn’t introduced until 2012, and the LEGO spoon until 2017 – both in the LEGO Friends line. (An earlier spoon appeared in a few LEGO Belville sets). LEGO did a little better with dishes and cups. The iconic LEGO cup was released in 1979, the goblet in 1986, and the basic dish in 1995. We also got a frying pan, a saucepan, and a large cauldron in the early 1980s. However, we didn’t get a teapot until 2016, a tea cup and saucer until 2018, and a soup bowl until 2017. All in all, LEGO has been getting better with kitchen utensils, but they are still fairly rare items that LEGO fans treasure. The LEGO Friends line is still the best source of kitchen utensils, although sometimes they are available in other themes as well. 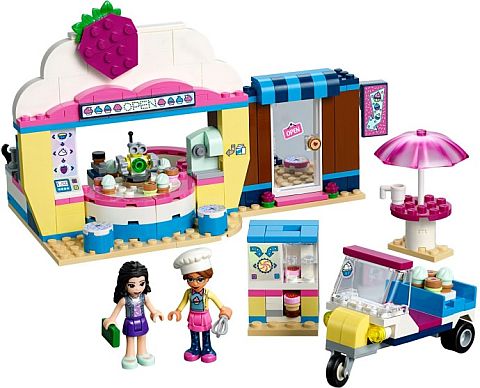 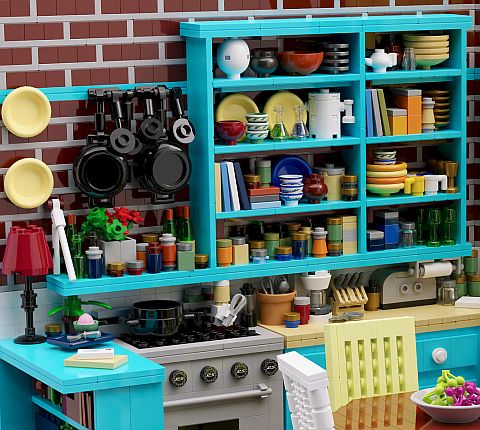 Monica’s kitchen (see image above and first image) was inspired by the Friends television sitcom and was designed by LEGO fan aukbricks. It is fully stocked with everything imaginable, including all those coveted kitchen accessories and utensils we talked about above. Check out all the clever designs, like the kitchen knife block, toaster, coffee maker, fridge, stove, chairs, etc. I really like the colors too! See full-size flickr gallery image here. 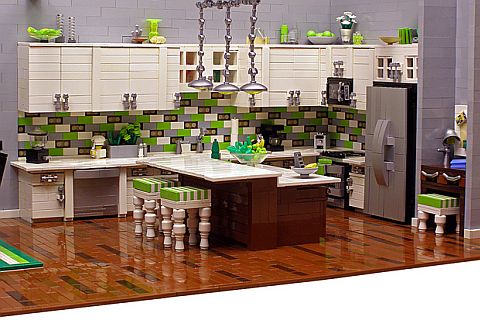 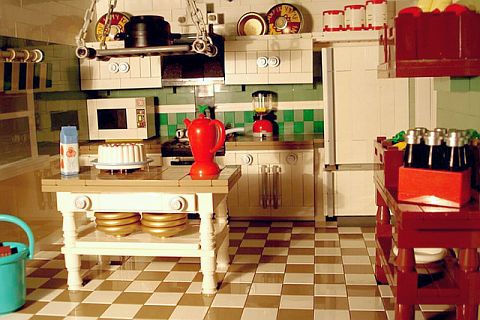 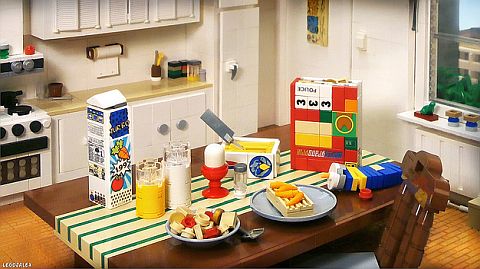 Johan Alexanderson serves a full breakfast in his kitchen with juice, milk, egg, sandwich with butter, Kalles Kaviar (a Swedish specialty), and Kellogg’s Sugar Smack cereals with strawberries. Also check the rest of the kitchen behind them. There are some nice design elements like using a couple of LEGO vehicle doors for the roll of paper towel. See full-size flickr gallery image here. 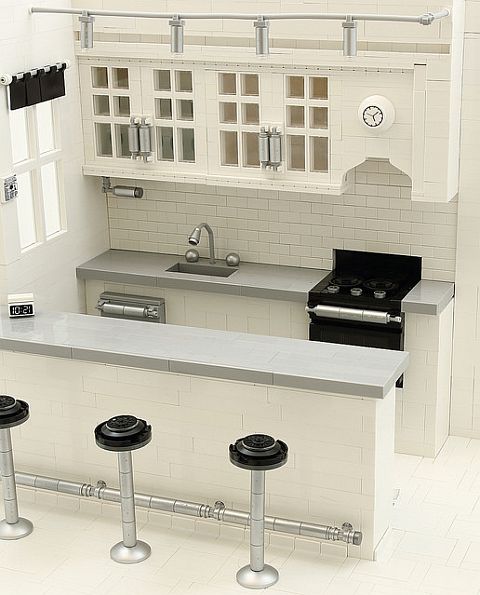 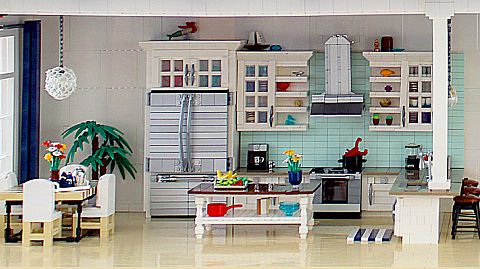 This kitchen is also by Littlehaulic. It is part of a fully built doll-house (see below). I really like the use of LEGO’s more unusual pastel colors. See full-size flickr gallery image here. 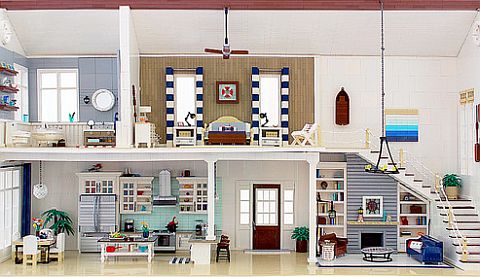 As you can see, there are many ways to build and decorate a LEGO kitchen. You can make them minifig-scale, or use another scale if you really want to build up the details. You can also make the kitchens fully stocked and cozy, or more like a show kitchen for entertaining esteemed guests. And, if you have been collecting LEGO kitchen utensils and food items, building a kitchen is a perfect way to highlight them. If you need more, check the LEGO Friends section of the Online LEGO Shop. 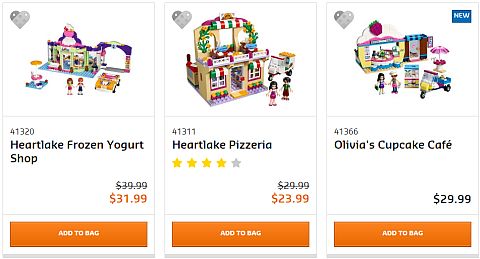 What do you think? How do you like these LEGO kitchens? Do you collect LEGO kitchen utensils and food items? Have you ever built a kitchen before? Feel free to share and discuss in the comment section below! 😉