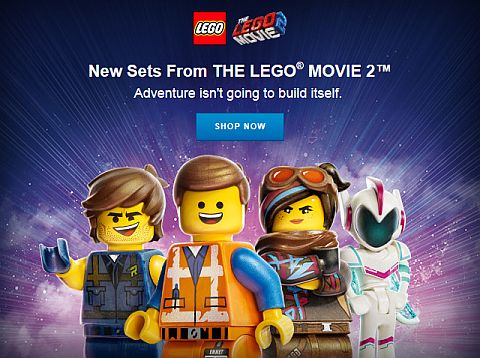 The first wave of sets related to The LEGO Movie 2 include nineteen regular sets, some small polybags, and one LEGO DUPLO set. Two of the smallest regular sets are the #70841 LEGO Movie 2 Benny’s Space Squad and the #70822 LEGO Movie 2 Unikitty’s Sweetest Friends EVER! Both sets are excellent value and already very popular due to the LEGO Classic Space minifigures and unique printed parts. Another small set is the #70823 LEGO Movie 2 Emmet’s Tricycle! This set may not be as interesting to adult LEGO fans, but it’s certainly fun for kids. The first two sets are only $9.99 each, and the last one is $14.99. I have heard from many LEGO fans that they are buying several of Benny’s Space Squad. It’s a great army-builder set for LEGO Classic Space fans! 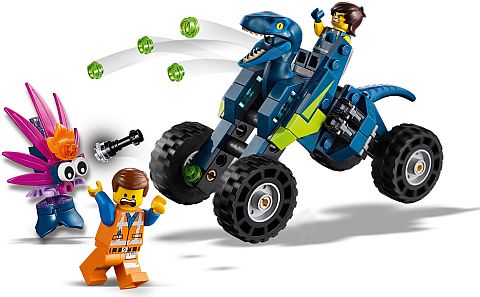 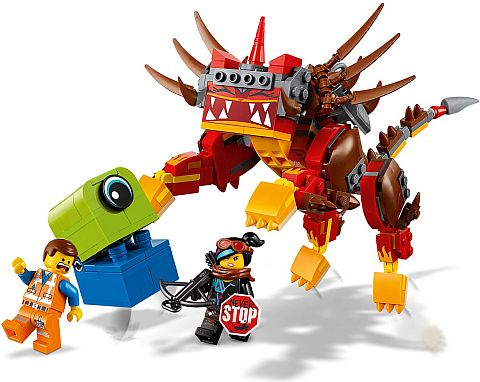 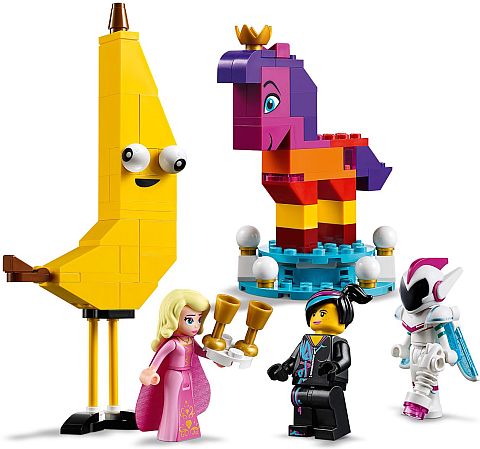 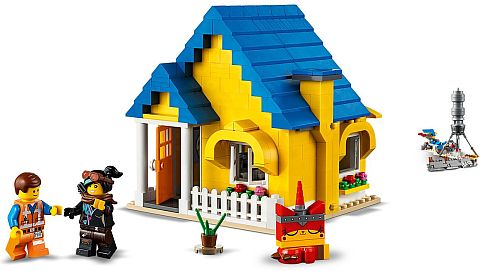 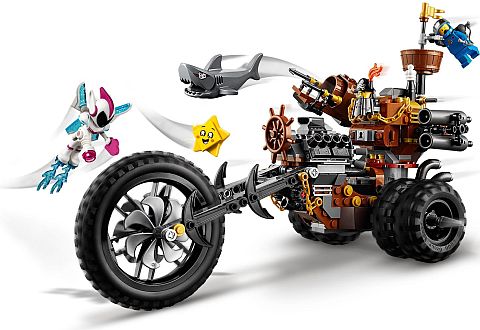 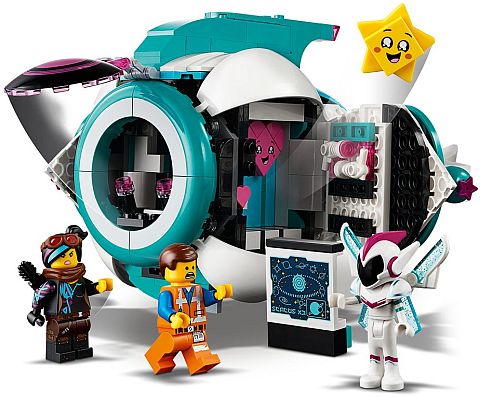 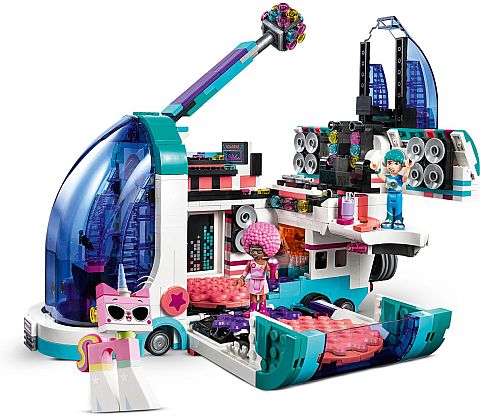 In the $40-$70 price-range we get six more sets. The #70825 LEGO Movie 2 Queen Watevra’s Build Whatever Box! (lots of basic pieces in unique colors), the #70829 LEGO Movie 2 Emmet and Lucy’s Escape Buggy!, the #70820 LEGO Movie 2 Movie Maker set with a backdrop and props to make your own brickfilms, the #70834 LEGO Movie 2 MetalBear’s Heavy Metal Motor Trike! (great for steampunk fans!), the #70831 LEGO Movie 2 Emmet’s Dream House/Rescue Rocket! (turn Emmet’s house into a spaceship!), and the #70830 LEGO Movie 2 Sweet Mayhem’s Systar Starship! If you would like to see these sets in detail, check the video-reviews included in the player below by JANGBRiCKS. 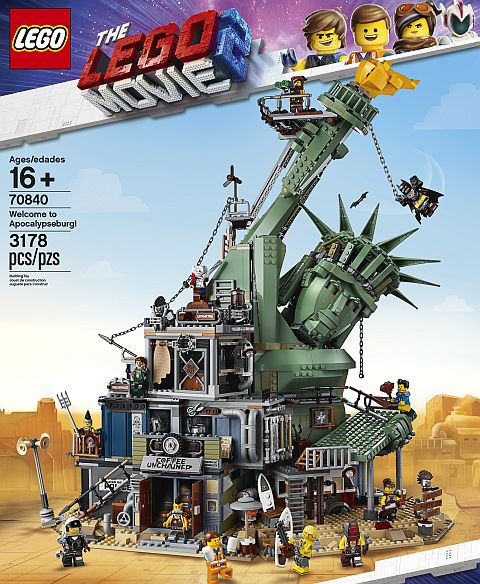 The three largest sets in The LEGO Movie 2 collection are the #70828 LEGO Movie 2 Pop-Up Party Bus with unique design and colors (including a new color, similar to the long retired salmon color), the #70835 LEGO Movie 2 Rex’s Rexplorer (with more dark-blue dino’s and an unusual spaceship), and the massive #70840 LEGO Movie 2 Welcome to Apocalypseburg! (we talked about this set previously here). In the video-player below, I have included all The LEGO Movie 2-related reviews by JANGBRiCKS, so you can see the sets in more detail.

The LEGO Movie 2 sets are full of unique parts, interesting minifigures, and both classic and unusual designs. Even if a set doesn’t appeal to you right away, it’s worth checking out larger images, because there are lots of useful pieces, colors and accessories that you could use in your own creations. See the full selection at The LEGO Movie 2 section of the Online LEGO Shop. 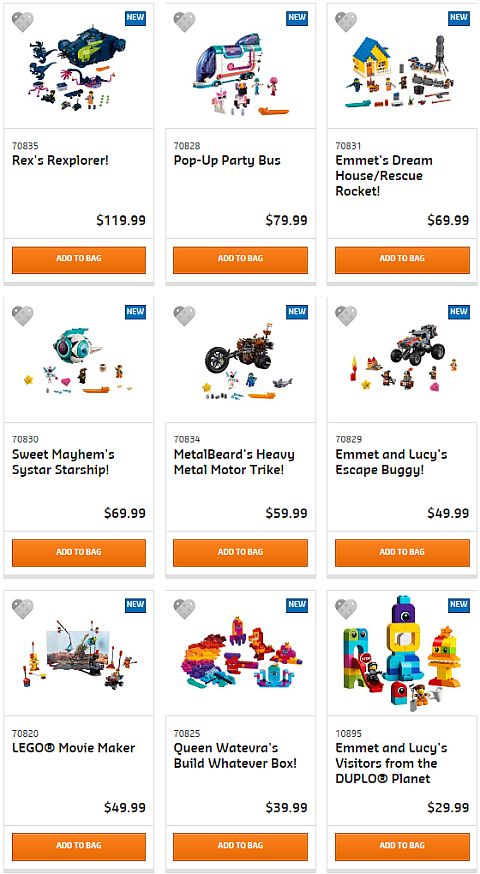 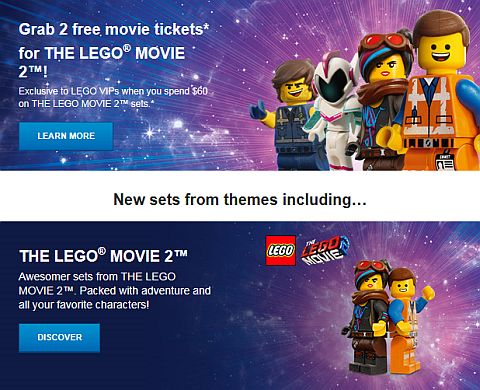 What do you think? How do you like The LEGO Movie 2 sets? Do you have any favorites? Did you get any of them already? Feel free to share your thoughts and discuss in the comment section below! 😉