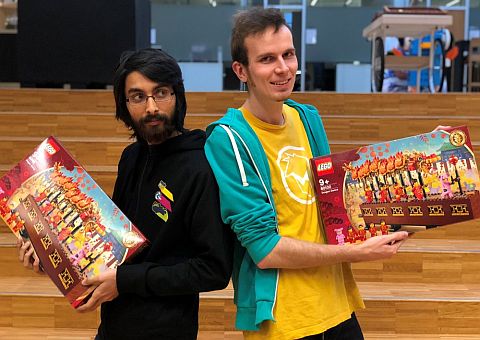 The designers behind the LEGO Chinese New Year Dragon Dance, Nicolaas Vás and Niek van Slagmaat. Even though both designers have been with the LEGO Group for many years, this was the first opportunity they had to collaborate on a project. Nico was able to bring his experience building dragons such as the #70734 LEGO Ninjago Master Wu Dragon, and Niek is well known for designing complex sets such as the #21311 LEGO Ideas Voltron. While both designers had some experience with Chinese culture, the process of creating the LEGO Chinese New Year Dragon Dance set was truly a team effort. Members of the China marketing team were part of the design process and provided feedback and insights on colors, design, and patterns to the model designers and graphic designers to help make the set look and feel as authentic as possible. 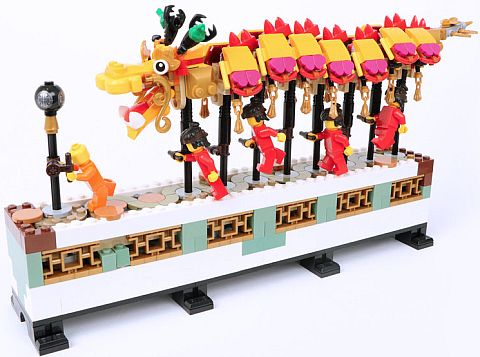 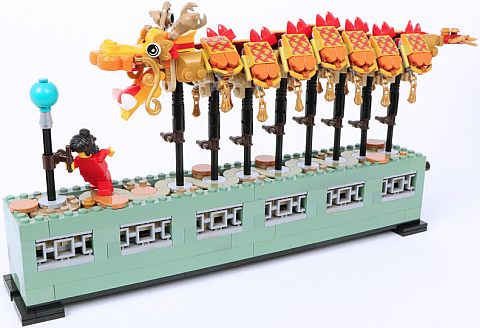 Personal touches from the designers can be spotted within the set, such as Nico’s addition of the four small animals, and use of the Color ID: #191 Flame Yellow/Orange – one of Niek’s favorite colors. For the decorations of the dragon like the scales, Crystal Fontan (who recently created the decorations of the #21315 LEGO Ideas Pop-Up Book), tested several different variations. Finally, the team was able to select all the right colors and decorations to make this an amazing set. 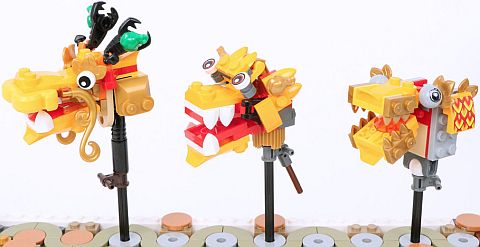 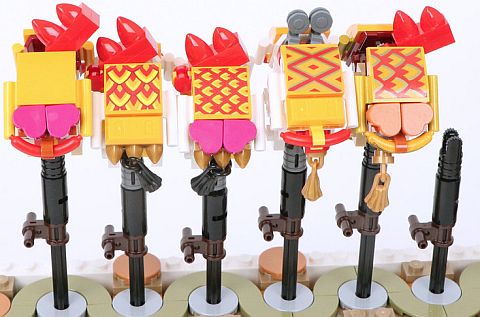 What the designers found most challenging about the LEGO Chinese New Year Dragon Dance was capturing the dancing motion of the dragon. It was important for Niek and Nico to provide a function that had fluidity of movement, reliable operation, and easy building steps. Here, I have included some pictures from the design process, and you can find more at the LEGO Ambassador Forum’s blog. 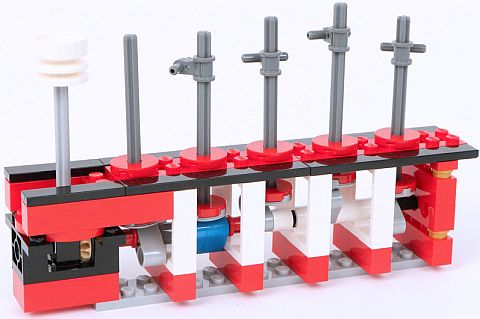 Speaking of the dancing motion of the dragon, LEGO fan Jason Allemann (a.k.a. JKBrickWorks), who is well known for his kinetic LEGO sculptures, felt that the dragon could have a more fluid motion with a bit of alteration. (Jason recently made a similar adjustment for the LEGO FORMA set, which we talked about here: LEGO FORMA Downloadable Skins & More!) He downloaded the building instructions for the set from LEGO’s website and built his own copy, substituting parts where necessary. In the video below, Jason will demonstrate how the dragon works in its original state, and two different modification options he came up with to make the dragon’s motion more fluid.

If you are lucky enough to have acquired the LEGO Chinese New Year Dragon Dance set (or you have the pieces to build it) and would like to make the changes demonstrated in the video, step-by-step building instructions are available at Jason’s website, along with a list of the extra parts you will need, and some building notes. You can find them here: LEGO CHINESE NEW YEAR DRAGON MODIFICATIONS 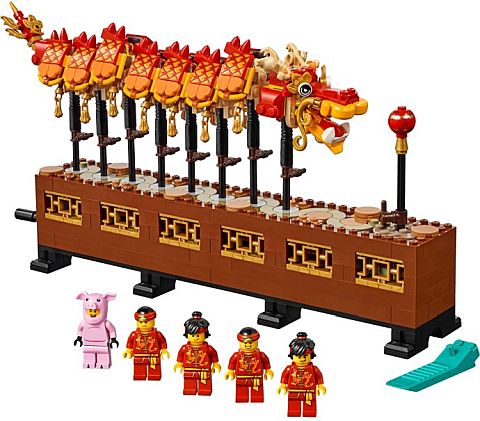 and BrickLink. If you don’t mind building the sets without the unique prints and minifigs, building instructions are available for the first two sets at the Building Instructions section of the LEGO website. Just type in the set number, and you can download the instructions in a PDF format. 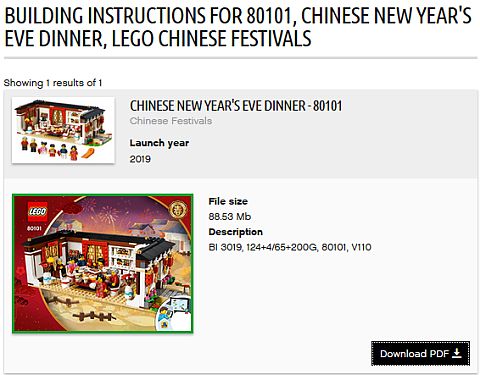 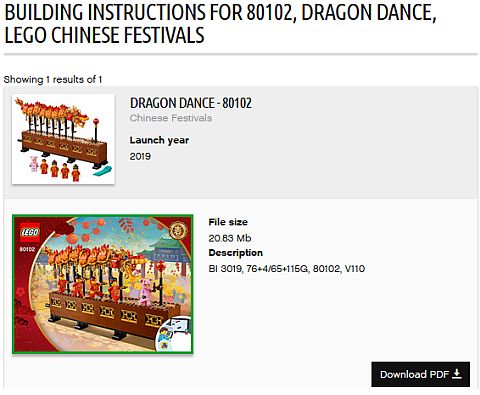 What do you think? How do you like the LEGO Chinese New Year Dragon set and the different early versions? And what do you think of Jason’s modification for a smoother motion? Feel free to share your thoughts and discuss in the comment section below! 😉