Just as The LEGO Movie 2: The Second Part is about to premiere in cinemas all over the globe, LEGO Movie Days take place at the LEGO House in Billund, Denmark for the entire month of February with fun film-inspired activities. This is the very first time that the LEGO House is collaborating with the LEGO Group’s product and marketing development team, and they created two unique backstage exhibitions related to the movie; one in the public area in LEGO Square and one in the Green Zone inside the Experience Zones. Below are more details on both, as well as some exclusive footage with the designers. 🙂 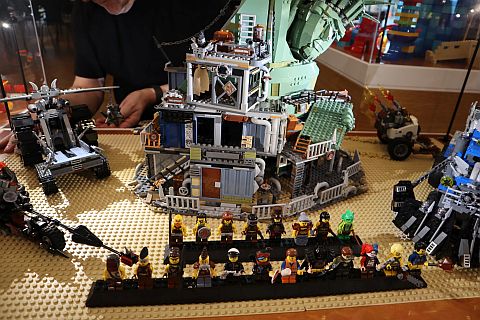 The exhibition in LEGO Square gives an insight to how the LEGO Group and Warner Bros. collaborated to co-create the much-anticipated film. The exhibition showcases a range of developmental work on characters, vehicles and settings as well as original props that are featured in the actual movie. 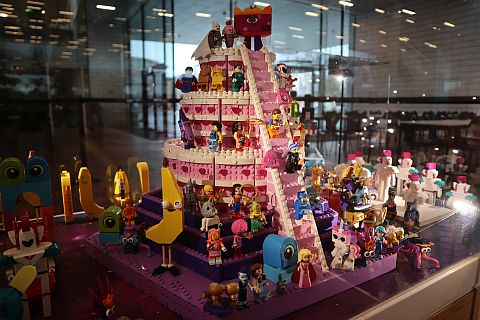 The exhibition within Green Zone gives a behind-the-scenes-peek of The LEGO Movie 2, and shows how LEGO models are continually refined during the creative process. A selection of these iterations will be on display. 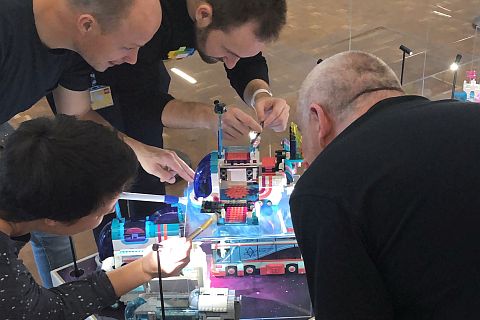 In the player below, I have included three very interesting interviews with Senior Designer Jordan David Scott and Design Manager Ross Christopher Haynes. They will give you a behind-the-scenes look at the early development stages of some of the characters, vehicles and scenes from The LEGO Movie 2.

Another very interesting video is the designer interview with the LEGO designers who worked on the set; Senior Designer Justin Ramsden, Graphic Designer Patton, and Element Designer Ruth Kelly. They go into great detail about working on different aspects of the set, show some of the early prototypes, and even talk about their own journeys on becoming LEGO designers. I think you will enjoy it.

Also, to celebrate The LEGO Movie 2, there are a couple of advertisement collaborations which are pretty fun. The first one is an ad for the 2019 Chevy Silverado, and the second is for the new Discover Card. I have included both in the player below.

The LEGO Movie 2: The Second Part is scheduled for release this weekend, and seeing all this extra footage is pretty exciting! Also, if you haven’t done so already, you might want to take a look at all the new sets at The LEGO Movie 2 section of the Online LEGO Shop.

What do you think? Are you looking forward to The LEGO Movie 2? And what do you think of the behind-the-scenes look at some of the prototypes? Feel free to share your thoughts and discuss in the comment section below! 😉