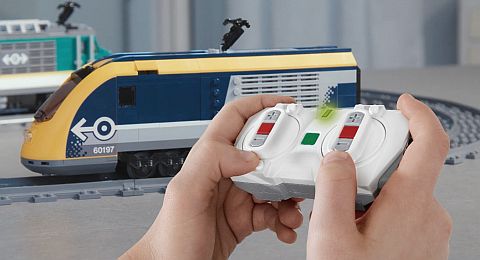 LEGO Powered Up was introduced with two new LEGO City Trains; the #60197 LEGO City Passenger Train, and the #60198 LEGO City Cargo Train. Both trains include the new train engine, the new battery box (which also includes the Bluetooth receiver) and the new remote (the trains can be operated either with the remote or via the LEGO Powered Up App). In addition, the #65112 LEGO App-Controlled Batmobile includes two new motors and the same battery box as the trains (this set does not come with a remote, but is fully app controlled). 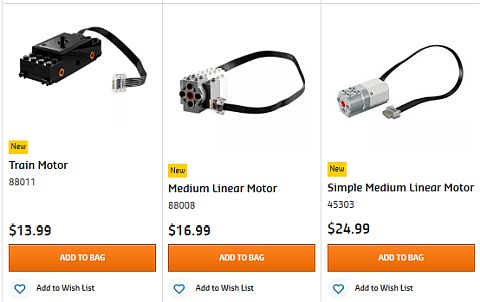 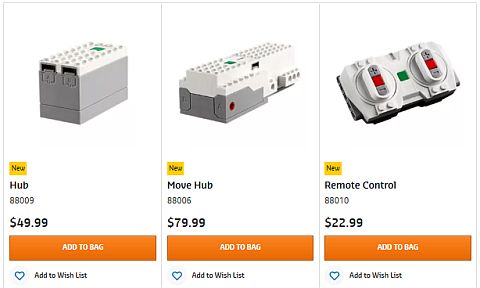 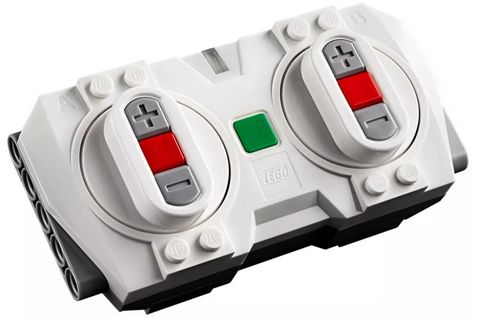 There is also a new color and distance sensor for robotics. The #88007 LEGO Powered Up Color & Distance Sensor can detect six colors and moving objects within a 5-10 cm range. The price is $13.99, and it is available at the LEGO Power Functions section of the Online LEGO Shop.

Personally, I haven’t invested in the new LEGO Powered Up system just yet. I have been happy with LEGO Power Functions 1.0, which is enough for my minimal needs (running a few trains and motorized contraptions). And seeing the high prices of the new components doesn’t make me particularly enthusiastic. However, moving to a Bluetooth-based system is an upgrade, so if you haven’t invested in the LEGO Power Functions system, it might be a good idea to start with LEGO Powered Up. It is also worth checking out the various tutorials and comparison videos on YouTube to make an educated decision. I’m including four excellent informational videos below, comparing the LEGO Power Functions and LEGO Powered Up systems, as well as testing out the capabilities of the new system.

What do you think? How do you like the new LEGO Powered Up system? Are you planning to get any of the individual components? Or are you staying with LEGO Power Functions? Feel free to share your thoughts and discuss in the comment section below!