Update on LEPIN & Other LEGO Counterfaiters

Towards the end of last year, the LEGO Group announced that they received favorable decision from Chinese courts against companies who infringed on their copyrights, including the notorious counterfeiter company LEPIN, which has been aggressively copying and distributing official LEGO sets as well as LEGO fan created models without authorization (see: LEGO In China Newsroom Announcements). However, this did not slow down LEPIN from continuing to produce fake LEGO sets. In fact, the situation got so bad that there are reports from China and Hong Kong of LEPIN sets being sold in official LEGO boxes (read more here). 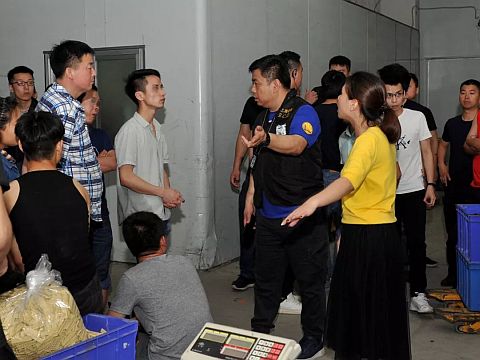 Finally, it was reported at the end of April that the Shanghai police successfully destroyed the criminal gang suspected of infringing the copyright of the LEGO brand, arrested four suspects including the leader of the operation, and smashed production and packaging. The raid involved 3 warehouses, more than 10 assembly lines, more than 90 production molds, nearly 200,000 manuals, more than 200,000 packaging boxes, more than 630,000 finished products, and more than 200 million Yuan (~$30 million USD). You can read a good summary of the case here, and another good article from the BBC here. 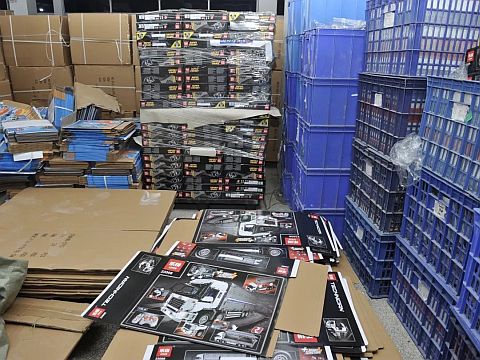 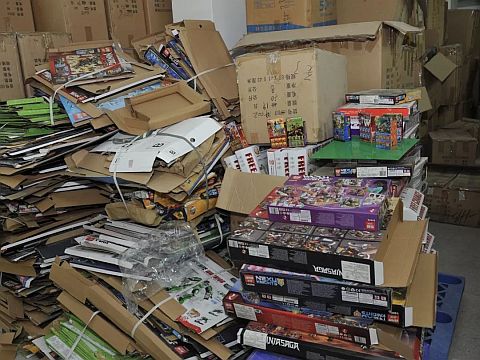 Distribution of LEPIN sets halted for a few days, however they are being sold again. It’s difficult to deal with Chinese counterfeiters as all they do is change names and/or locations and they are back in business. In addition, distributors ship LEPIN sets to other countries in unmarked boxes with only loose pieces, which makes it difficult to identify them. It’s like fighting Hydra, the many-headed serpent of Greek mythology; you cut off one head, and two new ones pop up. LEGO fans were watching these development with great concern, and even contacted LEGO’s legal department with questions and tips. 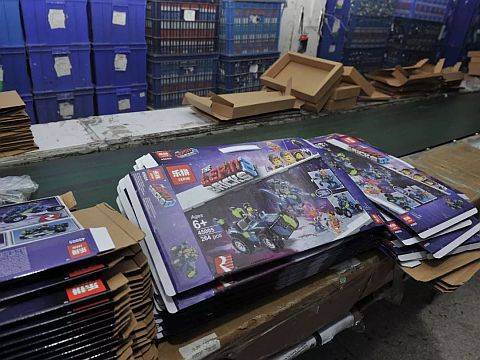 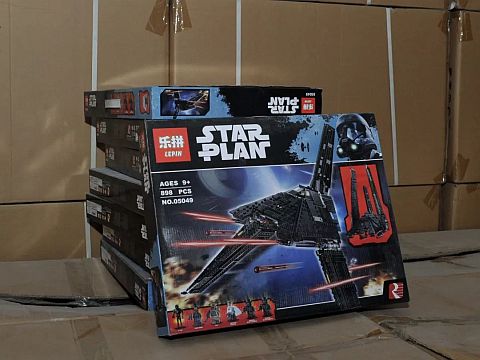 A couple of days ago, we got the following update via the LEGO Ambassador Network in regards to the case. Vice president and general counsel for LEGO China, Robin Smith, was interviewed by BBC about the police action against LEPIN, where she highly credited the support from the AFOL (Adult-Fan-of-LEGO) community in this battle. In the article, she mentions that LEGO uses the help of government authorities, customs officials, private investigators, as well as LEGO fans who have been tracking down and helping to bust counterfeiters. “I think there’s one way we’re probably very unique as a company, and that is that we have this global network of fans of ours, of our product. We call them Adult Fans of LEGO, or AFOLs. And they actually will send us sets in the mail with the receipts so that we know where they found it and how much it cost. And I’ve had some fans that have been doing that for all 20 years that I’ve been with the company, which is fantastic.”

Robin also added: “Counterfeiters are threat to our business, but I think it’s more of a threat… and where we’re more concerned… is in the safety of the products that people are getting when they buy a copycat product, because safety is of utmost importance to us. With copycat products, you get no guarantee on the safety of what you’re going to get in the package. I’ve actually seen a lot of things in with copycat bricks, in sets that are trying to look like LEGO sets. You see tree branches, or insects, or candy wrappers. You name it. I think in 20 years I’ve seen lots of different things go in there. And the quality of the facilities in which they are packing these products, or in which they are molding these cheap plastic bricks, is also not good. We had that confirmed, definitely, with the photos we got from the police in this recent raid that the Shanghai police did.” Read whole article here.

Furthermore, Robin wished to pass on a few more words to the LEGO fan community via the LEGO Ambassador Network: “Lately, the LEGO Legal Department has been flooded with numerous messages about LEPIN changing its name and about the fact that their sets are still being sold on certain websites and in certain stores. We wanted to let you all know that we know. And, yes, we know this can seem discouraging. I suppose the best analogy here is: We have won a big battle, but we have not yet won the war. There is still a lot of work left to do. And, the Legal Department, with the help of the Shanghai Police and others, are doing it. Actually, not just in China, but all over the world, against LEPIN and other copycats and infringers. And, yes, we are working to stop the continued sale of LEPIN sets on many fronts. So don’t lose hope. We are on the case!” 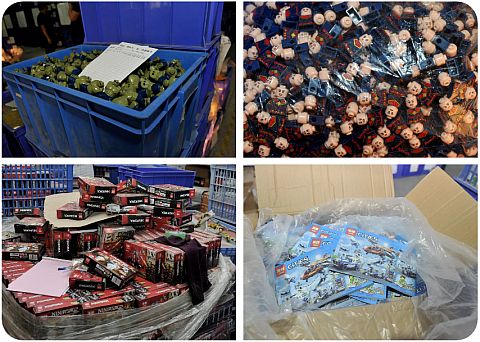 As you can see, dealing with Chinese counterfeiters is not a simple affair. However, with the awareness and help of the LEGO fan community and the general public, as well as various agencies, it can be done. What do you think? Did you ever encounter a counterfeit LEGO set by either LEPIN or other companies? Do you think LEGO will be successful fighting them? Feel free to share and discuss in the comment section below!

Next post: Guide to Feeling for LEGO Disney Minifigs 2