Some people view the LEGO BrickHeadz sets as collectibles, similar to Funko POP characters. Others like the sets because of the interesting building techniques, colors, and printed parts, and there are also those who can’t relate to the figures at all. LEGO BrickHeadz also inspired fans to design and build their own characters, build together with their families (including making BrickHeadz characters of themselves!), and even participate in LEGO BrickHeadz building contests. 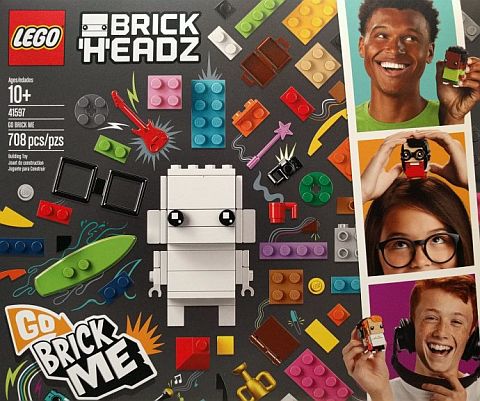 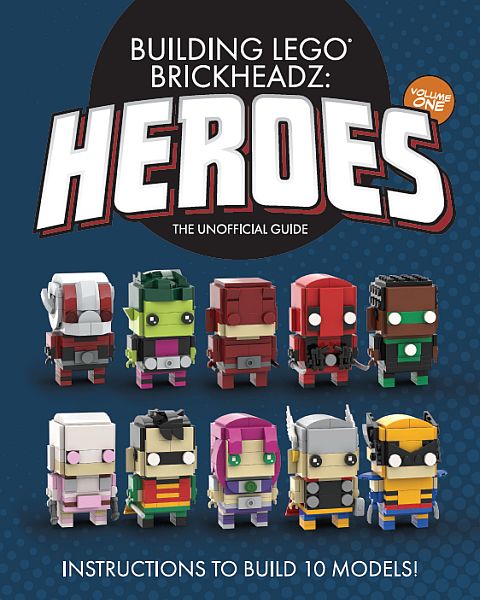 Recently, I learned about a new book, titled, Building LEGO BrickHeadz Heroes – Volume One: The Unofficial Guide by Charles Pritchett. The book provides instructions for ten superhero characters turned into BrickHeadz. If you already built all the official LEGO BrickHeadz sets, played around with the LEGO BrickHeadz Go Brick Me set, and you still want even more, you may want to check out this book. Below is the official description. 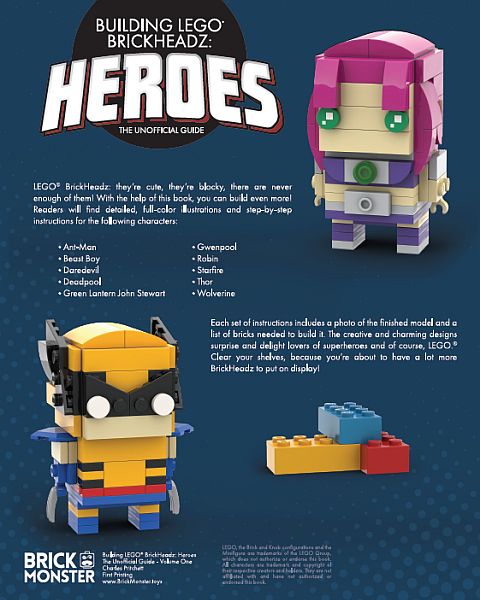 LEGO BrickHeadz: they’re cute, they’re blocky, there are never enough of them! With the help of this book, you can build even more! Readers will find detailed, full-color illustrations and step-by-step instructions for the following characters: Ant-Man, Beast Boy, Daredevil, Deadpool, Green Lantern John Stewart, Gwenpool, Robin, Starfire, Thor & Wolverine! Each set of instructions includes a photo of the finished model and a list of bricks needed to build it. The creative and charming designs surprise and delight lovers of superheroes and of course, LEGO. Clear your shelves, because you’re about to have a lot more BrickHeadz to put on display! 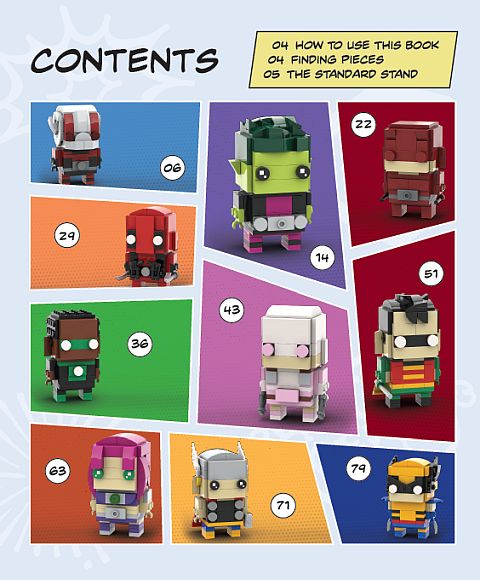 The book is self-published with 88 pages of high quality and easy to follow instructions. It is available in paperback and digital versions, both of which are listed on Amazon: LEGO BRICKHEADZ HEROES BOOK ON AMAZON 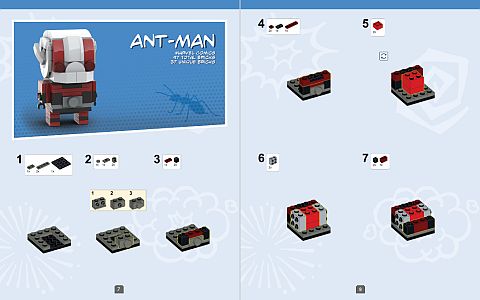 I should also mention that Charles has another self-published book, titled, Expanding The LEGO Winter Village. It includes step-by-step building instructions for six models, including a couple of charming classic style vehicles, a sleigh, a little shop, and more. This book is also available in printed and digital version on Amazon: LEGO WINTER VILLAGE BOOK ON AMAZON. And there is another book in the works about LEGO trains, which will be published by No Starch Press. 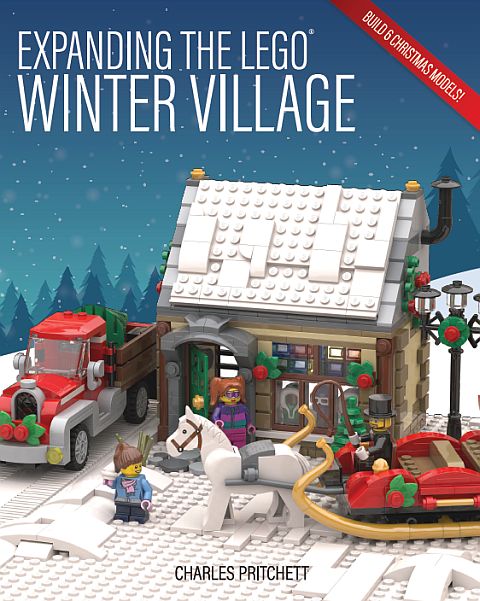 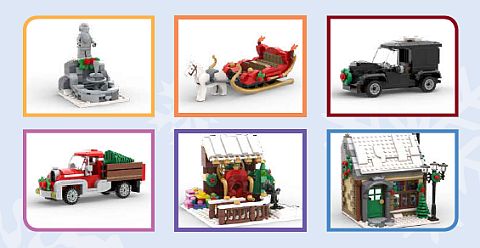 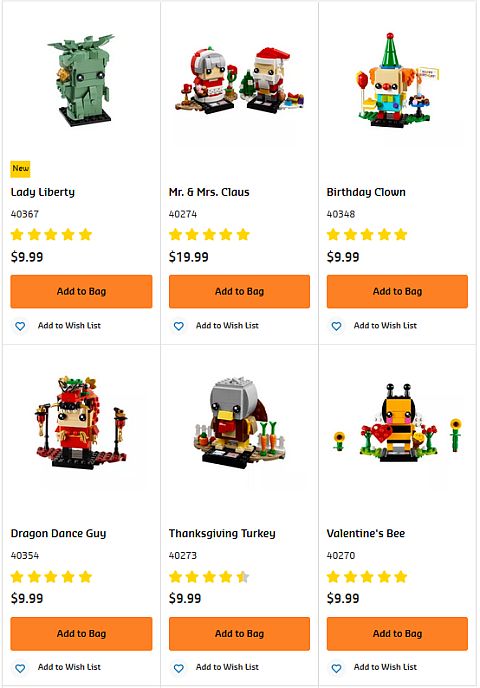 What do you think? Do you have any of the LEGO BrickHeadz sets? And do you like to build your own BrickHeadz characters? And what do you think of the BrickHeadz book discussed here? Feel free to share and discuss in the comment section below!