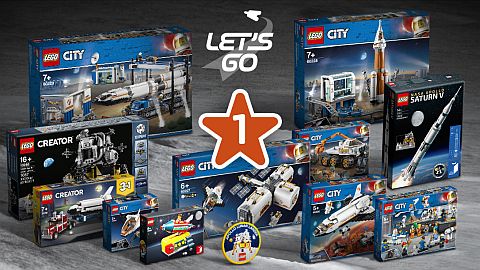 ➡ LEGO IDEAS MOON TO MARS CONTEST: Imagine if you could help NASA take the next big step in space, taking us from the Moon to Mars! How would you get us there? It’s time to think innovative and be inventive when you show the community what kind of space vehicle you think it would take to make it to Mars. Oh, and you should of course build it in LEGO bricks! The contest consists of three phases: 1.) Submission Phase – Build and submit your entry before August 1st, 2019 at 6:00 AM EST. 2.) Judging Phase – A panel of judges consisting of members of the LEGO Space team and NASA will choose the winners by August 15th, 2019. 3. Winners Announcement - The LEGO Ideas team will share the grand prize winner and two runner-up winners here on LEGO Ideas no later than August 22nd, 2019. You can read up on the contest details, contest rules, and submit your entry here: LEGO IDEAS MOON TO MARS CONTEST 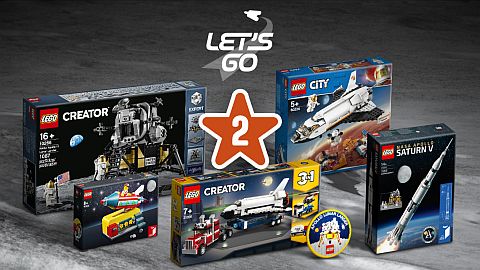 ➡ LEGO IDEAS ACTIVITIES OPEN TO ALL MEMBERS: Back in May, the LEGO Ideas team introduced a new way to showcase the creativity of the LEGO fan community called LEGO Ideas Activities. Activities are small, informal warm-up challenges that the LEGO Ideas team sets forth on a more regular basis than contests and are of a shorter participation period. The program allows LEGO fans to unleash their creativity in shorter bursts without the need to spend a lot of time building big creations. With Activities, there are no winners and prizes. However, from time to time the LEGO Ideas team may feature some of the coolest designs on LEGO’s social media channels to celebrate the skills of LEGO fans. 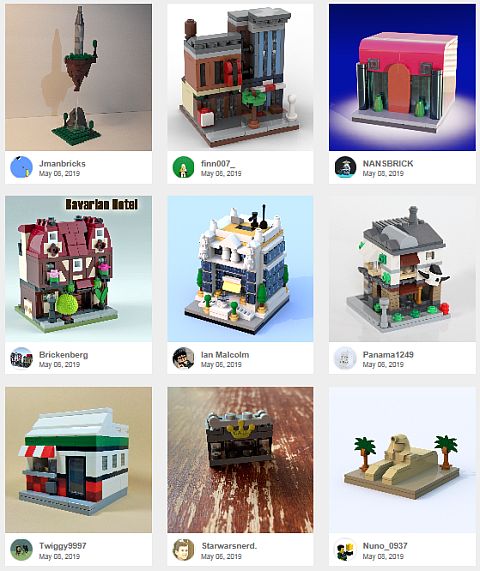 The LEGO Ideas team started off Activities with a challenge titled “Build Your Finest Micro Modular Building!” that run until mid-May. The submissions to this challenge can now be seen at this page. A second Activity started a couple of days ago titled “Build Your Holiday Essentials!” The deadline for this activity is July 8th, 2019 at 4:00 AM EST. The LEGO Ideas team would like to see some of your holiday essentials in LEGO bricks. So, start building some of those summer staples before you put on your shades and kick back in the sun. You can read up on the activity details, activity rules, and submit your entry here: BUILD YOUR HOLIDAY ESSENTIALS!

It looks like the LEGO Ideas team intends to keep LEGO fans busy during the summer season. You can participate in the longer and more challenging contests (currently there are two active contests running), or the shorter activities. And, even if you don’t plan to participate in the LEGO Ideas challenges, I strongly recommend checking out the contest entries. The talent and skill within the LEGO fan community is amazing, and you might find something that will inspire your own future projects. 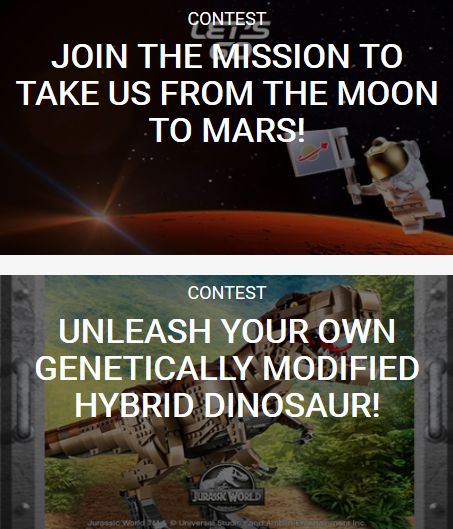 What do you think? Have you participated in any of the recent LEGO Ideas contests? And what do you think of the new Activities feature? Feel free to share and discuss in the comment section below!