We haven’t gotten a good medieval windmill since the release of the #7189 LEGO Castle Mill Village Raid in 2011 (pictured below), so I thought to share some of my favorite custom LEGO windmills built by LEGO fans. Windmills were (and in some places still are) an important part of daily life. They make it so much easier and faster to mill large quantities of grains. The windmill in the above-mentioned LEGO Castle set is a particularly interesting design, because the entire structure can rotate to face the wind. According to Wikipedia, this is called a post mill, and variations of it were used for centuries all over Europe. (As a side note, it is also worth mentioning that this is the only set ever released that included a goat. Besides the two goats in this set, this elusive LEGO animal was never seen again. The few that are available on the secondary market sell in the $30-$40 range.) Since LEGO decided to discontinue the entire castle/medieval line, let’s take a look at some great custom LEGO medieval windmills! 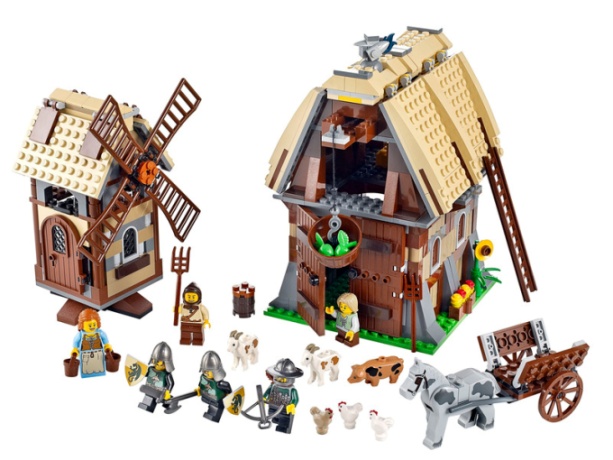 The medieval windmills below were built by LEGO fans César Soares, Peeters Kevin, and denil oh. They all have a round tower shape, built with advanced brickwork techniques. (You can click on the names to go to the builders’ gallery and see larger pictures). 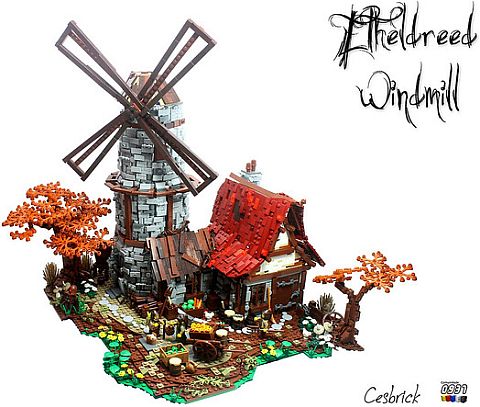 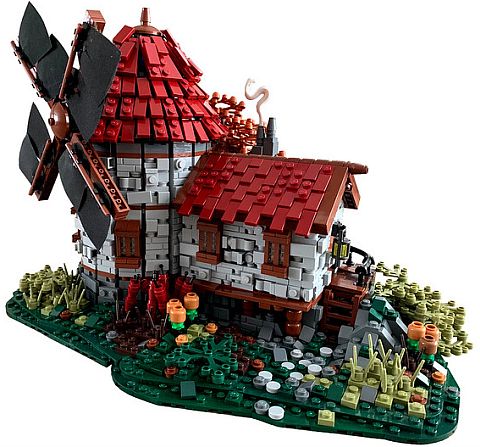 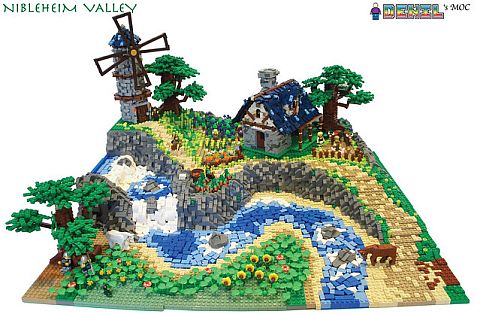 Another batch of medieval windmills that I really like are by Sandro Damiano, Legonardo Davidy, Roanoke Handybuck, and Jonatan Svenning. The medieval setting, rustic design, and lots of details add great character to these windmills. Also notice all the different ways the windmill’s blades are made. 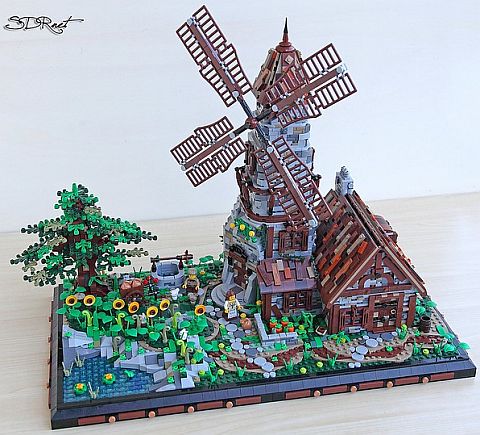 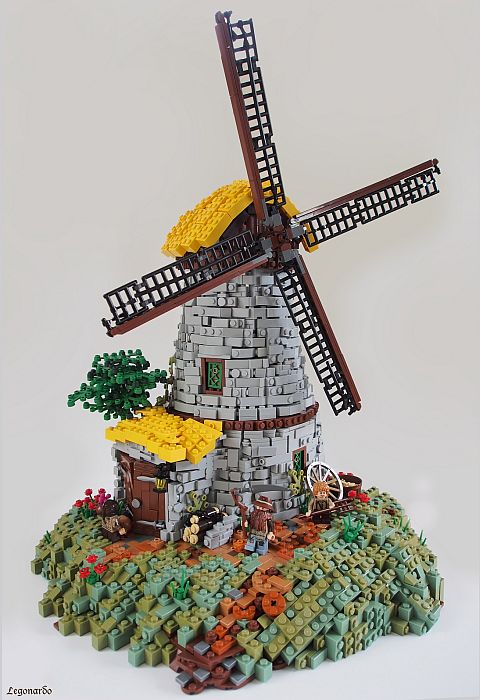 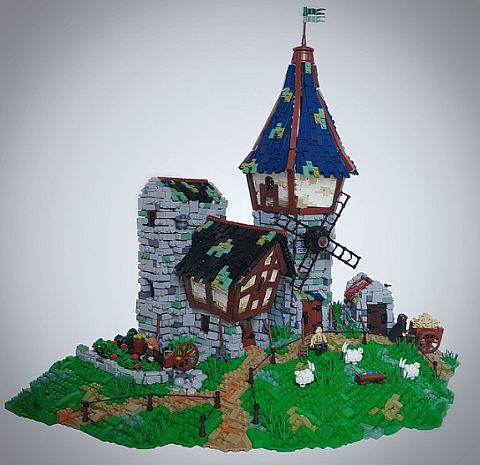 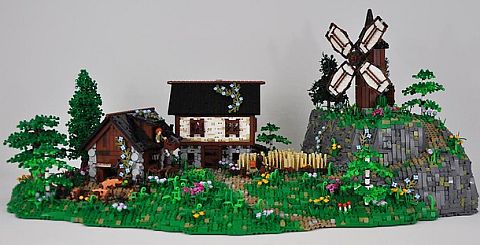 And here are a few  examples of post mills that can rotate to face the wind by LEGO fans Atahlus, Ayrlego (note that this is actually a sugar mill in the middle of a sugarcane field), and Barney Main. Again, just click on the names to go to the builders’ gallery and see larger pictures. 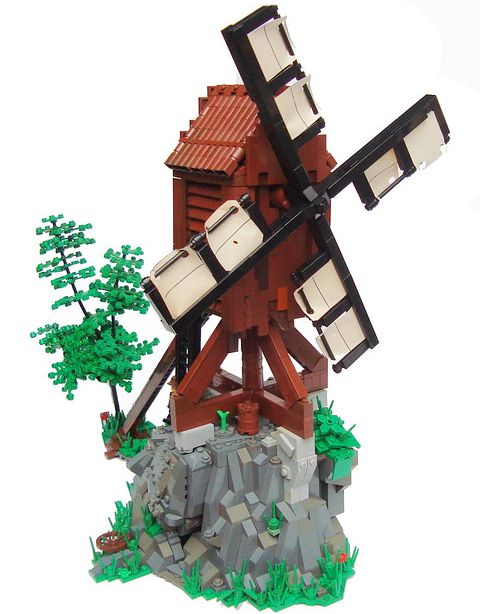 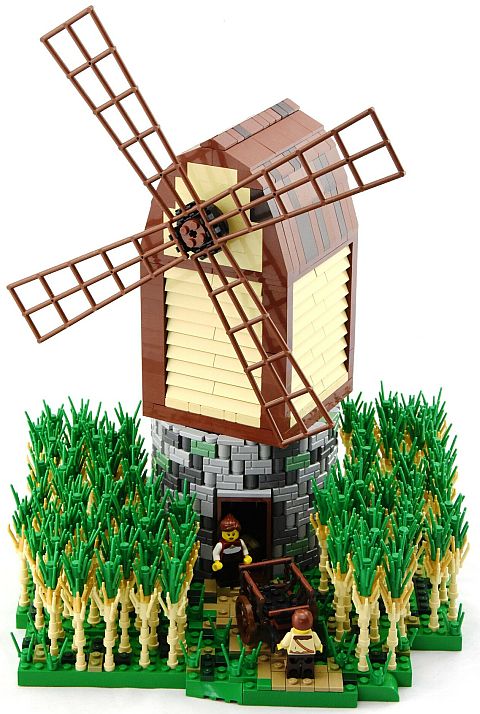 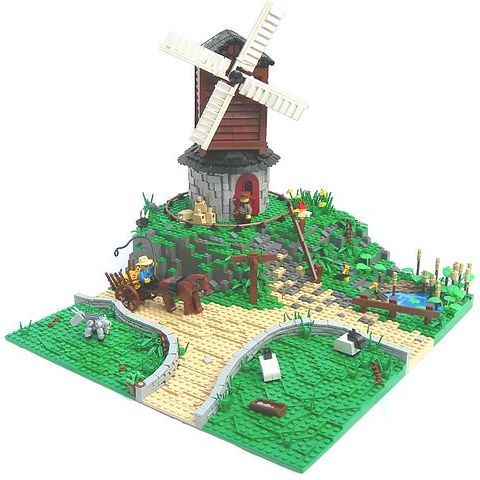 And here is a traditional Dutch windmill with its characteristic shape and colors by LEGO fan Paul Nicholson. 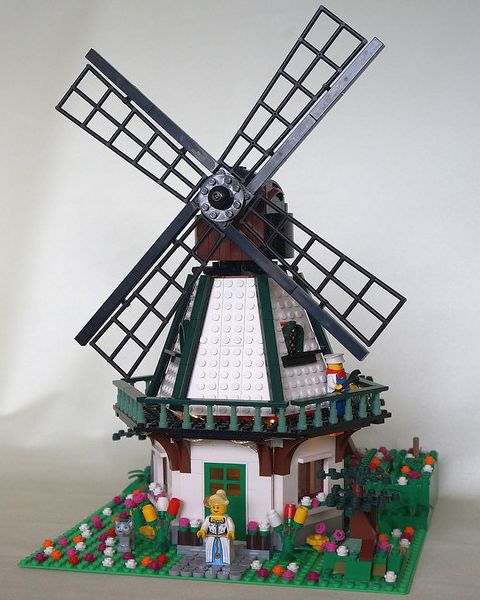 And of course, as we are dealing with LEGO, windmills don’t always have to be realistic. Check out this steampunk-inspired windmill by LEGO fan Tommy M. 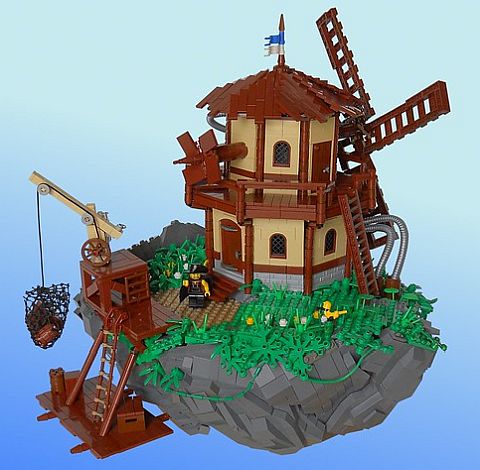 Windmills are a great addition to a LEGO diorama as it adds visual interest and even movement. There are many other LEGO windmills you can find at various LEGO forums, but I wanted to give you a taste of what’s possible. As you can see, you can use simple building techniques, or go all out with some very complex designs. I will leave you with one more windmill scene by LEGO fan Markus Rollbühler with a couple of children flying a kite. 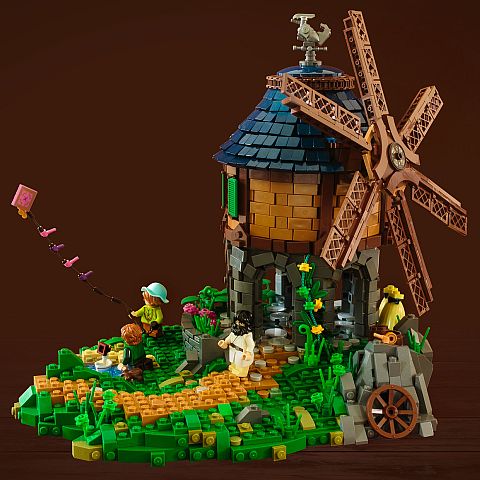 What do you think? Have you ever built a LEGO windmill before? And how do you like the windmills featured here? Do you have a favorite? Are there any other LEGO windmills that you really like? Feel free to share and discuss in the comment section below!