There is a new contest on LEGO Ideas for fans of the Overwatch game and the LEGO Overwatch theme. It’s a interesting challenge that I’m sure will bring out a lot of creativity. And the prizes are very cool too. Below are the details of the contest. 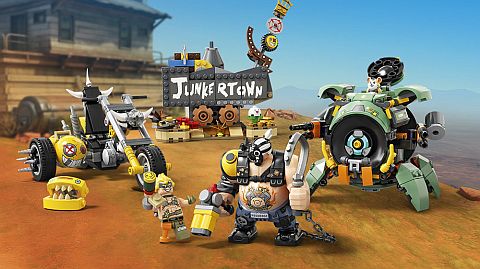 ➡ LEGO OVERWATCH CONTEST – DESCRIPTION: Listen up you wretched scum. It’s time to give Overwatch heroes a brick makeover in true Junkertown style so they are equipped to enter the harsh Australian Outback. So, step into the scrap yard and show the community your brick-built Junker transformation of any Overwatch hero. And remember, only the strong survive!

➡ LEGO OVERWATCH CONTEST – RULES: Submissions may be in either physical bricks or by using a digital building tool such as LEGO Digital Designer. You’re welcome to use image editing tools, such as Photoshop, to enhance your photos/presentation. Take up to five photos of your creation and submit them to the contest. Make sure to show off all angles and any features or functions of your creation. Please submit your photos in as high a resolution as possible so that the judges can see all the details clearly. If possible, the shortest edge should be at least 1080 pixels. Add a title and short description. Upload your entry to the contest using the blue Submit Your Entry button on the Contest Entry Page. You must be at least 13 years of age to participate and enter. There are other contest rules, so make sure you read them on the Contest Entry Page.

➡ LEGO OVERWATCH CONTEST – HOW TO ENTER: The contest will consist of three phases: 1.) Submission Phase – Build and submit your entry before August 28th, 2019 at 6:00 a.m. EST. 2.) Judging Phase – The judges review the entries and choose the winners by September 11th, 2019. 3.) Winners Announcement - The LEGO Ideas team will share the list of winners on LEGO Ideas no later than September 18th, 2019.

➡ LEGO OVERWATCH CONTEST – JUDGING: A panel of judges consisting of members of the LEGO Overwatch team and Blizzard team will choose five winners based on: Overall coolness and originality, most inspired details, relevance to contest theme, and best use of LEGO elements. 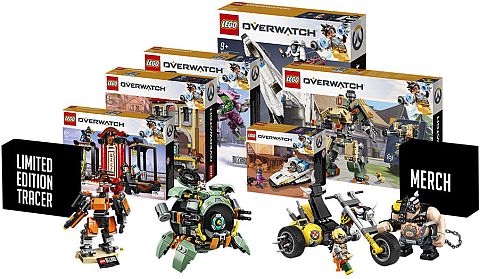 There are already some Overwatch characters associated with Junkerton, like Roadhog, Junkrat, and Hammond the hamster. It seems that the LEGO Ideas team would like to see other Overwatch characters turned into Junkers, which is a pretty awesome challenge. For inspiration and ideas, you can check out the entries already submitted by other LEGO fans, and also visit the LEGO Overwatch section of the Online LEGO Shop.

What do you think? How do you like the LEGO Overwatch theme? Do you have any of the sets already? Do you play the game? And what do you think of this contest? Are you planning to enter? Feel free to share your thought and ideas in the comment section below!