July 16th marked the 50th anniversary of the historic Apollo 11 Moon Landing. LEGO took the opportunity to celebrate this day by sharing the result of an interesting survey they conducted with children and parents in three countries about space travel. They also discuss some upcoming events you and your family can participate in at LEGO stores and other venues, and also talk about the currently available LEGO space exploration sets. Read the press-release below, then let’s discuss.

To honor the 50th anniversary of the historic Apollo 11 Moon Landing on this day in 1969, the LEGO Group today kicked off a month of worldwide events to inspire the next chapter of space exploration, informed by the results of a global survey among children aged 8 to 12 years old regarding space exploration. Additionally, the company partnered with Scholastic on an educational program that will send 50 children to NASA Space Camp in 2020. The program will reach teachers in Title I school districts across the United States.

According to a Harris Poll/LEGO survey conducted in the US, UK and China, 86% of children aged 8 to 12 say they are interested in space exploration, and 90% of them want to learn more. Interestingly, 83% of parents (averaged across the three countries) who participated in the survey believe their children are interested in space, yet only 53% of kids say their interest in space is fueled by their parents, citing teachers (79%) and the internet (71%) as primary learning sources.

Fifty years ago, Apollo 11 carried NASA astronauts Neil Armstrong, Buzz Aldrin, and Michael Collins to the moon, and today’s children are well versed in the history of global space exploration. In a multiple-choice question, most kids (85%) can identify Neil Armstrong as the first person to walk on the moon (88% in the US, 87% in UK, 79% in China). Today’s kids also could not be fooled, with only 2% believing it was Buzz Lightyear.

Nearly all children aged 8 to 12 from China (97%), US (88%) and UK (87%) envision a human going to Mars in the future. In China, about a quarter (24%) of kids who think humans will go to Mars say it will happen either this year or next. Three-quarters of kids believe that humans will live in outer space or on a different planet, though kids from China are more likely to think so (96%) than are kids from the US (66%) and UK (62%). Similarly, when asked if they personally would like to go to outer space or a different planet, kids from China are more likely to say ‘yes’ (95%) than are kids from the US (68%) or UK (63%).

The survey also revealed that today’s children are three times more likely to aspire to be a YouTuber (29%) than an Astronaut (11%). When asked ‘which … careers are part of space exploration?’ Astronaut was the most chosen answer (90%), followed by Engineer (58%) and Computer Programmer (52%). Only seven percent of children see a role for a Farmer/Gardener in the space program, an indication that kids may not realize all of the different jobs required to support space travel. 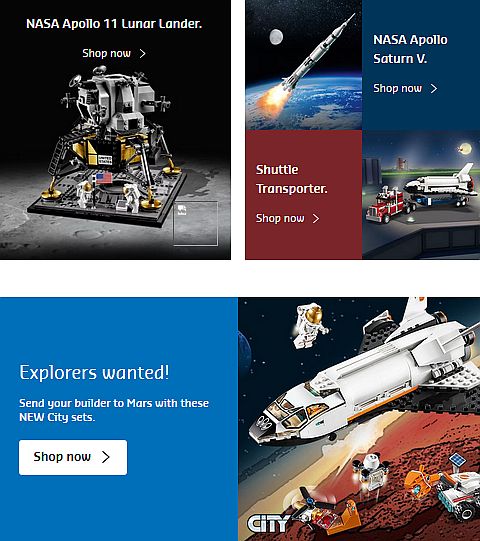 Even with interest levels so high, many children do not realize the influence of space travel on their day-to-day routines. Only a quarter (25%) of kids say they’ve used something that was invented because of space travel (43% in China, 18% in US, 14% in UK), though a majority of kids (97%) say they have at least one of a variety of items (e.g. camera phone, ear thermometer, athletic sneakers, computer mouse) that were made possible, in part, by space travel.

“We are thrilled that children continue to be interested in space exploration and can’t wait to witness their ‘small steps’ and ‘giant leaps’ in decades to come,” said Michael McNally, senior director of brand relations, LEGO Systems, Inc. “For 40 years we have offered creative play opportunities designed to foster children’s interest in space exploration. We believe that play holds a crucial role in developing essential life skills such as confidence, creativity and communication, all of which are vital to raising the next generation of space explorers.”

“For nearly 20 years, NASA and LEGO Group have collaborated on projects to inspire the next generation to imagine and build their future in space. Our latest efforts celebrate the incredible feats we achieved during Apollo 50 years ago, and now with our accelerated plans to go forward to the Moon, we will continue to inspire children to dream about what’s possible and to grow up to pursue STEM careers,” said Bettina Inclán, associate administrator for communications, NASA Headquarters in Washington. “Under our new Artemis lunar exploration program, NASA will send the first woman and next man to the Moon by 2024 and then we will get ready to take our next giant leap – human missions to Mars!” 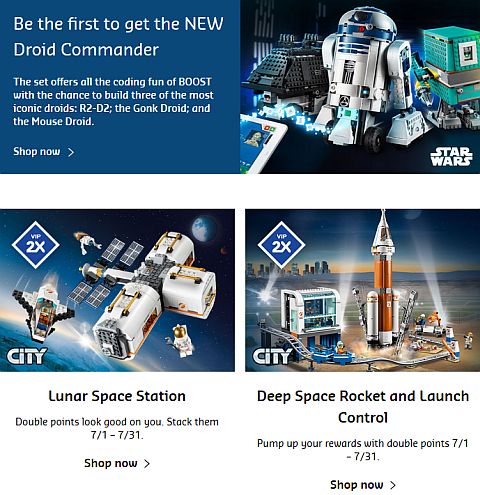 To commemorate the milestone, a team of 10 designers and LEGO Master Builders spent nearly 300 hours designing and building a life-size LEGO model of an Apollo 11 lunar module pilot, inspired by the first humans to step on the moon. The model replicates the space suits worn on the moon in 1969. It features 10 different colors, and is built from 30,000 LEGO bricks. The model will be unveiled to the public during the Apollo 50 Festival on the National Mall in Washington, DC hosted by the Smithsonian’s National Air and Space Museum July 18-20. With the help of the visitors to the four-day celebration, LEGO Master Builders will construct a 20-foot tall replica of a critical component to the next phase of Mars exploration. Celebrants will also have a chance to participate in hands-on building activities and take photos with LEGO brick-built Mars and Moon mosaic backdrops.

Additionally, the LEGO Group honors the anniversary by building one of the tallest LEGO Rockets ever displayed in Canada. From now through September 2, 2019, families can visit it at the Ontario Science Centre. Standing over 11-feet (3.3528 meters) tall, the rocket is built from more than 80,000 bricks, and built-in lights, sound and fog machine for smoke effect give the appearance of it “blasting off.”

LEGO stores around the world are hosting activities during the month of July to engage families in creative play and to inspire their passion for space exploration. In the US and Canada, LEGO stores will host new weekly Build & Display activities related to Mars exploration from July 1-30. For more information, visit LEGO.com/stores.

“We’re honored that we have been collaborating with space agencies around the world to develop content and products that further nurture a child’s interest in space,” said McNally. “Ensuring that building sets, such as the new LEGO City Mars Exploration feature realistic details may further assist kids’ understanding of the influence that human space travel has had on their everyday lives, and to enable kids to see themselves playing a part in future missions.”

For more images and videos, young LEGO fans can visit LEGO.com/LetsGo. The website includes lots of fun facts and other interesting information about space travel. For reviews of all the currently available LEGO space exploration sets see links at the end of this post. And, if you would like to get any of the sets mentioned in the press-release above, visit the LEGO City, LEGO Creator, and LEGO Ideas sections of the Online LEGO Shop.

What do you think? Are you excited about space exploration? Do you think we will make it to Mars in our lifetime? Which is your favorite LEGO space travel or space exploration set? Feel free to share your thoughts and discuss in the comment section below.