LEGO train sets usually come with enough track pieces to make a simple loop, and may also include a small station for passengers and cargo. Other than these basic features offered by official LEGO train sets, LEGO fans are on their own when it comes to building train layouts. This is, of course, not a bad thing, as LEGO is all about creativity. However, because LEGO train layouts tend to be quite large and complex, it is best to establish some kind of a standard. Today, we will discuss systems LEGO fans adopted to standardize LEGO train layouts. 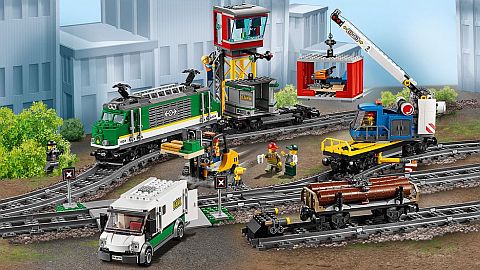 Having an agreed upon standard for train layouts is especially important when collaborating with other LEGO fans for large public displays. And it can also be a good idea if you are just building for your own pleasure. The available LEGO track elements, the geometry of the track pieces, and the size and shape of the trains all establish a certain scale. This scale can help you design other sections of the layout like roads, houses, commercial structures, vegetation, etc. 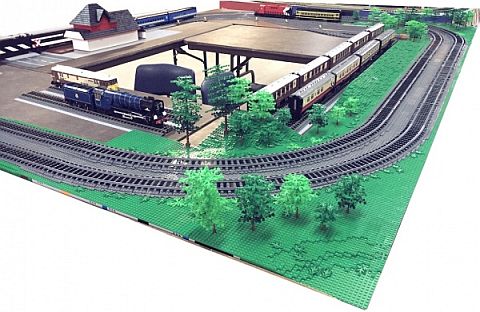 Another important aspect to think through is the management of electronic components. Modern LEGO trains run on batteries, but if you want to add lights and other electronics, you will need to have a system for neatly running wires through the layout. And, if you are using the old 9-volt train system you will have to think about the wires of the tracks as well.

The LEGO train system is usually referred to as ‘L-gauge’ among fans, in reference to traditional model railway scales. LEGO trains use a nominal gauge of 37.5mm, 5.5mm wider than O gauge, derived from a centerline gauge of 40mm (or five LEGO studs). The incompatibility of LEGO trains with traditional model railway scales makes it all the more important to establish a consistent standard, especially for collaborative projects. 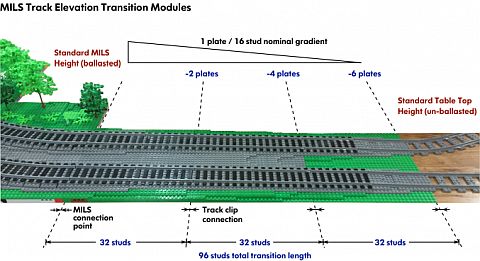 The L-gauge.org information resource website was set up for exactly this reason. L-Gauge is the result of the collective knowledge, wisdom, and best practices from LEGO train fans from around the world. The goal of the project is to help support, promote, and educate fans and hobbyists interested in learning about and building LEGO model trains and layouts. Please note that the information is not official, but it is used by many LEGO User Groups and LEGO conventions around to world in order to ease collaboration among LEGO train fans. 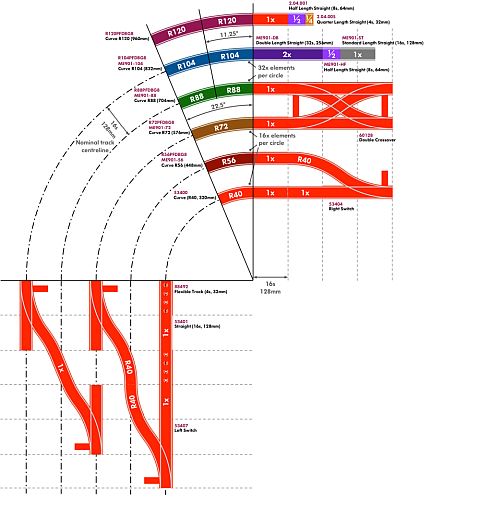 Building a L-Gauge train layout involves many of the same factors of design and artistic flair as building a train layout in any of the traditional model train scales. The L-gauge.org website contains detailed information about LEGO track elements and geometry, track configurations reference, overview of train wheels, and more.

In addition to information on LEGO trains and tracks, there are also detailed guides for building MILS modules, which stands for “Modular Integrated Landscaping System”. The MILS standard allows multiple builders to build sections of train layouts and landscapes separately, and then bring them together as a cohesive display. We talked about this system a few years ago in the following article, which includes some educational videos on building MILS modules: LEGO Tutorials by Back Room Builder

The MILS standard was developed and documented by members of the HispaLUG/HispaBrick community for collaborative diorama displays. Among its key features is that it is simple and flexible and can be used with many different LEGO themes besides trains. MILS modules are primarily based on 32×32 baseplates. They are raised 1 brick (3 plates) above the baseplate reference level. This allows modules to interconnect with LEGO Technic bricks and pins, while also making the sections much stronger than regular LEGO baseplates. In addition, there is plenty of room to hide wires for electric components inside the modules.

The MILS standard is easy to understand, easy to implement, and can be expanded indefinitely. Even if you don’t collaborate with others for building large displays, it is an efficient system for your own layouts that can come very handy. As an example, if you ever need to relocate, you can take apart and move your entire display with relative ease. However, the system does require planning. For example, if you want to incorporate the LEGO Modular Buildings, you would build them on a MILS base rather than on the baseplate provided with the set, or build them a MILS to Modular Adapter Base (as pictured below). 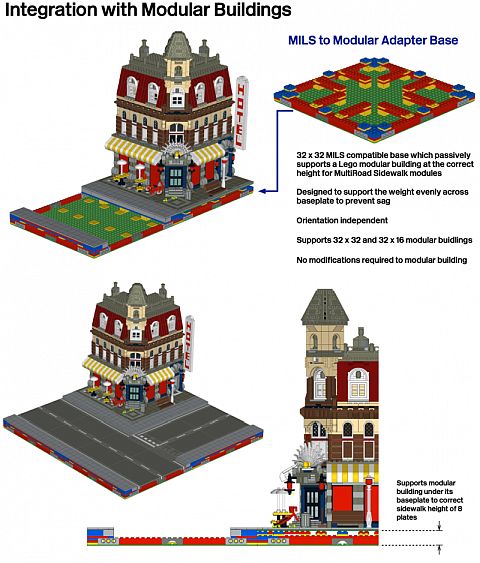 If you like to work with LEGO trains, build LEGO City displays, or any other large dioramas, I highly recommend studying the MILS standard. It is based on decades of knowledge by experienced LEGO fans. At least it will give you some key pointers to think about when designing your own project, and thus potentially having to build and rebuild repeatedly down the road (which may or may not be a bad thing). So, visit L-gauge.org and look around the site. I think you will find it valuable. 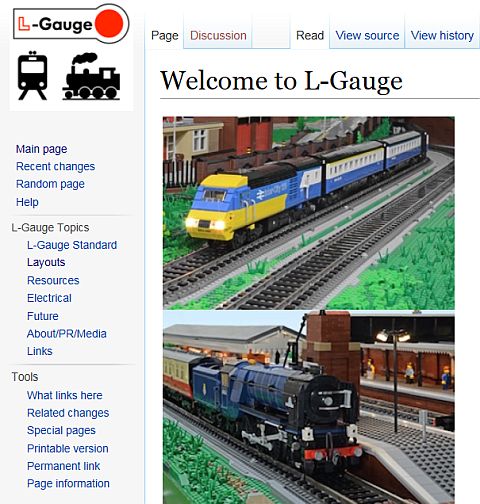 What do you think? Do you have a LEGO train or other large LEGO layout? Are you using any systemized way for setting the up, expanding them, and possibly move them? Have you used the MILS standard before? Did you ever participate in a larger project that used the MILS standard? Feel free to share and discuss in the comment section below!