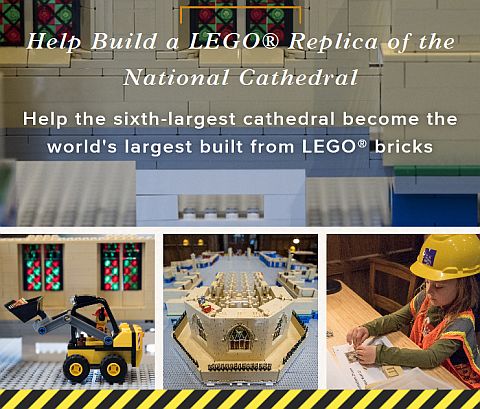 ➡ BUILDERS WANTED! – If you missed the 83 years of construction it took to build Washington National Cathedral, now’s your chance to watch the Cathedral rise again – only this time out of LEGO bricks! When completed, an estimated 500,000 LEGO bricks will form a 1:40 scale replica of the Cathedral that’s more than 13 feet long, 8 feet tall and bigger than a minivan. It will be the world’s largest cathedral to be built from LEGO bricks! 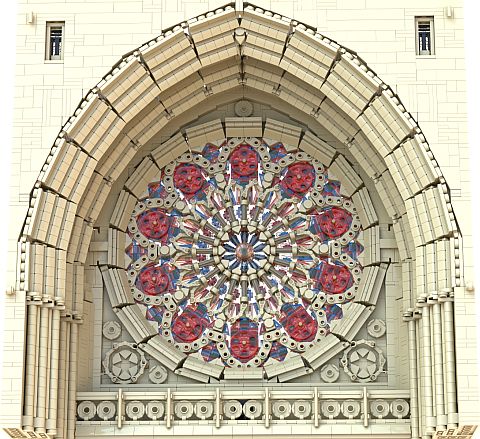 ➡ HOW QUICKLY CAN WE BUILD? – Every brick added helps build the LEGO brick replica and restore the real Cathedral! At $2 per brick, all proceeds will help fund the remaining $19 million in repairs still needed to fix damage from the 2011 earthquake. “Washington National Cathedral is the sacred space where the nation gathers, and we’re bringing the nation together again to help restore this crown jewel of the Washington skyline,” said the Very Rev. Randolph Marshall Hollerith, Dean of Washington National Cathedral. “This cathedral was built by contributions from people across the country, and people are coming together again to help repair and restore this architectural masterpiece.” 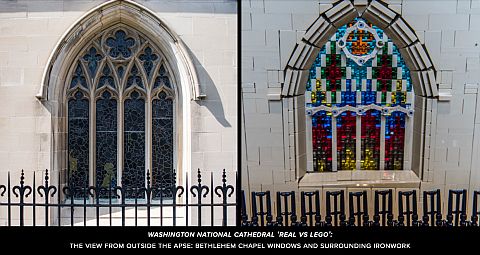 The cornerstone of Washington National Cathedral was laid by President Theodore Roosevelt in 1907, so “Teddy” – the mascot for the Washington Nationals – did the honor of laying the first LEGO cornerstone on the mini-Cathedral at the launch event. “The Cathedral is thrilled to offer a new way for visitors and worshippers to engage the building, and to relive the process of building a grand cathedral from the ground up,” said Charles Fulcher, the Cathedral’s director of visitor programs. “Since none of us were here for the 1907 groundbreaking, we’re honored to have President Roosevelt back to lead us in kicking off another era of construction.” 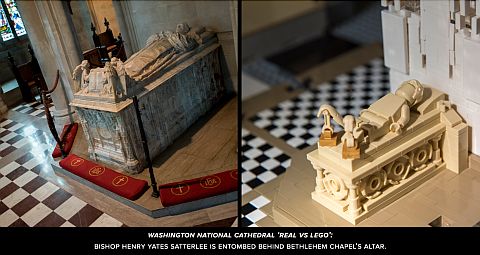 ➡ HOW TO GET INVOLVED? – Visit the Cathedral and watch how a grand Cathedral is constructed as it soars toward the heavens. The $2 bricks can be purchased in the Cathedral gift shop, and trained volunteers will help you snap your bricks into place on the LEGO model. You’ll be sent home with a keepsake certificate that shows how many bricks you contributed, and you’re also invited to help fill a worldwide map to show the hometowns of generous contributors just like you! Can’t make it to D.C.? You can still help build! No matter where you live, you can help build the LEGO brick Cathedral replica by donating online. Volunteers will take your bricks and build special modules that are entirely funded by distant friends just like you. They’ll snap the finished pieces into place, and will email you status updates with progress photos! You can also purchase bricks in honor of a friend or family member, and the event staff will let them know you gave in their name. 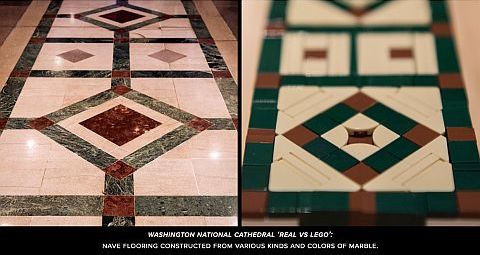 Brick by brick, builders from across the United States and around the world have been helping, whether in person or online. As of mid-July, over 25,000 LEGO pieces were added to the model from all fifty states and 56 countries. You can find a brick count in these interactive maps by state and country and see which area builders are leading the way to 500,000 bricks. And in the video below, you can find an update on the progression of the project.

If you are in the D.C. area and interested in participating, or if you are visiting the area in the near future, you can find further details at Cathedral.org/LEGO. The website gives you information on the architecture and the history of the Cathedral, the various events happening throughought the year, progress photos from the LEGO building event, as well as comparison photos and renders. The address of the Washington National Cathedral is 3101 Wisconsin Ave., Washington, D.C. 2001, the phone number is (202) 537-6200, and directions can be found at the website. 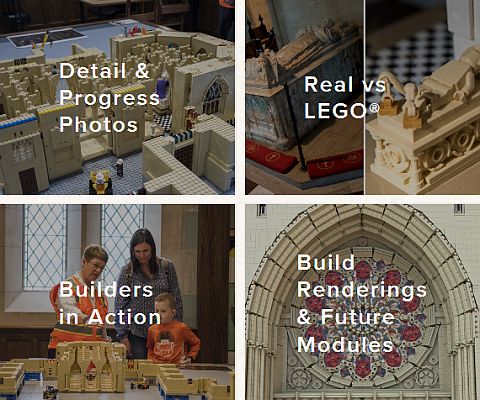 What do you think? Have you ever been to the Washington National Cathedral? Or were you planning to visit anytime soon? And what do you think of the LEGO version of the Cathedral? Would you like to help building it? Feel free to share and discuss in the comment section below!