At the 2019 San Diego Comic-Con, it was revealed that there will be some interesting twists coming to the LEGO Ninjago TV show. Starting with LEGO Ninjago Season 11, different animation styles will be mixed into the show, including 2D anime segments, and possibly stop-motion. Ninjago Executive Producer Tommy Andreasen has been sharing some images and other details about what’s coming, and below I included some of the highlights from what has been revealed so far. 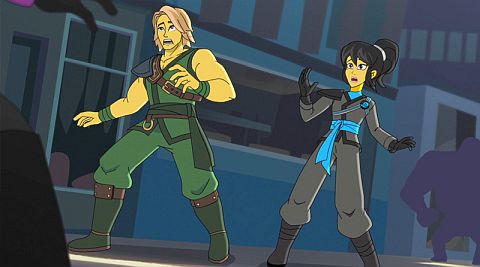 Tommy Andreasen tweeted on July 21st (quoted with slight corrections of grammar, punctuation, etc.): “I wasn’t at the SDCC panel and don’t know what was said, but to clarify: The Ninjago TV series will still be 3D minifig based, but once in a while, if the story motivates it, we will be doing episodes in different styles. Ninjago is a playground for creativity and fun. There won’t be a dedicated Ninjago anime-series, but there will be some episodes sprinkled in if the narrative dictates it… and other styles too. Sock puppets?! Stop motion?! Anything is fair game, if we can make it relevant and cool. I have been wanting to do this since Season 3, but it only became a possibility now with the 11-minute format. As much as I love what the 22-minute episodes provide, the 11-minute format really keeps us on our toes and gives us more creative freedom. Trying out some anime-style 2D animation was inspired by the wealth of Ninjago fan art we have seen over the years. So, a very sincere thank you for the inspiration and for getting us there.” 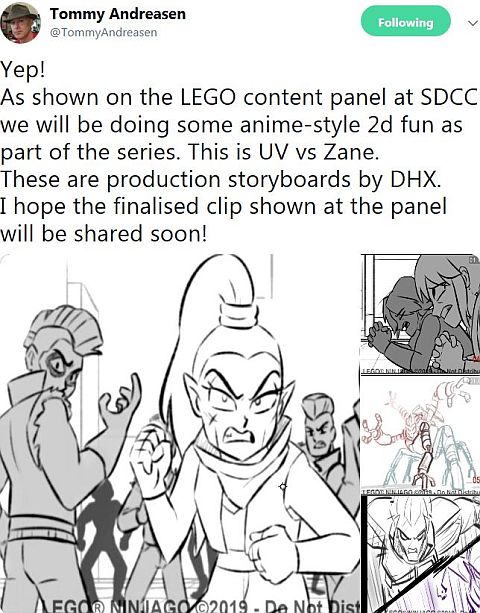 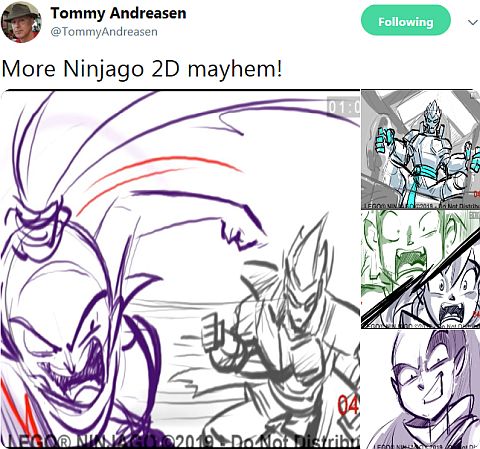 The following frames are from an episode from the 2nd half of the Secrets of the Forbidden Spinjitzu season. The episode is called “Worst of all!” It features familiar characters such as Lloyd and Nya but in 2D animated style, closer to normal human proportions. The weird guy is a new character named Fugi-Dove. 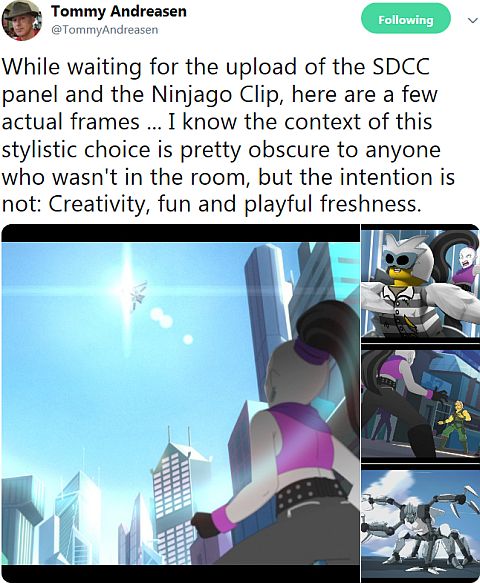 Reaction to the new style of animation has been mixed from the LEGO Ninjago fan community. Thus, Tommy tweeted the following at the end of July: “Hi, Ninjago community! I see a lot of negative reactions to particularly Lloyd’s design in the anime-style pictures. I won’t answer these yet as I think there is a lesson to be learned. The ‘why’ will become clear from context. And, maybe this time those who object will learn to trust?”

What do you think? How do you like the changes introduced with LEGO Ninjago Season 11? Do you prefer the shorter or longer episodes? And what do you think about introducing other animation styles? Feel free to share your thoughts and discuss in the comment section below!