by Thita (admin) on September 17, 2019
in Featured LEGO Creations 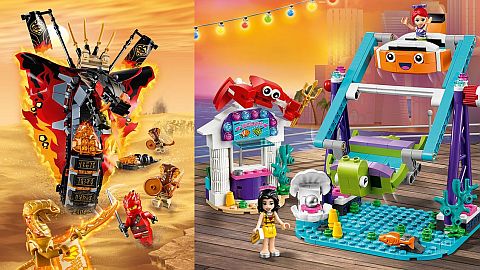 So, I decided to work on a series of amusement park mash-ups, using sets from different themes. As my first project, I combined the #70674 LEGO Ninjago Fire Fang and #41337 LEGO Friends Underwater Loop. Basically, I took the concept of the Underwater Loop and the style and look of the Fire Fang snake, and combined them for a Ninjago ride! As an additional challenge to myself, and so that anyone could replicate the result, I only used pieces from those two sets. 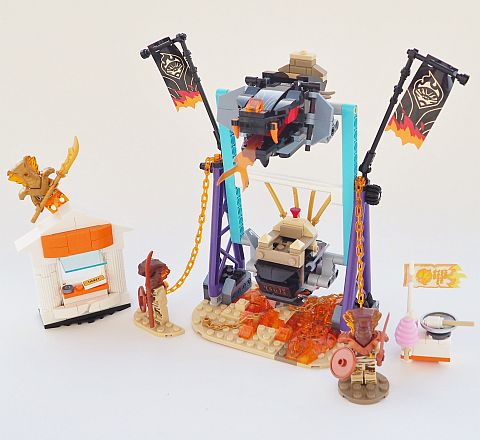 The first thing to solve in combining these two sets was detaching the head from the snake and making sure it could be scaled to swing freely in the somewhat cramped space of the loop. Since the two seat segments have to be able to rotate 360 degrees, neither one can be more than about ten studs long or high. Six studs is about the maximum width, too, but that was not a problem because the snake is built on a four stud wide frame. The seat has to weigh more on the bottom, in order to keep it upright. and not only that, but both seats have to weigh about the same amount if you want to be able to pose the ride in multiple positions. I certainly got a better appreciation for the design challenges of a moving set like the Underwater Loop after this mash-up project! 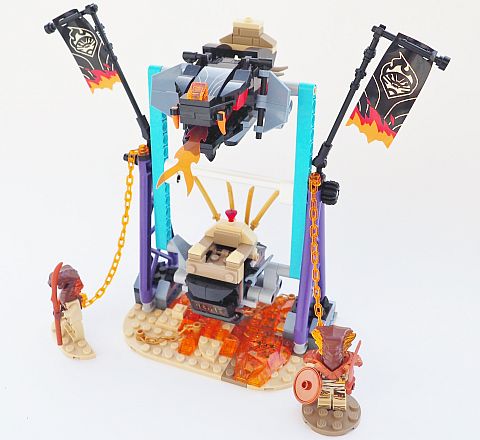 After building the loop and figuring out the tricky details of weight, length, and height for the seat sections, I gave the cotton candy cart a makeover with an orange stripe and the Ninjago scroll. 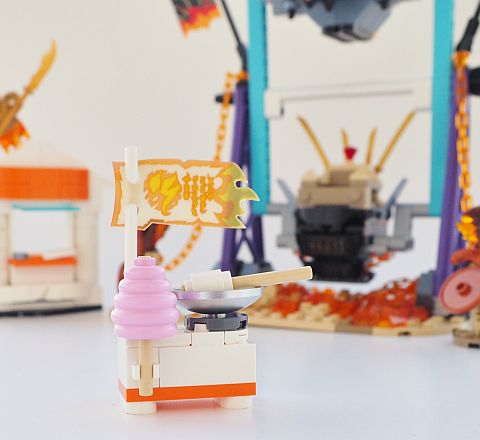 Since I’m not much of a friend to mini-dolls, I built my mash-up to accommodate minifigures. So here’s the ride with a couple minifigures from the #60234 LEGO City People Pack – Fun Fair set. As a Ninjago fan myself, I have to say that riding on a snake seems a lot more exciting than the sea turtle and goldfish that came in the original Underwater Loop! 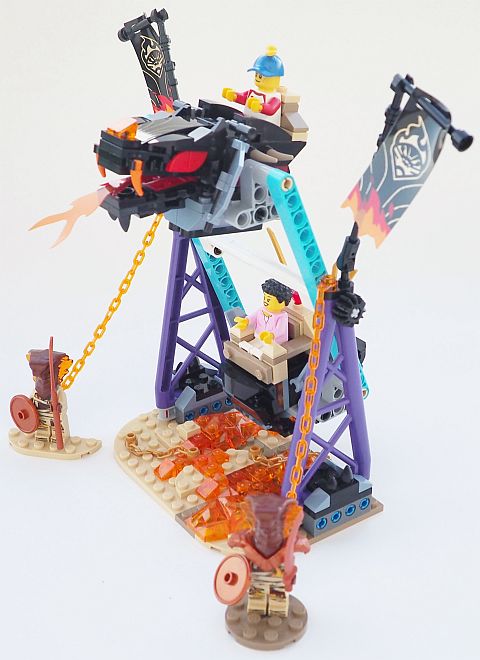 The Fire Fang included a flexible plastic tongue, which seemed like an interesting choice. But it turned out to be perfect for combining these two sets – if it weren’t for the flexibility, this snake head would never make it around the loop! 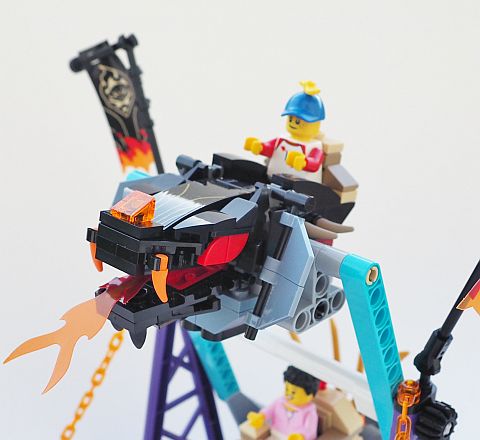 You may be wondering which part of the combination creation is from which set. Obviously, the snakehead and body are from Fire Fang while the loop structure and attachment points are from the Underwater Loop. The transparent-orange on the ground is also from Fire Fang, but most of the tan sand is from the Underwater Loop. However since the size of the loop was pre-determined by the original LEGO Technic beams, I peeled down the snake to that size and there were a lot of extra pieces from both sets. 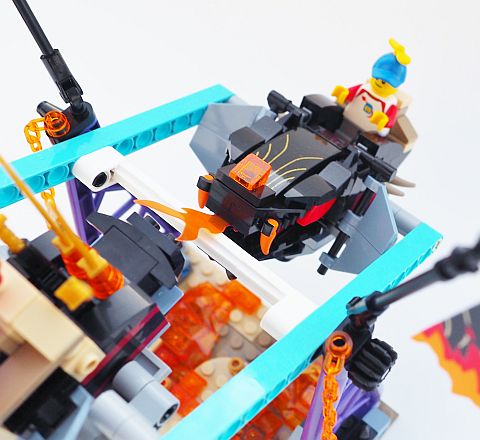 I think my favorite part of the build was getting that fancy throne onto the loop. The chair was my first inspiration for the mash-up, but after playing around with it I was afraid it was much too large to ever be able to spin around. But, by moving the katanas at the back down a bit, I was able to keep the whole chair still looking a lot like the original! 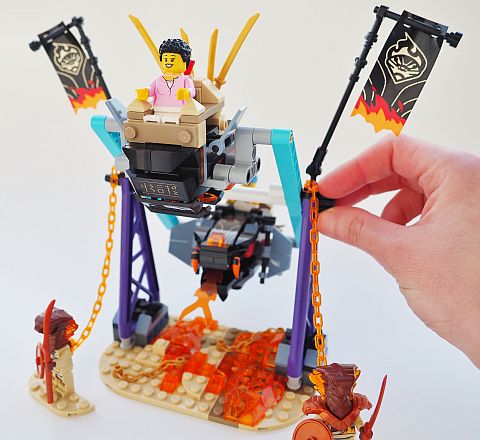 Combining two sets like this presents a pretty unique challenge – in a way, a lot of your work has been done for you, but the tight parts selection and the pre-established color schemes make it important to reevaluate the combined creation from a fresh angle several times during the building process. For this mash-up, the first part was getting the functionality working; then I had to refocus on the colors and the way it looked. Only after I had the basic loop done did I start to think about what pieces I had left for the base and smaller side builds. 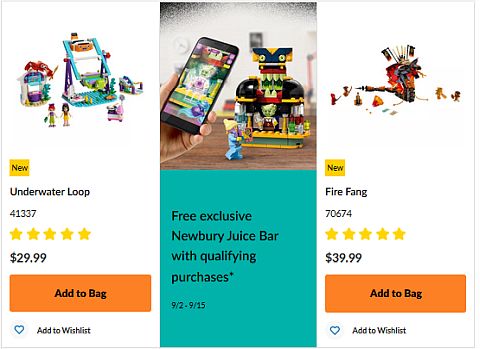 What do you think? Have you ever tried combining two sets into one creation? What challenges did you face along the way? Are there any sets that you think would be particularly good for this kind of a challenge? And what do you think about this particular mash-up? Do the colors work? What would you have done differently? Feel free to share your thoughts and discuss in the comment section below!