If you’ve been following my LEGO set mash-up series, then you know that I’ve been combining LEGO sets from different themes and building amusement park rides (see links at the end of this post). Naturally, the next thing to do is to combine the mash-ups in one large LEGO amusement park display!

I started with six 32×32 stud baseplates and then expanded about sixteen studs in front and on the sides. The final size is over 2 ½ feet long and 2 feet wide. Not quite the biggest creation I’ve built, but pretty close! 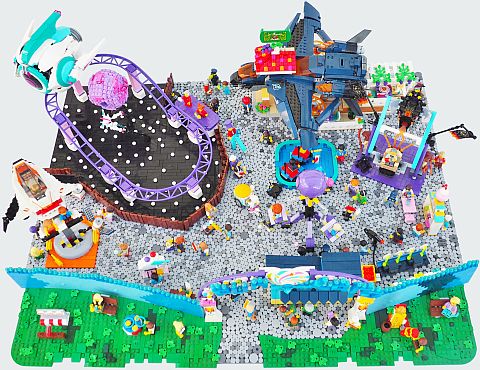 So welcome to Fun Land! (Remember how I said in one of the previous articles that I knew just what to do with those two extra two coaster tracks?) 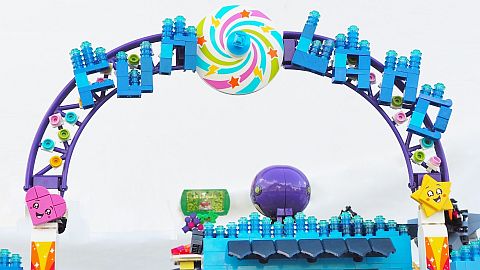 The roller coaster is the biggest attraction. You may recall that I built it mainly using parts from the #10771 LEGO Toy Story 4 Carnival Thrill Coaster, the #41456 LEGO Unikitty Unikingdom Fairground Fun, and the #70830 LEGO Movie 2 Sweet Mayhem’s Systar Starship. In order to incorporate the roller coaster onto the display, I built a simple black floor with white dots for stars. A fun technique that makes the coaster stand out from the rest of the park! 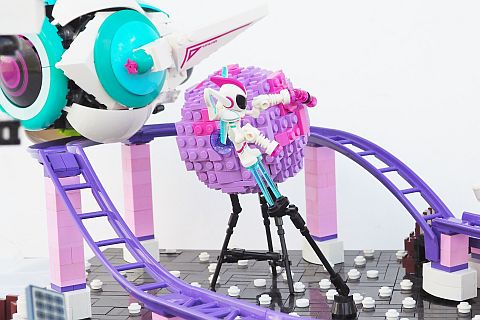 Another set mash-up, this snake loop ride is a combination of #70674 LEGO Ninjago Fire Fang and #41337 LEGO Friends Underwater Loop. It’s a good way to get a birds’ eye view of the entire park! 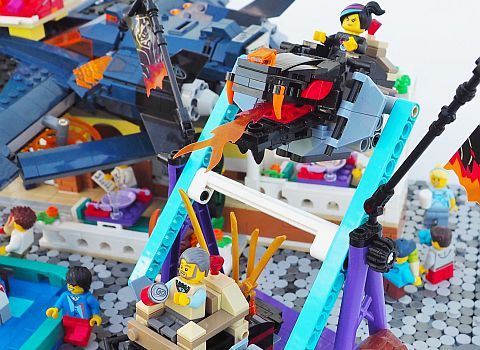 Next is the La Locanda restaurant, a combination of #41379 LEGO Friends Heartlake City Restaurant and #76126 LEGO Marvel Avengers Ultimate Quinjet. The original mash-up featured the balcony on the second story, but that towered a little too high over the rest of the park. Instead, I brought in some of my own pieces and moved the balcony over to the side. 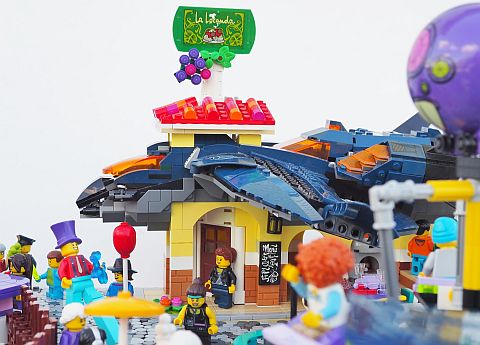 With this backside view, you can get a better look at the restaurant and roller coaster. And let’s not forget the free fall, a combination of the #31095 LEGO Creator Fairground Carousel and the #60224 LEGO City Satellite Service Mission. 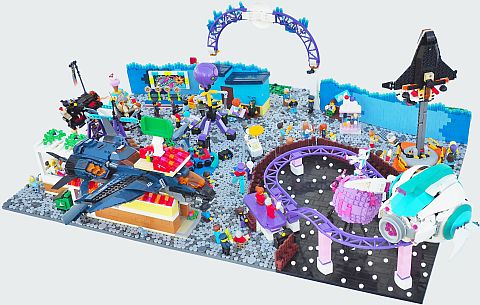 Populating this amusement park we have the minifigures from #60234 LEGO City People Pack – Fun Fair, along with others from my own collection. I also included several rides from #10770 LEGO Toy Story 4 Buzz & Woody’s Carnival Mania. Those bumper cars just needed their own area! 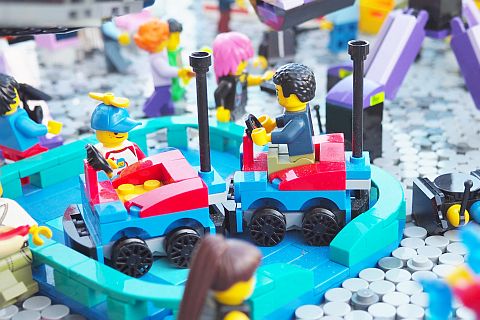 I modified the octopus ride from Buzz & Woody’s Carnival Mania with some pieces from the twister in Unikitty Unikingdom Fairground Fun, making the ride higher and wilder. 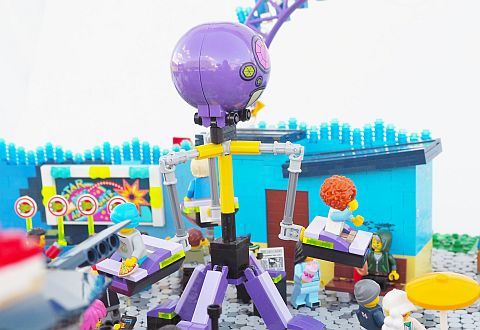 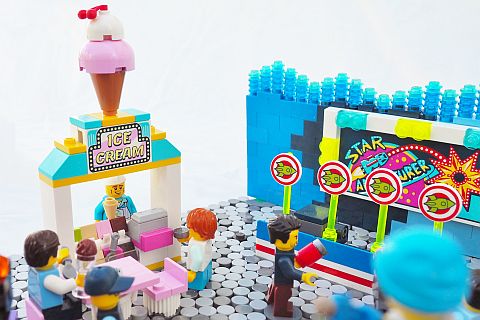 Of course, we’ve just scratched the surface of this busy amusement park with these few shots. If you’d like to see more details, I put together about thirty more pictures in the following video.

The building process for this creation started a couple months ago, with a rough sketch of where I wanted the attractions to go. The most important decision was the roller coaster, and once I had put that to the far left I tried to space out the other purple rides. It made sense for the restaurant to be at the back middle, and then I put ice cream stands on opposite ends of the park. 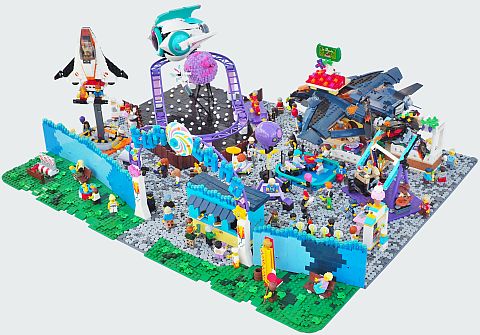 Maybe you’ve noticed that for the walkway, I used a floating cobblestone technique. Only a few of the stones are attached – most are just lying on top of a layer of tiles. This gives a denser and more natural look to the walkway. And it’s also easier to take apart! 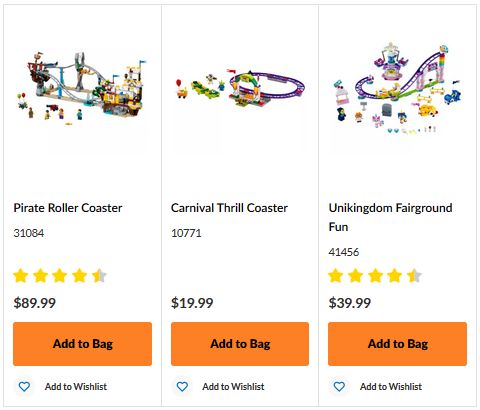 That will close out our series of amusement park mash-ups! What do you think? Have you enjoyed these LEGO builds? Were there any other sets you were hoping to see combined? Have you been inspired to build some of your own mash-ups? What do you think about the final combination? Feel free to share your thoughts and discuss in the comment section below!