by Thita (admin) on October 3, 2019
in Featured LEGO Creations

If you read my previous articles you know that I have been working on a series of LEGO amusement park projects by combining sets from different themes (see links at the end of this post). So far, we discussed combining a LEGO Friends set with one from LEGO Ninjago, and a LEGO Creator set with a LEGO City Space Exploration set. And now it’s time to give hungry thrill-seekers a place for lunch! What’s a better place to eat than the #41379 LEGO Friends Heartlake City Restaurant? And since this is supposed to be a mash-up, why not land the #76126 LEGO Marvel Avengers Ultimate Quinjet in the middle of the restaurant? I’m going to guess that this was not the pair of sets you expected next in this series.

So what happens when the Avengers crash into Heartlake City? You get an eating house like no other, where you can have dinner under the wings of the Quinjet, or feel like you’re flying on the grape vine balcony! (Please note that the minifigures in this mash-up are from the #60234 LEGO City People Pack – Fun Fair.) 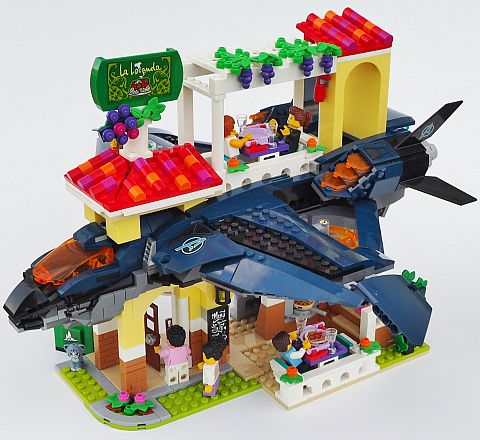 As with my other mashups, I tried to stick with just pieces from the Heartlake City Restaurant and the Ultimate Quinjet. But I ended up having to use four white pieces (two 2×1 bricks, one 1×1 brick, and one 2×2 corner plate, if you’re very curious). This was mostly because I needed to make the left front of the restaurant narrower in order to accommodate the front of the Quinjet, which is only 6 studs wide. 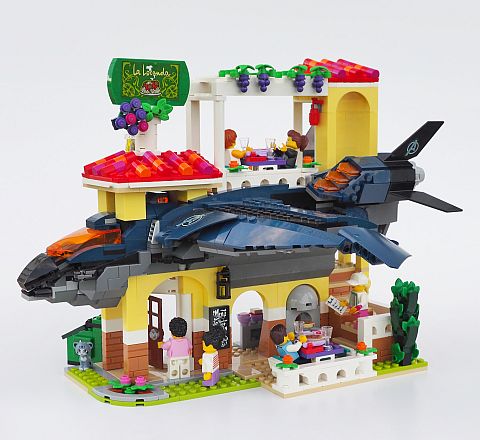 From this lower angle you can see that the Quinjet is very securely built into the restaurant walls. I would have liked to angle the plane, but neither set had a whole lot of clips or other types of joints, and besides, this is much sturdier. 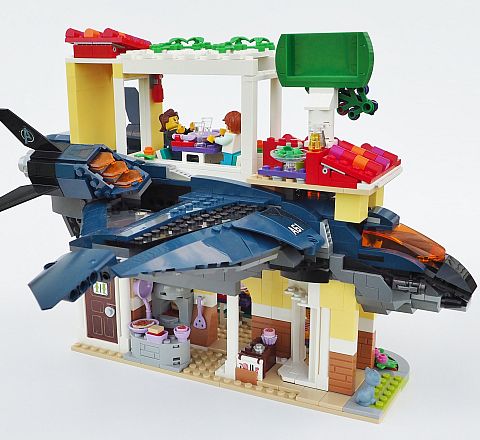 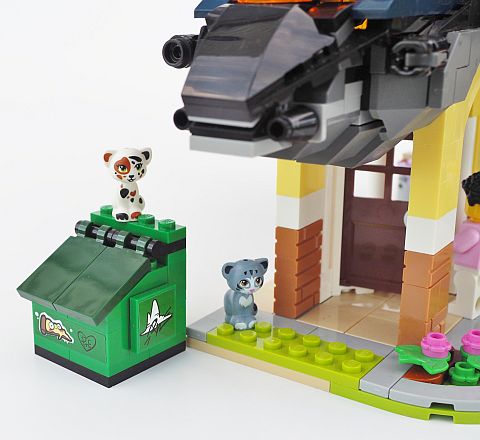 Both these sets were impressive pieces to begin with, so my goal was to change as little as possible. The red Spanish-style roofs were one of my favorite things about the restaurant, along with the cleverly designed grape vines. Another neat part of the set is the green garbage bin out back. A couple of graffiti stickers give it some nice detail. 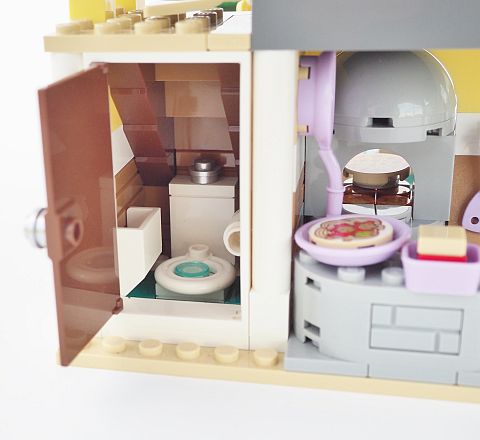 I also have to point out the compact bathroom under the stairs. Definitely an important room for a restaurant but I think they expect you to wash your hands while you’re still on the toilet! 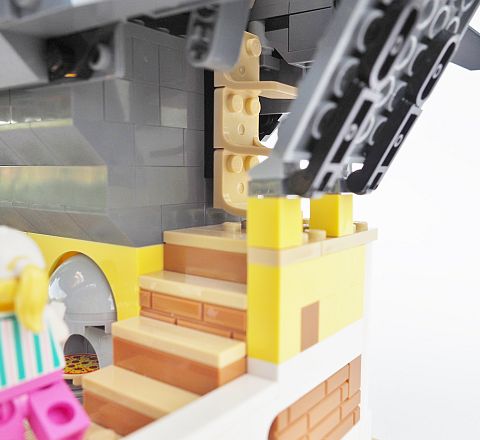 Speaking of the stairs, adding the Quinjet made this mash-up much taller than the restaurant was by itself, so I made do with the Quinjet’s seats sideways for a ladder. No waiters need apply unless they have serious climbing talents. 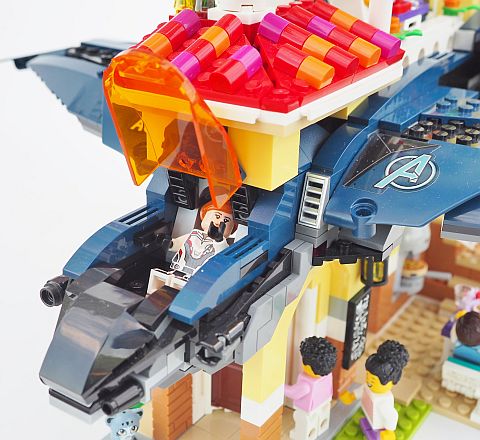 Although I used the seats for stairs, I was able to leave the Quinjet’s cockpit fairly functional. 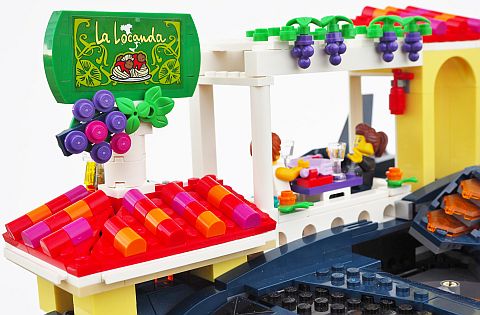 The end product of this mash-up is definitely a little unusual. I like the wild difference in style between the Quinjet and the restaurant, but it’s almost too much. The balcony and arch over the stairs are disproportionately high, since if they were going to be included in the mash-up at all, they had to stick pretty far out of the jet. So there were a few interesting trade-offs in building this; I could have gone for a more normal sized restaurant, with maybe just one Quinjet wing, no balcony, and no stairs – but instead I decided to keep both sets almost intact. 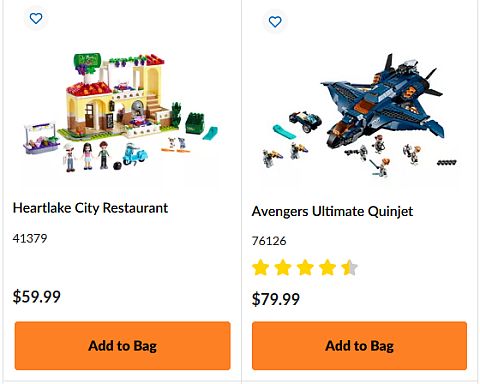 What do you think? How do you like this mash-up? Would you have gone for a smaller restaurant with less of the Quinjet sticking out? Or would you have tried something even more wild, like setting up tables on the wings? What are the strangest two sets you’ve ever paired together? Feel free to share and discuss in the comment section below!