If you read my previous articles in this series, you know that I have been working on several LEGO amusement park mash-up projects by combining sets from different themes (see links at the end of this post). So far, we discussed mixing sets from LEGO Friends and LEGO Ninjago, LEGO Creator and LEGO City Space Exploration, and another LEGO Friends set with a LEGO Marvel Super Heroes set. Everything was going well, until we ran into some problems trying to combine the rollers coaster tracks from the #10771 LEGO Toy Story 4 Carnival Thrill Coaster and the #41456 LEGO Unikitty Unikingdom Fairground Fun, which we talked about in the last post. And now will be adding the #70830 LEGO Movie 2 Sweet Mayhem’s Systar Starship! 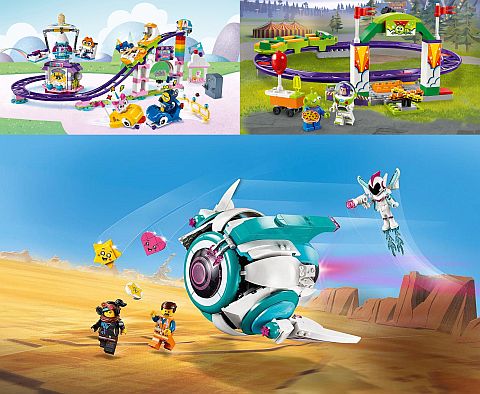 The first step was working all the kinks out of the track itself, which we covered last time. Simultaneously, I tweaked the starship to make sure it could handle the difficult track. Please note that, unlike with my previous mash-ups, this time I used a generous amount of pieces from my own collection. A few minifigures from #60234 LEGO City People Pack – Fun Fair were also added as well to enjoy the ride. 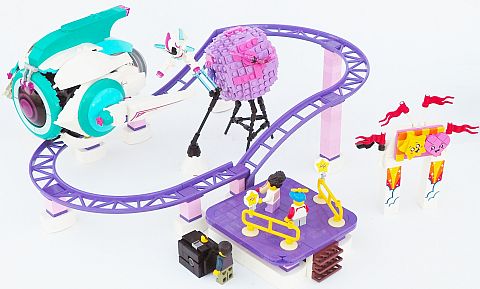 After I got the starship onto the tracks (more on that task in a minute), I started adding some details. The printed 2x1x5 bricks on the sides of the entryway are from the #10771 LEGO Toy Story 4 Carnival Thrill Coaster as they instantly grabbed my attention! And who can resist the cute little star and heart? 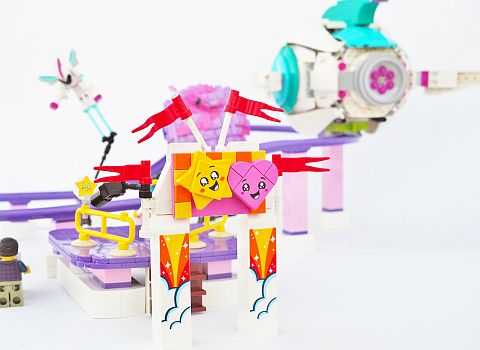 Inside the rails, there are a few little builds for the coaster passengers to interact with. Sweet Mayhem is looking ferociously ready to attack, and lavender and dark pink made for a fun and uniquely colored planet. 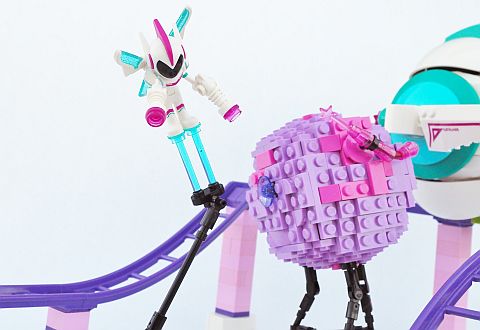 I struggled some with the boarding platform, and in the end I went with a pretty basic design. The control box is simple, but was an enjoyable detail to create. 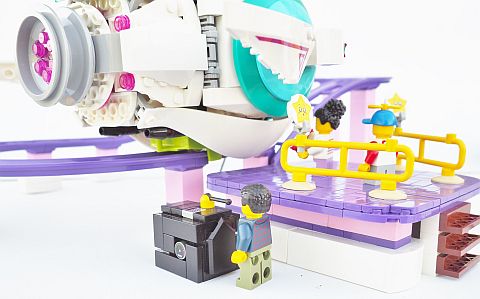 When I first built the starship and compared it to the tracks, I wondered if it wouldn’t be too heavy to ride. So, I stripped it of non-essential pieces and later added four seats for passengers. 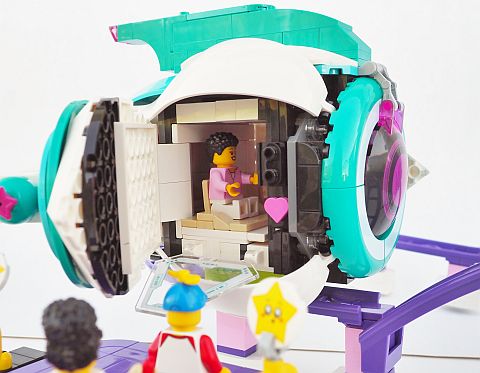 Because the starship is heavy, it tends to keep itself on track over the gap. But during the rest of the ride it wobbles a little. It’s better to guide rather than push the starship along the track. 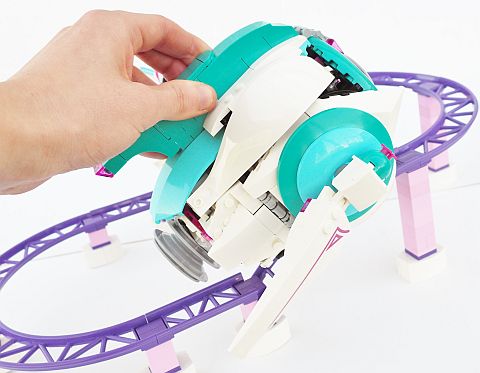 I found that pushing the starship down the coast sometimes derailed it, but it stays on track if you just let it roll. 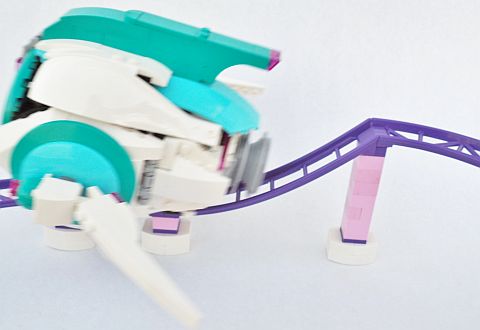 On the bottom of the original starship was a disc-shooter. I took that off so I would have space for a roller coaster car. At this point, I had to be careful that the starship was high enough compared to the car that it could still make the turns and inclines. 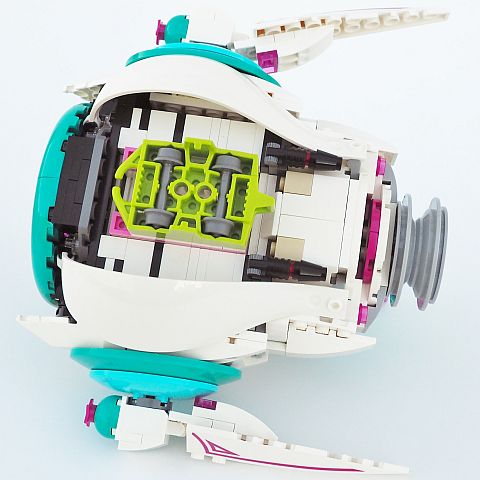 As I’ve already mentioned, I changed the inside considerably, mostly for weight reasons. The original starship had four compartments; driver’s seat in front, passenger seat on the right, a screen room on the left, and an area for the sticker roll at the back. By taking out the partitions, I created a nice open space that fits four seats easily. 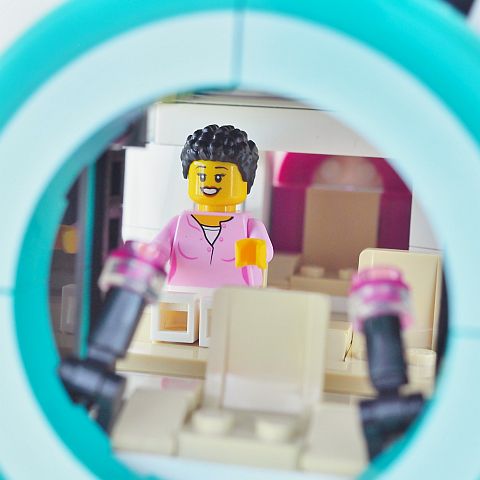 One other idea I experimented with was keeping the starship stationary and having coaster cars roll through it. However, once I cleared the inside and attached a track, there was barely space for the cars themselves and no room for a sitting minifigure. So, I went back to my original idea and was able to keep the starship intact and recognizable – although it is a little oversized compared to the track. 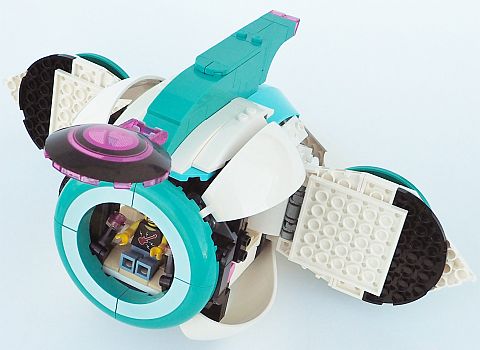 And that’s all for now. Next time, we will combine all the rides built so far in this series, so stay tuned. What do you think? Does the starship go well with the purple rails in you opinion? Have you ever built a moving creation where you had to be careful about the weight you were adding? Do you like the oversized ride or would you have tried something different? Feel free to share your thoughts in the comment section below!