Yesterday, we talked about the upcoming LEGO Technic Top Gear set, but that’s not the only car-related news for LEGO fans. LEGO Speed Champions is expanding with several new sets, including sets representing new brands. Let’s take a look. 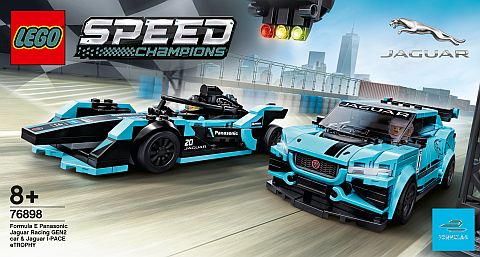 Two of the new brands we know about already are Jaguar and Lamborghini, and there will be more coming. We talked about the Jaguar previously, and below I have included images of the Lamborghini as well. A notable feature of these vehicles is that they are 8-stud wide. All the previous LEGO Speed Champions sets are 6-stud wide, so this is a pretty significant change. In fact, LEGO advertises them as they are now are now 25% bigger than the previous cars. While these new vehicles won’t fit as well in LEGO City settings, they are more accurate representations of the original supercars. If you haven’t been collecting LEGO Speed Champions, but you would like to, this might be a good time to get into the hobby. And those of you who have been collecting them already, could consider these 8-stud wide vehicles as LEGO Speed Champions 2.0. 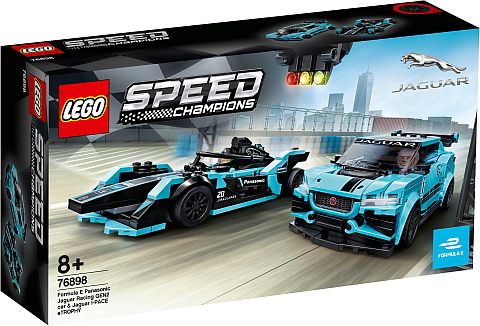 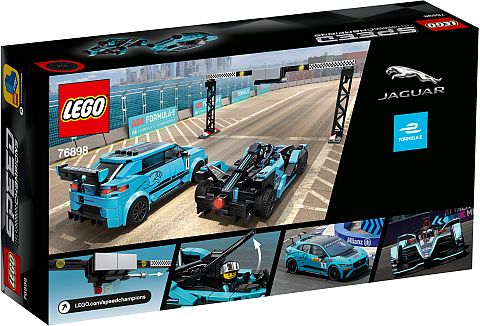 ➡ #76898 LEGO SPEED CHAMPIONS JAGUARS: The perfect gift for kids who love building and playing with toy racing cars. With two exciting electric Jaguar model cars, a detailed start line and two minifigures in Jaguar race suits, they have all they need for independent play and staging fun race action. Own your very own replica Formula E and I-PACE eTROPHY Jaguar model cars, new for January 2020, this is the first chance to build a LEGO Speed Champions model based on two exciting all-electric race cars. The Formula E Panasonic Jaguar Racing Gen2 car is a slick single-seater that races in the exciting ABB FIA Formula E Championship, while the Jaguar I-PACE eTROPHY, with its distinctive fin, competes around the world in the official support series. The best race car kits! The Jaguar I-PACE eTROPHY car measures over 2” (6cm) high, 6” (16cm) long and 2” (6cm) wide. 565 pieces. Price: $29.99 – SEE AT THE ONLINE LEGO SHOP 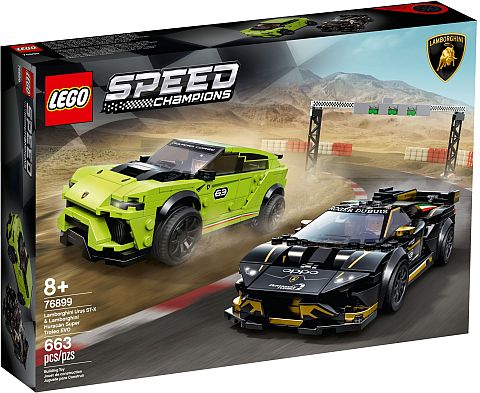 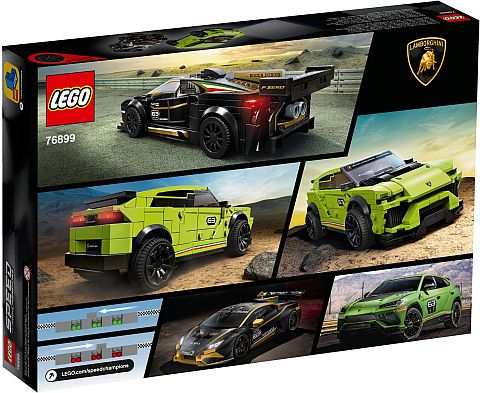 ➡ #76899 LEGO SPEED CHAMPIONS LAMBORGHINIS: Fans of racing toys will love building these LEGO Speed Champions Lamborghini Huracán Super Trofeo EVO and Lamborghini Urus ST-X replica model cars. With two cool race cars in this building set, kids can create epic races or proudly display the LEGO replicas in their bedrooms. The fun is in the details, new for January 2020, the Lamborghini Huracán Super Trofeo EVO race car competes in the fastest one-make championship in the world and boasts brilliantly realistic details including a shark fin and front diffuser. The Lamborghini Urus ST-X toy car is also new and is the world’s first racing Super SUV to compete on the track and off-road. Recreate race-day action! LEGO Speed Champions model kits let car enthusiasts of all ages build mini versions of their favorite cars from LEGO bricks and recreate all the thrills and spills of the racetrack. The Lamborghini Huracán model measures over 1” (5cm) high, 6” (16cm) long and 2” (7cm) wide, and both cars are the perfect size to play with at home or on the go. 663 pieces. Price: $49.99 – SEE AT THE ONLINE LEGO SHOP

What do you think? How do you like the new LEGO Speed Champions sets? And what do you think of the switch to 8-studs wide vehicles? Feel free to share your thoughts and discuss in the comment section below!