There is an interesting LEGO-related product on Kickstarter right now that I thought our readers might be interested in. PIQABRICK was made for LEGO fans, especially those with large LEGO collections and those who regularly buy/sell at LEGO marketplaces like BrickLink.com and BrickOwl.com. PIQABRICK basically allows you to quickly identify LEGO pieces by placing them in a special recognition box. More info below. 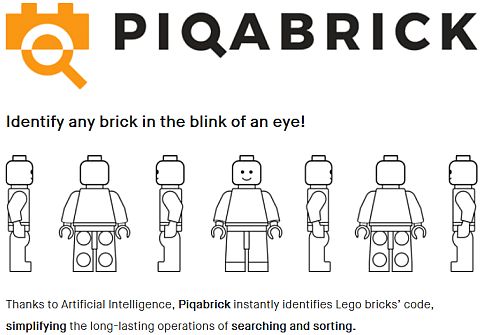 PIQABRICK is made by an Italian company named GETCOO, founded by brothers Stefano and Claudio Berti, two tireless and inventive nerds who specialize in artificial intelligence and computer vision for industry and cultural tourism. They have been using computer vision technology to recognize various objects, and now they want to apply this same technology for identifying LEGO parts. The creators have been in touch with various LEGO fan sites and communities, and even sent out some sample products for beta testers (see their demonstration videos further below). 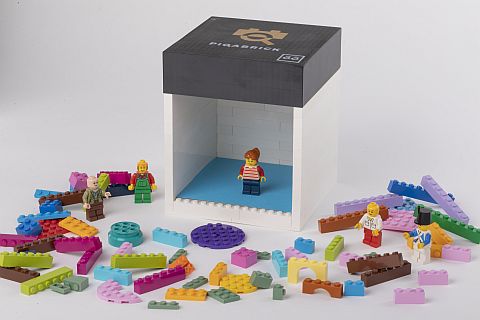 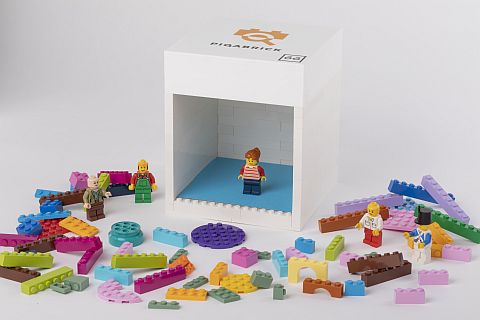 PIQABRICK relies on DART (Direct Acquisition and ReTrieval), GETCOO’s proprietary artificial intelligence. PIQABRICK is made of two parts: the PIQABRICK BOX and the web dashboard. The first one consists of a USB camera and LED (to provide the correct illumination) mounted on top of a box made by LEGO bricks. The box has precise dimensions (16×16 brick units wide and 12 brick units tall), but it is fully customizable by the user with his/hers own bricks (as long the internal dimension are kept, the color of the bricks does not matter). The PIQABRICK BOX is connected to a PC via USB and does not require any installation. To identify a brick, down to its ID and color code, just put it into the box! 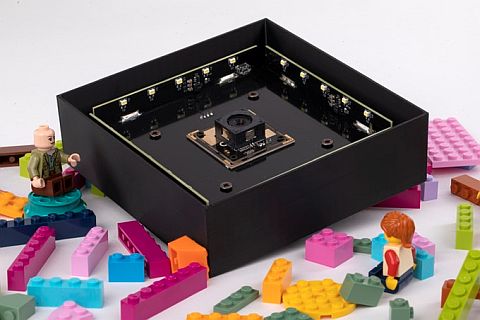 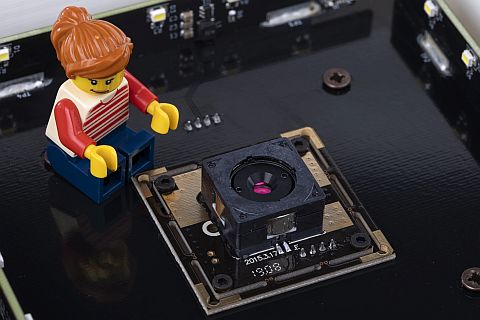 The web dashboard controls the camera in the PIQABRICK BOX for the brick identification. Once the brick is identified, the dashboard provides the links to the LEGO marketplaces to easily buy/sell the brick and to manage the personal inventory. With PIQABRICK, LEGO lovers can save time in the brick identification and personal inventory management. The computer vision speeds up the buying/selling activity at specialized marketplaces. With less time needed for searching, sorting and inventorying, more time to play, build, and have fun! Here are some specs:

I really like the concept of PIQABRICK, as the two most common questions in LEGO fan groups and communities discussing LEGO are “Can you help me by identifying this part?” and “Do you know which set this minifig/part belongs to?” Still, I was wondering how well PIQABRICK works. There are many LEGO parts that have several different versions with subtle variations, and there are also colors that are very close to each other (i.e. old gray/new gray, old brown/new brown). Would PIQABRICK be able to differentiate those? And I was also curious about how precisely do you have to place the pieces in the box; can they be turned upside down or sideways? As you will see in the beta tester reviews below, PIQABRICK has no problem identifying parts with subtle differences in color and shape, and it isn’t picky about how you place the pieces in the box either. Watch the reviews below.

Pretty impressive, isn’t it? If you’re interested in PIQABRICK, check out their fundraising campaign on Kickstarter. The page provides more information about both the hardware and the software used for PIQABRICK. And, if you would like to participate in the campaign and get your own PIQABRICK, there are various pledges you can select from. At the time of this writing, the campaign is over the halfway point in its fundraising goal, but there are only a few more days left. I backed this project myself, and I hope they reach their funding goal! It would save so much time in sorting and cataloguing LEGO parts! Visit the campaign page here: PIQABRICK ON KICKSTARTER 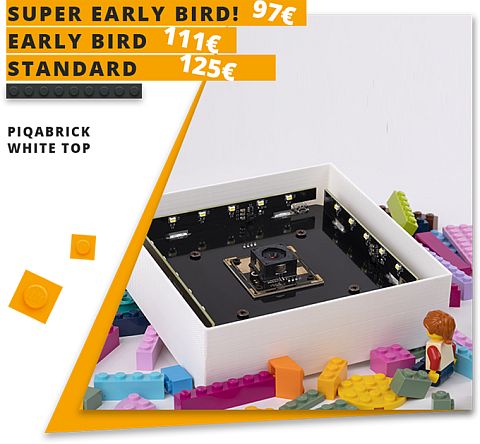 What do you think? How do you like the idea of PIQABRICK? Would you find it useful for sorting, buying, and selling LEGO? Do you have any questions or concerns about the product? Feel free to share and discuss in the comment section below!