I know many of you are curious about the recently announced #76139 LEGO Batman 1989 Batmobile. The set will be available starting on Black Friday weekend, but some stores put them on shelves a bit too early. Thus, we can already find some excellent reviews from LEGO fans that were lucky enough to get the set already. Below, I will share some of these review with you. They can help with making a purchasing decision before the rush on Black Friday weekend. 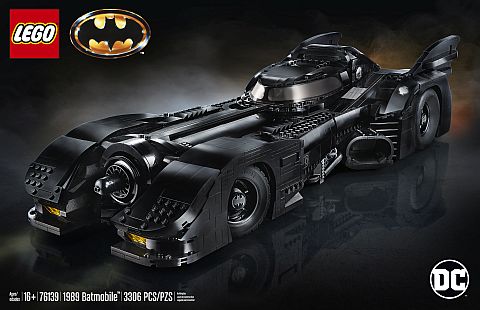 Just to recap from the original announcement (see: LEGO 1989 Batmobile Press-Release), the #76139 LEGO Batman 1989 Batmobile replicates the classic curves of the famous Batmobile car, as seen in the 1989 Batman movie. Measuring over 60 cm long and built from 3,306 pieces, the model offers a challenging and rewarding building experience. Die-hard Batman fans will love authentic features such as the slide-open cockpit with a new-for-November-2019 wraparound windshield element, two hidden machine guns with a pop-up function activated by turning the turbine exhaust, and decorative grappling hooks on each side of the vehicle. The Batmobile comes with a rotating display stand (with an attached information plate with 1989 Batmobile statistics) for ease of viewing from any angle. The three new-for-November-2019 minifigures are Batman with a cape that matches his 1989 movie outfit, The Joker, and Vicki Vale. A brick-built minifigure display stand is also included. 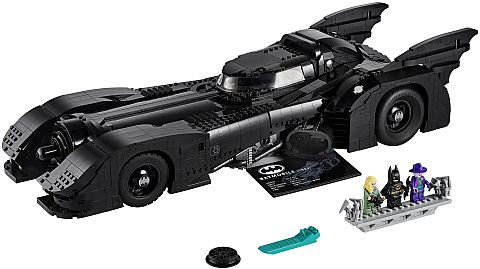 The 1989 Batmobile measures over 4” (12cm) high, 23” (60cm) long and 8” (22cm) wide. As you can see in the video-review below by Brick Depot, it is similar in length as the #42056 LEGO Technic Porsche 911 GT3 RS and the #42083 LEGO Technic Bugatti Chiron. Due to the large size, the frame of the Batmobile is built with LEGO Technic elements (you can see the assembly in the speed-build videos in the player above). There are also some neat features and interesting building techniques, throughout the set, which the videos will walk you through.

I was happy to see that the instruction booklet includes pictures and other info of the real Batmobile. And as far as the minifigs, I particularly like Batman’s awesome one-piece hood and cape! Another thing worth mentioning is that the 1989 Batmobile is in-scale with the #76023 LEGO Batman Tumbler released in 2014. 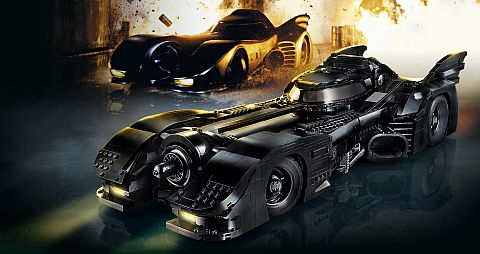 As I mentioned above, the #76139 LEGO Batman 1989 Batmobile is launching as part of LEGO Black Friday event and those who purchase the set between the 29th of November and the 5th of December will receive an exclusive mini replica of the original model as a free gift available in limited quantities. 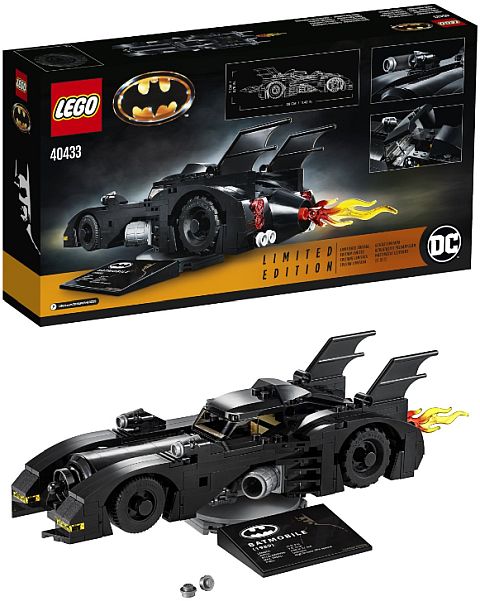 While it’s not always worth staying up until midnight EST to purchase a new LEGO set, it may be a good idea this time just to make sure you don’t miss out on the #40433 LEGO Batmobile – Limited Edition freebie. It’s a nice little set that is going to be very popular with collectors. For more pictures and other details, visit the LEGO DC Super Heroes section of the Online LEGO Shop. 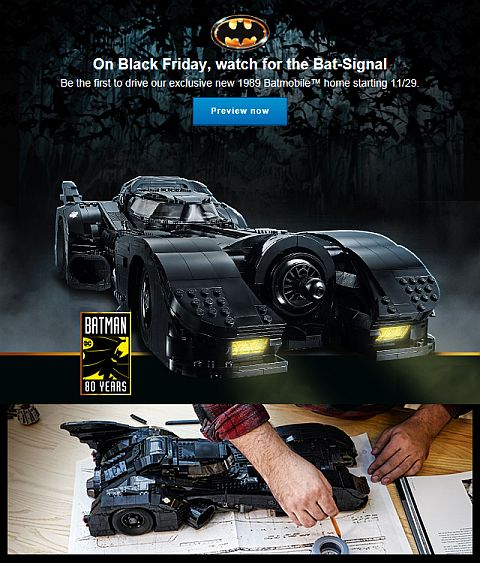 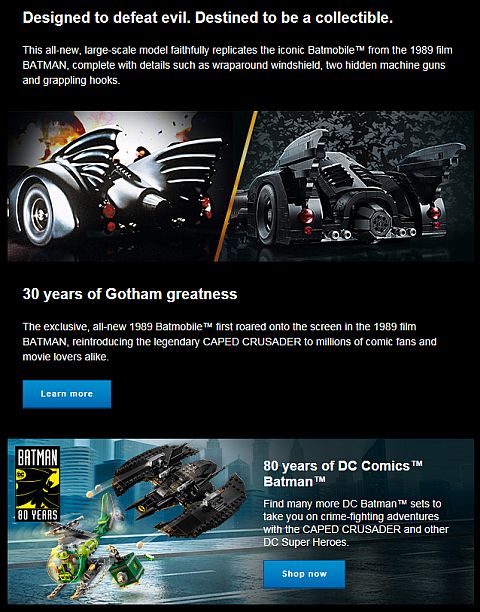 What do you think? How do you like the LEGO Batman 1989 Batmobile now that you had a chance to check out some video-reviews? Is this a set you would like to get? And how do you like the mini version? Feel free to share your thoughts and discuss in the comment section below!