Tips for reversing the Direction of LEGO Studs

by Thita (admin) on November 27, 2019
in Building Techniques

We’ll start off by trying to get studs on both sides. This is useful when you want to be able to add details to both sides of a creation, or when you’re building a sideways landscape and need studs going the opposite direction for the other half of your creation.

One of my favorite ways to flip studs is the cheese-slope method. This is a very smooth solution, great for times when you don’t have room to hide a complicated inversion method. Since you’re using a brick and a plate, it’s elegant from all four sides. It’s important to put the cheese-slopes in the plate first, otherwise they might get pushed all the way inside the brick. If that happens to you, don’t sweat, it’s usually pretty easy to pry the cheese-slopes out with a pocket knife or the back end of a LEGO wrench. This technique also works with larger bricks, such as 2×3 or 2×4 bricks.

A bit of a variant on the previous technique, the second solution uses double cheese-slopes. The advantage is that the cheese sticks out of the bricks, so you don’t have to worry about it getting stuck. 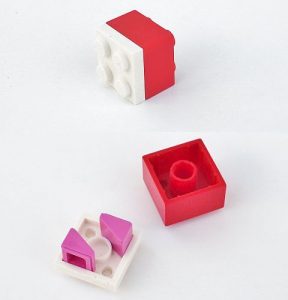 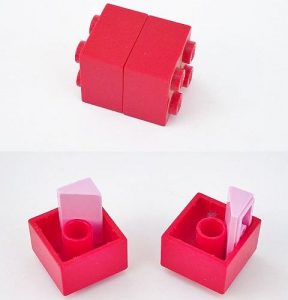 Another variant, just to show the potential of the technique: a single cheese-slope in between slopes (see below on the left). Remarkably sturdy, and if you didn’t know better, you’d probably think I’d glued the slopes together. That’s how smooth the connection looks!

The technique on the right is mathematically quite complicated. If you just need to flip something over and the height is not important, it might be useful, but the two studs sticking out on the top make it less versatile. Still, these bracket pieces are good to keep in mind when you’re flipping studs. 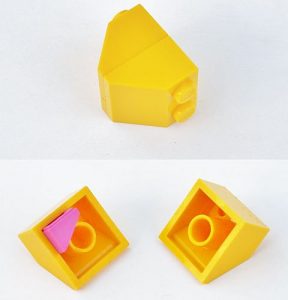 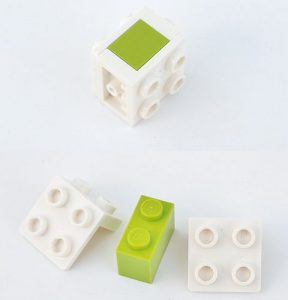 Next, we’re back with the brackets. The solution on the left is five the plates high, with a connecting 2×2 tile that could be hid in the back of your creation.

The technique on the right is one I just recently ran across. It’s simple, sturdy, and only one brick wide, so it’s great for those times when you haven’t got much wiggle room. 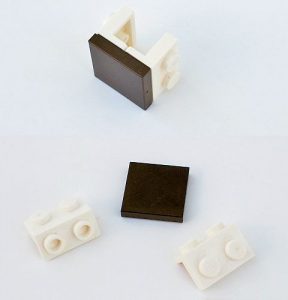 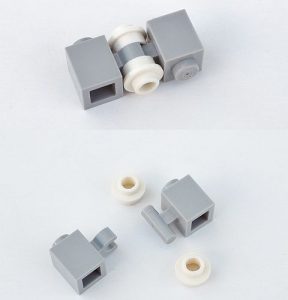 The technique on the right is another “illegal technique”. Not only is it illegal (a stud in a LEGO Technic pinhole creates stress), but for some reason this technique doesn’t line up quite right mathematically. Notice the tiny gap between the 1×1 plate and the base of the headlight brick. However, it works well in ordinary situations and if you use bricks that are the same color of your creation, you can probably incorporate it pretty seamlessly. 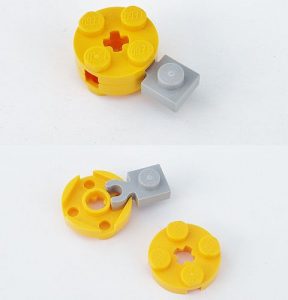 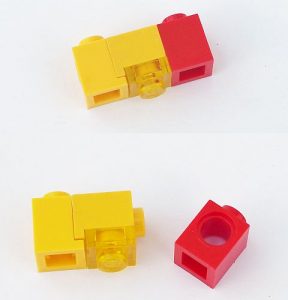 One last technique for double-sided studs is this clip method. Another “illegal technique”, this measures three studs long and is one plate thin, though the clips in the middle do impose some limitations. Of course, you could also use a clip along with a plate with bar, which would no longer stress the elements but is liable to bend. 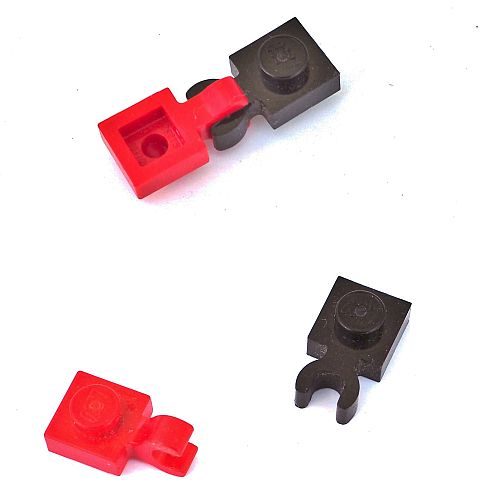 Now let’s discuss stud-to-stud connections! These are great whenever you want to stick something onto your baseplate upside-down. Maybe an upside-down tree, or tracks using anti-studs, you name it. We’ll start with a tiny connection. If you avoid pushing these two pieces completely together, you can measure for a one-brick high connection. If you do push them together, they’ll be hard to take apart afterwards. Friendly warning.

A touch higher than a brick, the second technique is elegant and has been used on its side to build medieval streets. 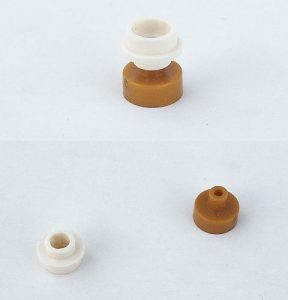 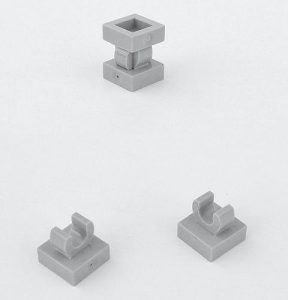 Another technique I stumbled upon recently is one on the left below. Height-wise it’s a bit inconvenient (1 brick + 1 plate + the lip of a headlight brick), but it’s pretty neat and maybe someday you’ll need to flip studs with just that height space in between.

Moving on to some larger techniques, the technique on the right is the counterpart of our previous five-plate high bracket solution. 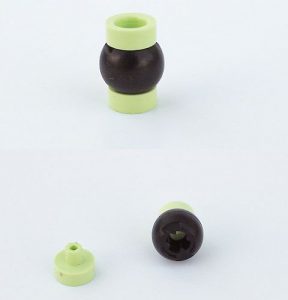 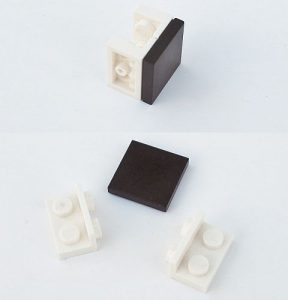 The technique on the left below involves a sideways brick in the middle. It’s another “illegal technique”, and it can be used with several variations such as 1×1 plates instead of jumpers on either side.

And, we’ve saved the best for last: the technique on the right is probably my favorite way to flip studs. It’s compact, very sturdy, and can easily be built in lots of different colors. 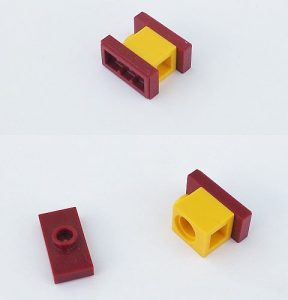 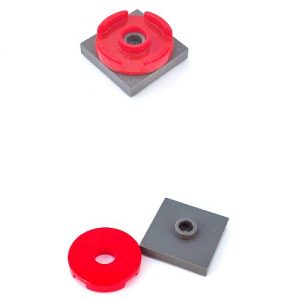 What do you think? How do you like the techniques we discussed here? Have you used any of them before? Are any of them new to you? Are there any other favorite techniques you have for rotating LEGO bricks 180 degrees? Any questions on how to use them? Don’t hesitate to share your thoughts in the comment section below!