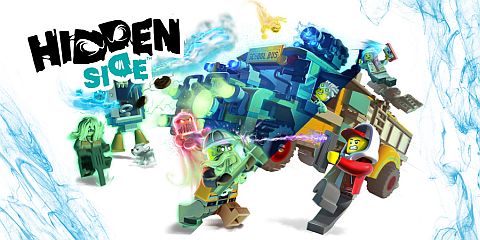 ➡ LEGO HIDDEN SIDE – FACE YOUR FEARS: This was the pilot episode of the series, a short version of which was first revealed at the San Diego Comic-Con earlier this year. In the video-player below, you can watch the full 5-minute long episode. Here is the synopsis: The School can be as scary place. Especially if the sun is setting, you are thirteen years old, and the school is haunted. Meet Jack and Parker – two pupils of Newbury Middle School – who also happen to be paranormal investigators. Using their smart-phones and an advanced ghost catching app, they are about to take their first step in unraveling the mystery of the haunting of Newbury and then enigmatic Lady E.

➡ LEGO HIDDEN SIDE EPISODE 1 – VLOG HOG: Now that we are familiar with the main characters, the full episodes can begin. These are also short, but quite enjoyable. You can watch the episode by selecting the second video in the player above (or just let them play one after another). Here is the synopsis of Episode 1: Jack Davis and his ghost-hunting gang are getting ready to live-stream their nighttime expedition inside the Newbury Graveyard. What ghosts are creeping through from the Hidden Side here? And can you even catch ghosts in a graveyard if there’s no free wi-fi? Watch to find out!

➡ LEGO HIDDEN SIDE EPISODE 2 – SINK OR SWIM: It seems like the episodes aren’t really connected to each other, as in this episode we are on a different ghost-hunting mission. You can watch the episode in the player above, and here is the synopsis: Hard work reaps reward, but two Newbury fishermen catch a little more in their net than they bargained for! Jack, Parker, and the ghost-hunting gang rush to their rescue, but who will sink and who will swim in their hunt for a mad pirate ghost?

➡ LEGO HIDDEN SIDE EPISODE 3 – DON’T CHOKE NOW: This episode was posted just last week, and takes us to yet another ghost-hunting mission. You can watch the episode in the player above, and here is the synopsis: Once the finest establishment in Newbury, the Shrimp Shack has now succumbed to the Hidden Side gloom. Although the menu is not quite what it used to be, Chef Anomalo still knows just how to treat his guests – and make sure they stay for dessert! Can Jack and Parker pull their bacon out of the fire before it’s too late? 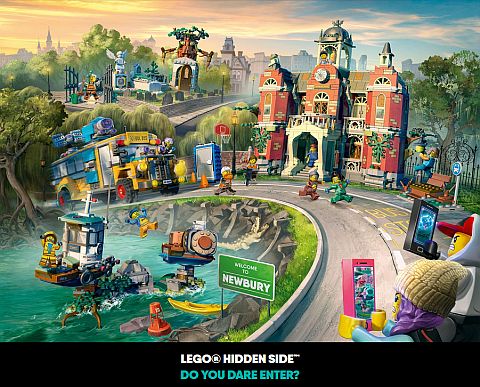 So far, only the above-mentioned four episodes have been released, but new episodes are posted on LEGO’s YouTube channel every Wednesday. I will try to remember to add them to the playlist above as they come out, and you can also find them directly on LEGO’s YouTube channel. And if you haven’t done so already, also take a look at the LEGO Hidden Side sets at the Online LEGO Shop.

Previous post: Building a LEGO City on a Budget