So far, LEGO released ten new LEGO Marvel Super Heroes sets this year. Although many of them are juniorized sets made for younger builders, some of them can be interesting for older fans as well. I thought it would be a good idea to go through them all. 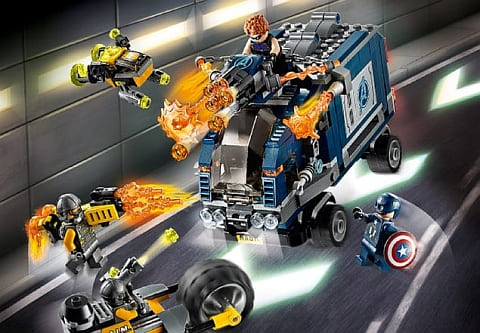 ➡ 2020 LEGO MARVEL AVENGERS SETS: The #76142 LEGO Avengers Speeder Bike Attack is a slightly larger set with Black Panther’s bike and three minifigs; Black Panther, Thor, and an AIM Agent with jetpack. I think the bike actually looks pretty cool, and some of the accessories also appear to be very useful for greebling. A neat little set overall. The price is $19.99, which is not bad. The #76143 LEGO Avengers Truck Takedown comes with so much firepower! Just look at all those trans-orange elements! And that’s not all. The truck has a secret 6-shot crossbow contraption that can be folded out for maximum firepower. The four minifigs are Captain America, Hawkeye, and 2 AIM Agents with speeder bike and drone. Watch the video-review below to see all the details of both sets. The price is $39.99, which, again, is quite reasonable for what you get. Both sets are available at the LEGO Marvel Super Heroes section of the Online LEGO Shop.

➡ LEGO AVENGERS HULK HELICOPTER RESCUE: The #76144 LEGO Avengers Hulk Helicopter Rescue is also obviously for younger builders, but it does come with exclusive minifigs that could be interesting to collectors. The Hulk and purple-armored Rescue (a.k.a. Pepper Potts) are both exclusive to this set. The other three minifigs, Black Widow and the two Chitauri previously appeared in the #76126 LEGO Avengers Ultimate Quinjet released last year. The helicopter features two triple stud-shooters and a cool function to drop the Hulk onto enemies. Plus, you also get the Chitauri’s Leviathan creature and a stud-shooting flyer for aerial battles. The set is $59.99, which is high if you only care for the minifigs, so I would suggest waiting until you can find it on sale.

There is also another set we already know about that is going to be released in March. The #76162 LEGO Marvel Super Heroes Black Widow’s Helicopter Chase will include Black Widow, Yelena Belova, and Taskmasker. The retail price is going to be $29.99. See picture below. 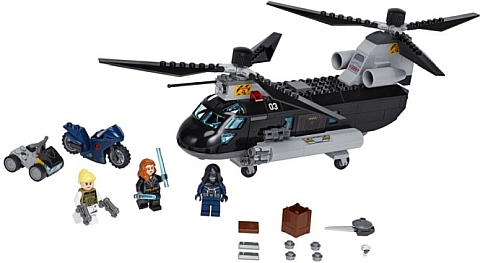 What do you think? How do you like the 2020 LEGO Marvel Super Heroes sets? Do you have any of them already? Feel free to share your thoughts and own reviews in the comment section below!

Next post: Vote for the Next LEGO Star Wars UCS Set!