As we discussed at the beginning of the year, eleven new sets were released for LEGO Star Wars fans this month. It’s not a big wave, and most of the sets are small microfighters and battle packs, but they won’t break the bank either. Small and reasonably priced sets like these are fun for play and army-building, and could be a welcome break for Star Wars fans between all the awesome big sets and Ultimate Collector Series sets. So, let’s take a closer look at what we got!

➡ 2020 LEGO STAR WARS MICROFIGHTERS: The #75263 LEGO Star Wars Resistance Y-wing Microfighter features resistance heroine Zorii Bliss from Star Wars: The Rise of Skywalker with her very cool helmet. The #75264 LEGO Star Wars Kylo Ren’s Shuttle Microfighter features Kylo (with his upgraded helmet with red highlights) is also from The Rise of Skywalker. Both of these sets are $9.99 each, and come with one starship and one minifig. The #75265 LEGO Star Wars T-16 Skyhopper vs. Bantha Microfighters on the other hand is inspired by Star Wars: A New Hope, and is basically a double set with a T-16 Skyhopper with a pilot minifig, and a brick-built Bantha with a Tusken Raider minifig for $19.99. All three sets are very fun! Watch the review below for more details.

➡ 2020 LEGO STAR WARS BATTLE PACKS: We have two new battle packs this year. The #75266 LEGO Star Wars Sith Trooper Battle Pack comes with four absolutely cool minifigs from Star Wars: The Rise of Skywalker; a Sith Trooper, two Sith Jet Troopers with jetpacks, and a First Order Officer. Plus, we also get a small First Order Stormtrooper Speeder. We already talked about the #75267 LEGO Star Wars Mandalorian Battle Pack inspired by The Mandalorian TV show with four different Mandalorian warriors. Just get these sets. They are really awesome and only $14.99 each. They are available at the LEGO Star Wars section of the Online LEGO Shop. 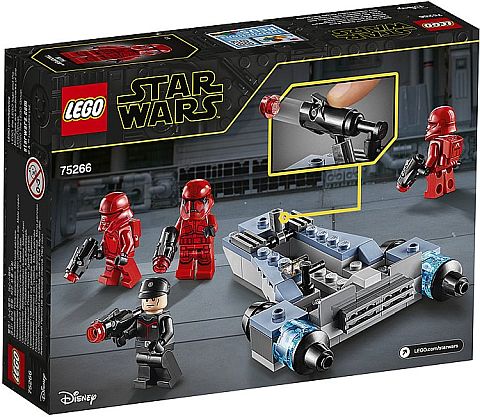 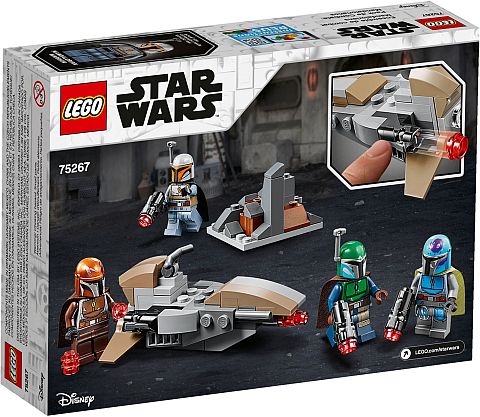 ➡ #75268 LEGO STAR WARS SNOWSPEEDER: This is a 4+ set, meaning that it is specifically made for younger kids who are just transitioning from DUPLO to regular LEGO. The Snowspeeder is built on something called a Starter Brick, which is basically a one-piece chassis to help children build and also keep the model sturdy during play. Besides the Snowspeeder, the set also includes a Speeder Bike, a tiny chunk of Echo base, and two minifigs; rebel pilot Wedge Antilles and a Snowtrooper. The price is $19.99, which is high based on the piece count, but the playability is solid (literally). Available at the LEGO Star Wars section of the Online LEGO Shop. 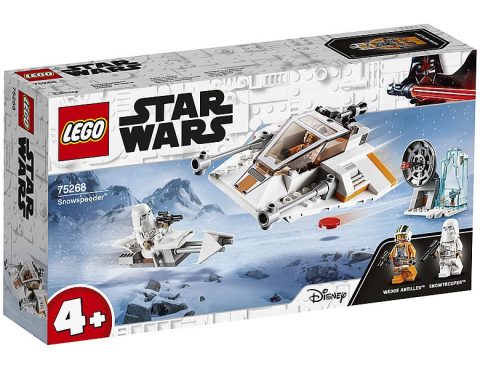 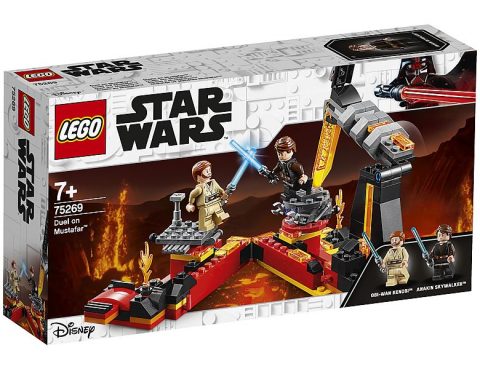 ➡ #75272 LEGO STAR WARS SITH TIE FIGHTER: Now we are onto the bigger sets! The #75272 LEGO Star Wars Sith TIE Fighter is from Star Wars: The Rise of Skywalker film. It features an opening cockpit and two spring-loaded missiles. There’s also a docking tower for launch and landing, and to display the TIE Fighter. The three minifigs are a First Order TIE Pilot, a Knight of Ren, and Finn. The price is $79.99. You can check out the details of the set in the video-review below. Also, just a reminder that this set is currently offered with Double VIP Points at the LEGO Star Wars section of the Online LEGO Shop.

➡ #75273 LEGO STAR WARS POE DAMERON’S X-WING FIGHTER: Star Wars fans love collecting X-wings! Disney knows that, so they are giving us a new X-wing with a different color combination, and I have to say it looks pretty cool! Includes R2-D2, Poe Dameron, a Knight of Ren, and Jannah from Star Wars: The Rise of Skywalker film. The price is $89.99. You can watch the full video-review below by JANGBRiCKS, and check out the set at the LEGO Star Wars section of the Online LEGO Shop.

I’m a big fan of smaller LEGO Star Wars sets like these. They offer an easy way to collect key characters, build armies, zoom around ships, and in general have a great time without breaking the bank. 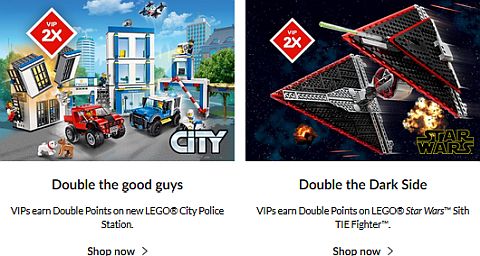 What do you think? How do you like the new LEGO Star Wars sets? Are you planning to get any of them? Or do you have some of them already? Feel free to share your thoughts and discuss in the comment section below!