A couple of days ago, we discussed the large selection of new sets released for the New Year (see: January 2020 – New LEGO Sets & Promotions). However, there are a couple of small, but still very useful supplementary sets I forgot to mention under the LEGO Xtra collection. We talked about LEGO Xtra sets previously (see links at the end of this post). In summary, they are small and inexpensive sets with many useful pieces to enhance your LEGO scenes. 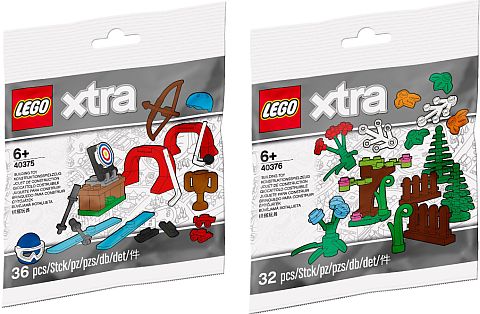 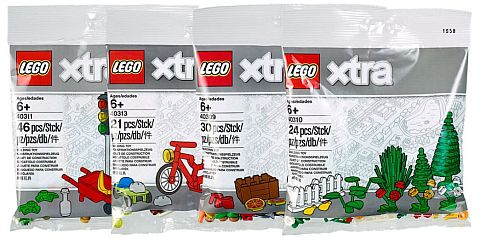 For 2020, we get two new packs. The #40375 LEGO Xtra Sports Accessories features an array of LEGO sporting equipment, including hockey sticks, goals and a puck, roller skates, ice skates, a buildable archery target and bow, skis and ski poles, minifigure helmets, and a trophy. I really like that proper ski poles and hockey sticks were included, instead of just using the standard rods. 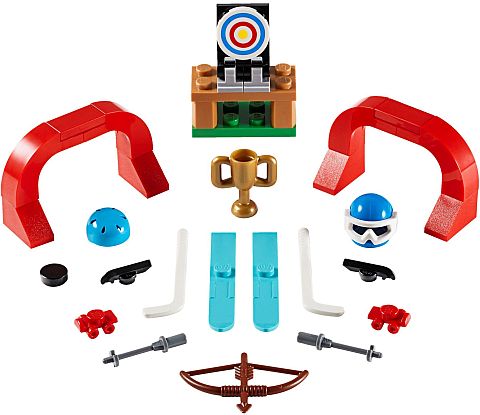 The #40376 LEGO Xtra Botanical Accessories is quite similar to the previously released the #40310 LEGO Xtra Botanical Accessories, but there are some differences as well. The earlier set comes white fences, flowers in three different colors (white, yellow, and red) along with flower stems, three different larger plant moulds, a couple of different size leaves, and some yellow frogs. The new set comes brown fences, tree leaves in white and lime-green, two different flowers in three colors, two moulded trees, one brick-built tree, and small flower stems and leaf pieces. These are some of the most useful of all the LEGO Xtra sets, and the good news is that both of them are available at the same time, so you can easily stock up on botanical accessories. 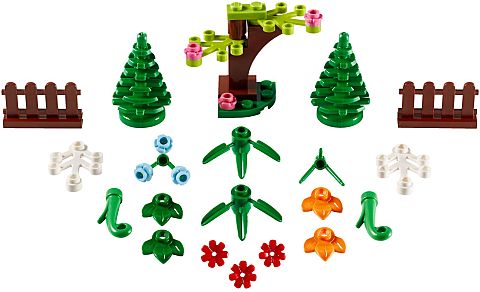 I’m very happy to see that LEGO is continuing to release LEGO Xtra packs as they are super useful. Some of the packs are mostly for modern city builders and you may not need a ton of them, but others, like the food and botanical accessories could be used in large quantities for many different settings and time periods. All nine packs released since 2018 are still available, and the limit on them is 50 per household, so you can get plenty for your customizing needs. They are available at the LEGO Xtra section of the Online LEGO Shop. 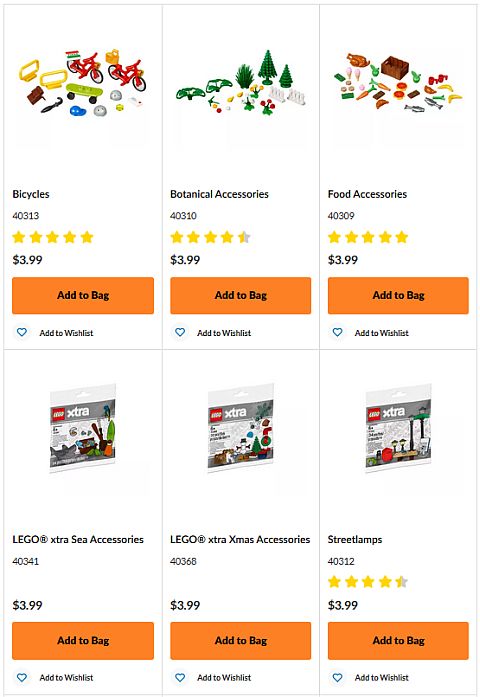 What do you think? Do you have any of the LEGO Xtra packs? Which do you find the most useful? And what other accessory packs would you like to see in the future? Feel free to share and discuss in the comment section below!