As you may know already, at the beginning of the month, LEGO released a new series of collectible minifigures, this time focusing on DC Super Heroes. Each mystery bag contains one of sixteen different superhero or villain characters from the DC Universe. Some of the characters are well known while others are more obscure, so we will take a look at the characters with the help of Mike Rytter from Beyond the Brick, who did quite a bit of research on them. 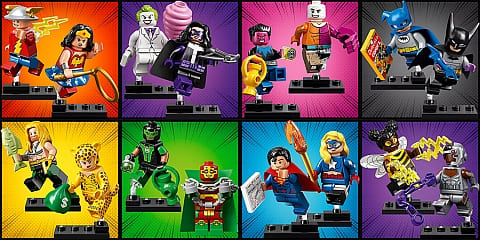 Each of the minifigs comes with various accessories, as well as a brand new trans-clear element, called the “posing brick”. This piece allows attaching the minifigs in various angles and dynamic poses, and is one of the coolest parts in the series. According to Mike, some of the packs come with two of these pieces, while others only include one. 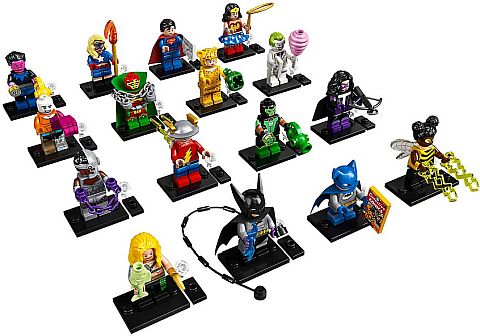 All of the minifigs are highly detailed with both printing and dual-moulding on pretty much all body parts. LEGO designers definitely did their research as they characters are very accurate to their original comic version. Some interesting pieces are Aquaman’s claw hand, Bumblebee’s new hairpiece, a new helmet for The Flash, Batman’s long-eared cowl, and Bat-Mite’s floppy eared cowl. Watch the video below to learn more about each of the characters and how they fit in the DC Universe.

Having so many unusual and rare characters makes this series greatly desirable to collectors. Unfortunately, the price was increased to $4.99 per packet, which will make people hesitant from purchasing random minifigs, and will likely turn to the secondary market to buy the exact characters they want. The limit at the Online LEGO Shop is 59 minifigs per household, which will probably give you one of each character, but there are no guarantees. Hopefully, a full box version will be available soon. You can find them listed at the LEGO minifigures section of the Online LEGO Shop. 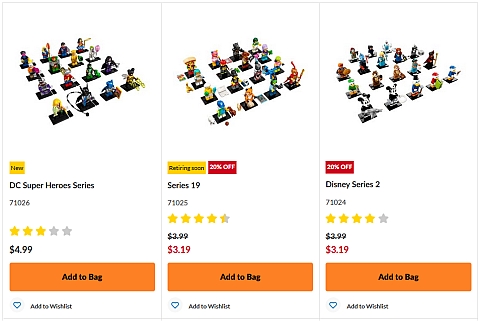 What do you think? How do you like the LEGO DC Super Hero Collectible Minifigures? Are you planning to collect them? Do you have some of them already? Which one is your favorite? Feel free to share your thoughts and discuss in the comment section below!

Next post: LEGO is Running an AMA on BrickLink

Previous post: The Art of the Brick in Denver & More!