News on the U.S. version of the LEGO MASTERS TV show continues to roll in as we get closer to the premiere. For previous updates about the show and the contestants, check the links at the end of this posts. Since the last time we talked about the show, a preview trailer has been released and the guest judges have been announced, so there is a lot to talk about. 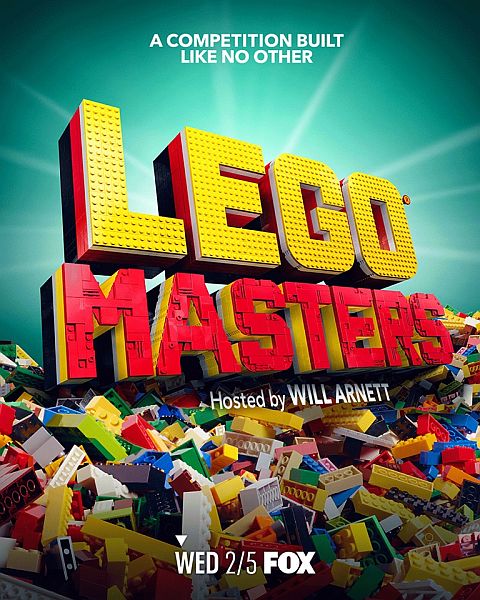 First, let’s take a look at the trailer because it’s super fun. The host of the show, Will Arnett, introduces us to the competition by declaring that the winner will go home with the official title of LEGO MASTERS, $100,000, and a fancy LEGO trophy. Each episode of the series will see the contestants compete in challenges that will either move them ahead or get them eliminated. To get taste of what all of that looks like, watch the trailer below.

That looks like a lot of fun, isn’t it? In addition, FOX announced celebrity guests who will also participate in the show, including Mayim Bialik, Terry Crews, Nicole Byer and The LEGO Movie writers and directors Phil Lord and Christopher Miller. These special guests will join host Will Arnett throughout the show’s premiere season, debuting Wednesday, February 5th (9 p.m. ET/PT) on FOX. 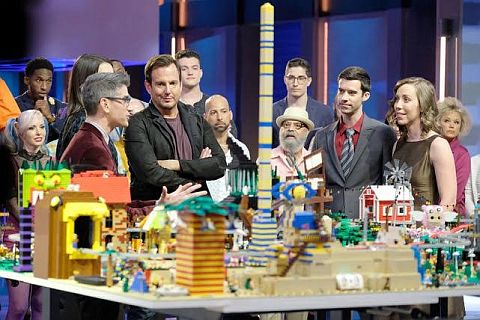 Actress and producer Mayim Bialik (The Big Bang Theory) will help the contestants pair LEGO-building expertise with their knowledge of the universe in a space-themed episode. Terry Crews (Brooklyn Nine-Nine) steps in to help Arnett encourage the contestants in a Good vs. Evil challenge that has major implications on the competition moving forward, while Nicole Byer (Nailed It!) comes to set to facilitate great LEGO storytelling in a Story Book-themed episode. 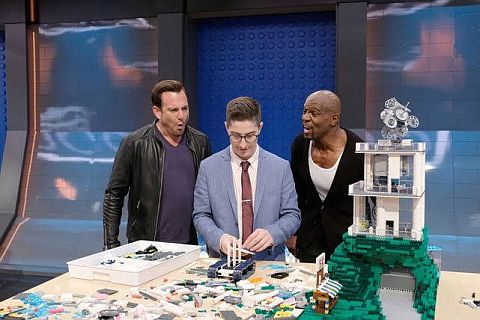 Star Wars fans will not want to miss some extra special guests in the Star Wars-themed episode of LEGO MASTERS, during which Arnett and guests BB-8, C3PO, and R2-D2 challenge the contestants to build their own droids and replicate iconic scenes inspired by the beloved film franchise. Additionally, Lord and Miller, who also are LEGO connoisseurs, provide an assist in a Movie Genres-themed episode. The head judge for the show will be celebrated LEGO designer Jamie Berard.

As I mentioned above, LEGO MASTERS will premiere on Fox in the USA on Wednesday, February 5 at 9.00pm ET/10.00pm PT. Anthony Dominici will executive-produce the FOX series, along with Sharon Levy, DJ Nurre and Michael Heyerman from Endemol Shine North America, Karen Smith and Steph Harris from Tuesday’s Child, and Jill Wilfert and Robert May from The LEGO Group. Will Arnett also serves as an executive producer. LEGO MASTERS will be produced by Endemol Shine North America, Plan B and Tuesday’s Child under license from The LEGO Group, for The LEGO Group. 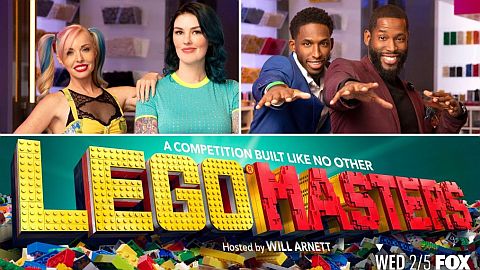 What do you think? Are you planning to watch LEGO MASTERS? Feel free to share your thoughts and discuss in the comment section below!

Next post: How LEGO Bricks Are Tested for Safety