You have probably seen it in the news that Australia is currently experiencing a catastrophic bushfire crisis with an estimated 16 million acres burning, over 2,500 buildings lost (including over 1,300 homes), and at least 25 people killed, including volunteer firefighters. Although December to March is the bushfire season in Australia, the fires this season are regarded as one of the worst in recent history. You can read about bushfires in general on this Wikipedia page, and on the 2019-20 fires on this page. 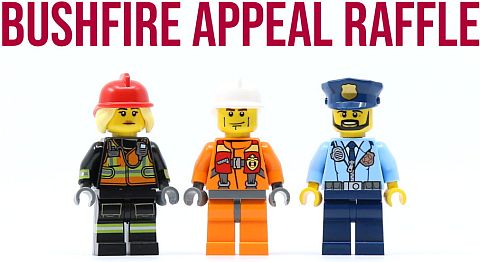 So, why are we talking about bushfires today? Well, the fires have created a pretty major humanitarian crisis with thousands of people forced to evacuate, and those remaining being cutoff from food, water, and other essentials. LEGO fans in Australia are impacted as well, either directly or indirectly. Jay, a fellow LEGO fan and Ambassador who run’s JaysBrickBlog.com, started a fundraiser by raffling some rare and collectible LEGO sets from his own collection to raise donations for the Australian Red Cross. At the time of this writing, over $4,000 were raised already for the Red Cross. Jay writes the following on his blog:

We’ve been engulfed in an unprecedented bushfire crisis for the last few months, which have intensified due to recent heat waves as we enter into Australia’s summer. It’s really terrifying, and my heart goes out to the thousands of people displaced, who have lost their homes and family members, to the firefighters and emergency services doing their utmost best to help, and for the towns that are still bracing for the worst.

I currently live in a relatively safe area, where I’m not being threatened by bushfires, and yet, there’s this sense of collective dread and sadness, hearing story after story come in from affected areas. I’ve been thinking of what I can do to help, and outside of personally donating to charities where I can, my thoughts turned to this blog, and the audience that I’ve been blessed to have. I also am sitting on a stupid amount of LEGO, that’s just lying about in storage which can hopefully be of some good.

I’d like to see if, we, as a bunch of people passionate about LEGO, can come together and do some good and raise some money for the bushfire crisis. Thousands of readers land on this blog each day, and if each person would donate a dollar, we’d be able to raise a significant amount of money to help with the bushfire crisis. I’ve started a donation through Paypal, where any donation amount is appreciated.

All proceeds will go towards the Australian Red Cross who have been doing amazing work supporting people on the ground. I will also be donating 30% of all blog advertising and affiliate revenue from December on top of this donation amount.

For every AU$1 you donate, you’ll receive one (1) raffle entry, to win some prizes from my personal LEGO collection. This means that a $10 donation, will net you 10x raffle entries. I will handle the cost of postage worldwide, to anywhere that can receive mail.

You can read more about the fundraiser as well as the LEGO sets Jay is donating for the raffle at Raising Funds for the Australian Bushfire Crisis page. In addition to Jay’s donations, others also jumped onboard, donating their own sets as prizes. Aussie bloggers, Richard from TheRamblingBrick.com and John from BricktasticBlog.com, donated several sets, and other readers pledged sets from their own personal collections. You can find them on the same page. 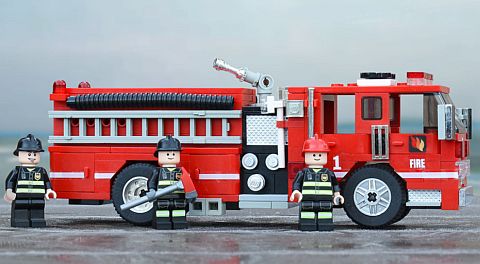 While the fires are a great tragedy, it is also an opportunity for the LEGO fan community to come together and help out. However, please don’t feel compelled to donate if you can’t, or have already contributed in some other way. You can also just share the opportunity with friends and family, or hold your own fundraiser event. Jay listed some helpful resources on how to donate to wildlife/animal rescue, firefighters, and other aid organizations in the area.

So, check out the raffle page, and help in any little or big way if you feel inspired. It all counts. And if you have other ideas for helping out feel free to share them in the comment section below.