There are two sets LEGO is offering with Double VIP Points this month: the #70432 LEGO Hidden Side Haunted Fairground and the #41393 LEGO Friends Baking Competition. Both sets come with great play-features, so let’s take a look. 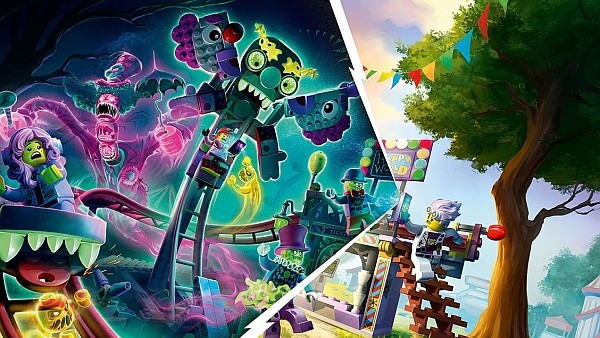 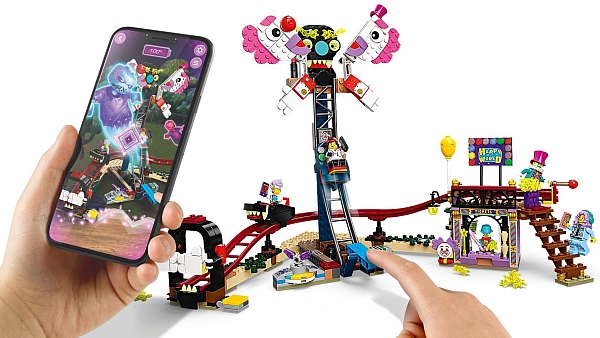 One of the most impressive features of the LEGO Hidden Side sets is the incredibly detailed minifigs. In this set, we get Jack with a highly detailed and double-moulded cap and white hoodie, Parker get a brand new hair/headphones combo, J.B. is the same as in previous sets but with new facial prints, and the two clowns are Jimbo Loblo and Terry Top. The clowns come with translucent accessories to make them haunted. These are great pieces to work with, especially the new piece that allows the hip to look tilted. Very cool! 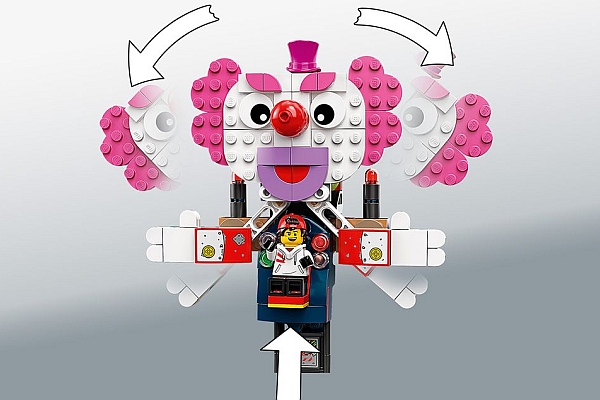 As far as the play-features of the set, there are two fairground rides, both of them using the fairly new-ish rollercoaster tracks in two colors. Just like in the previous LEGO Hidden Side sets, revealing various colored tiles activates certain activities within the app. I don’t have a device to try this out with, but from what I have seen, it’s fun to play with. I would note though that the app is not essential to enjoy the LEGO Hidden Side sets. So, if you don’t have a device with VR capabilities, you will still have plenty of fun. 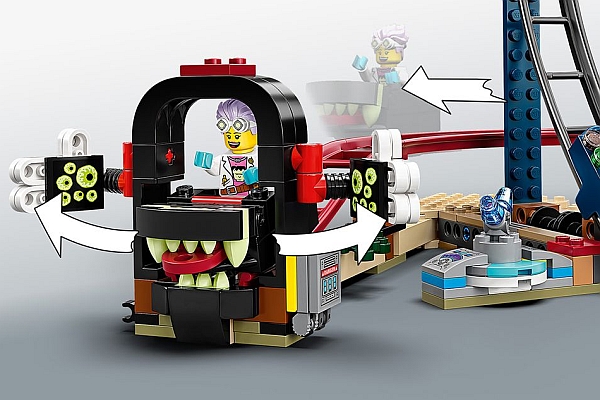 I think this set would also look great with the LEGO Creator and LEGO Friends fairground sets. You know… to add a bit of spookiness. In the video-review below, you can see the set in more detail, and if you want to check it out it’s available at the LEGO Hidden Side section of the Online LEGO Shop.

The #41393 LEGO Friends Baking Competition is my most favorite LEGO Friends sets this year. It comes with so many of the new cake frosting elements in two sizes (2×2 and 4×4) and two colors (light-aqua and brown)! And you get towns of ice-cream pieces too in four colors (white, pink, light-aqua, and brown). The set basically depicts a baking competition between David at the lime-green station and Stephanie at the yellow station, and judged by Lillie in the chef’s hat. 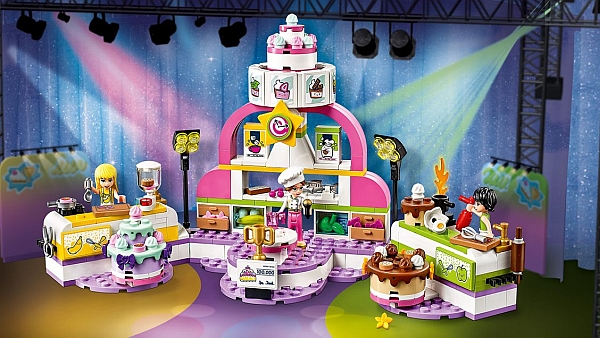 How the play-feature works is that there is a spinning wheel over the stage with a star in front. You spin the wheel, and whatever cake the star ends up pointing to is what the contestants will have to bake. There are eight choices; a chocolate banana cake, a chocolate whipped cream cake, a strawberry whipped cream cake, a blueberry cake, a cake with cherries on top, a chocolate and cookies cake, an apple cake, and a stinky fish cake… just to throw off the contestants. In the numerous times I have tried spinning the wheel, it lands on the stinky fish cake a suspiciously high number of times, which makes me think that this competition is rigged! 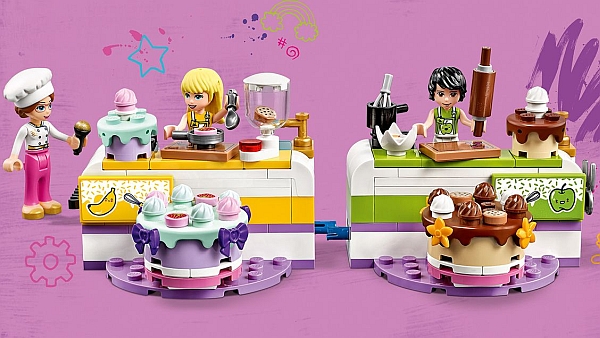 A notable feature of the set is that the cakes from the pictures could actually be recreated from the included pieces. You can stack the colored layers of the cakes any way you want, and put on the frosting pieces in any combination. (Notice that the top of the wheel is also a cake, and those pieces can be reused as well). In addition, there are tons of little decorative elements to represent frosting and toppings (fruits, chocolate bar, cookies, ice cream tops, flowers, bows, and yes, a stinky fish too). Besides the decorations you see on the displayed cakes, those drawers and cabinets you see at the back of the stage are filled with extra toppings as well. 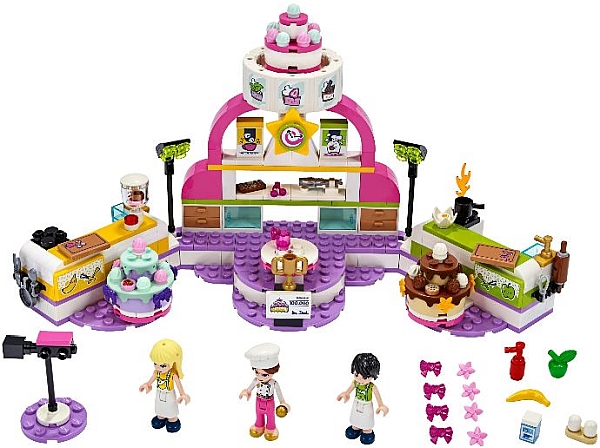 I should also mention that you get tons of kitchen and baking utensils, the cake stands in front of the baking stations rotate, and the three sections of the set (the center stage and the baking stations) are modular, so they can be configured in different ways. And of course, the three mini-dolls look awesome with nicely decorated torsos. Gosh, I love this set! I have included the product demo below so you can see the play-features, and you can get the set at the LEGO Friends section of the Online LEGO Shop.

If you are in the mood of shopping for new LEGO sets, I would highly recommend either or both of these. And remember, both of these sets come with Double VIP Points until the end of the month, so you also earn and you spend. And, until the end of this week, you will also get a free LEGO Hidden Side set with purchases of $45 or more, so you can take advantage of that as well: SHOP LEGO HIDDEN SIDE & SHOP LEGO FRIENDS

What do you think? How do you like these two sets? Are you planning to get either of them? Or do you have them already? Feel free to share your thoughts and own reviews in the comment section below!